The Hearing Review published many excellent articles this year, and picking my favorites was more difficult than in any other year in recent memory. Here is my Top-10 list, along with a number of articles that just as well could have been listed in the Top-10. HR thanks all our wonderful contributors in 2013.

Other “Must Read” Articles and Pages in 2013

The Importance of Captioned Telephone Service in Meeting the Communication Needs of People with Hearing Loss?

Captioned service telephones and their usefulness by consumers with all degrees of hearing loss—from mild to severe. (March 2013)

How to Verify Wireless Technology

“Any way you slice it—big professions, doctoring professions, female segregated professions—women make less than men, especially if they’re in with a bunch of other women,” writes Dr Dunn. (Sept 2013)

Why You Should Say “Yes” to the Age-old Question of “Should I Use an Assistant??

By Gyl A. Kasewurm, AuD?

As hearing healthcare practices are faced with declining reimbursement, increased competition, and a declining workforce, the question has become “Can we afford NOT to use assistants in our practices?” (July 2013)

Back to Basics: The Limitations and Benefits of Flared Tubing?

A couple of “old tricks” from the pre-digital age still prove to be very useful. (Sept 2013)

A first-hand account of the fitting of President Reagan. (Fall 2013 Hearing Review Products)

An excellent update on the ongoing strife between the three major audiology organizations to support their members’ ability to serve Medicare beneficiaries. (August 2013)

There are subtle linguistic differences between many of the world’s languages that are not taken into account by the language-specific SII or the LTASS. (April 2013)

Examples of teleaudiology in use today and ideas about how you can employ this technology in your practice today. (August 2013)

Dr Martin tells a wonderful story about a wonderful patient: “I heard a cat,” she once told me. “It makes a funny sound.” I can still see the smile on her face when she said that. (June 2013)

The Final Word: Don’t Judge a Patient by His Prius…

Like it or not, we live in a world of stereotyping and in a field that uses large-set group averaging. But patients are individuals, and we need to analyze their individual results and preferences to determine an optimal fitting. (June 2013)

The reason why “Balance Clinic Packages” were suddenly being promoted to physician groups that had not previously shown any interest in vestibular testing. (March 2013)

The utility of the AMER has increased dramatically due to its relatively easy and important contribution in diagnosing auditory neuropathy spectrum disorder. (February 2013)

Has Costco Become King of US Hearing Aid Retailing?

With an annual growth rate of 26% during the last five years and about 500 hearing aid dispensing outlets staffed by trained and licensed professionals, Costco has emerged as perhaps the dominant retail force. (September 2013) 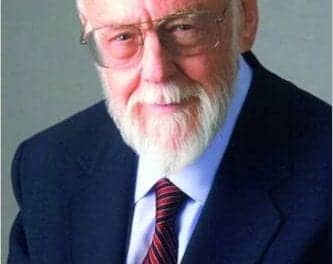 Get ready for the Upper MidWest Audiology Conference in February