Children are a marvel. As a parent of two boys (ages 4 and 8), I think there is a good argument that they’ve taught me as much about life as I’ve taught them. Not the least of which is the need for keeping your eyes open to new possibilities. After a waterlogged vacation in which my 4-year-old son spent all his (our) time in the lake and pool, he now proudly wears a pair of goggles on his head and, when asked to take them off, states rather matter-of-factly, “But I’m a diver guy.” Kids remind you that small things in life are to be enjoyed and that “this is not a dress rehearsal” (except, of course, when you’re a 4-year-old diver guy).

In this month’s HR, guest editor Jerry L. Northern, PhD, has assembled an eye-opening collection of case studies that demonstrate the complexities—and stress—that pediatric audiologists must face on a daily basis. Four master clinicians describe the complexities of children with hearing loss (and, in three cases, auditory neuropathy spectrum disorder), and one cannot help but be struck by the tremendous responsibility that these professionals take on—and the precious stakes that rest on their skills and their (and the parents’) decisions. This is definitely not a dress rehearsal.

I recently attended a seminar in which the presenter described the case of a young boy whose parents, after many months, brought him into the clinic to get a second audiological opinion about his hearing aids, which they believed were not helping him. Through testing and an examination of the records, it was discovered that no real-ear measurements had been done, resulting in a hearing aid fitting that was essentially an earplug on top of a significant hearing loss. Although I didn’t know this boy or all the circumstances behind the situation, my blood was boiling. I’m not sure what my response as a parent would have been if that was my child. What I do know is that this mistake should not have occurred. And the point is that—even though all patients, young or old, depend on the skills and dedication of hearing care professionals to improve their quality of life—the fact is that pediatric audiologists play a decidedly crucial role in the development of children. Add to this those cases where results and findings are not “clear cut,” or the parents are not exactly Ozzie and Harriett, or the mitigating factors make things far more convoluted, and my relatively stressful job as an editor quickly becomes, by comparison, a Jimmy Buffett song.

In his introduction, Dr Northern addresses some of the professional challenges and rewards inherent in pediatric amplification. He certainly knows through first-hand experience. The staff of The Hearing Review would like to thank Dr Northern for guest-editing the special section on Amplification in Pediatric Audiology. We think you’ll enjoy it, and, as always, look forward to your comments. 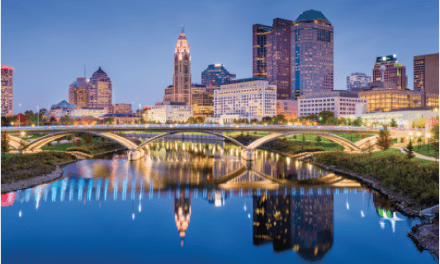 AAA 2019 Being Held in Columbus, Ohio, this Week