The Walk4Hearing program sponsored by the Hearing Loss Association of America (HLAA), Bethesda, Md, has surpassed its fundraising goal of $1 million for 2009.

Mike Orscheln, president and CEO of Phonak, a Walk sponsor, served as the first business team chair for the Chicago Walk4Hearing. Other national sponsors included Advanced Bionics, HearUSA, IBM, and Sorenson SIP Relay. Harold Salters, director of federal regulatory affairs for T-Mobile, a major sponsor of the program from its inception said, “Every year, participation by our employees and others increases and we share HLAA’s excitement about the greater turnout and awareness of hearing loss issues throughout our communities and nation.”

Washington Redskins safety, Reed Doughty, who has had a hearing loss since childhood, was the honorary chair for the Washington Walk4Hearing and was featured in a public service announcement aired by Comcast SportsNet. The Washington Redskins Charitable Foundation also showed its support by donating a “Kids Kick-off” ticket package.

Across the country Walk4Hearing sites experienced an increase in the number of teams, with 600 registered. They also welcomed participation from a greater number of families with children with hearing loss. Alliances were formed with various schools systems, schools for students who are deaf and hard of hearing, universities, hearing loss-related organizations, and audiology programs. Alliance groups share in the proceeds.

Lauren Harman of Yardley, Pa, who walked in the Garden State Walk4Hearing, will spend a week at the Spa and Golf Resort in Ixtapan de la Sal, Mexico, as winner of the 2009 Walk4Hearing raffle prize drawing of top fundraisers. 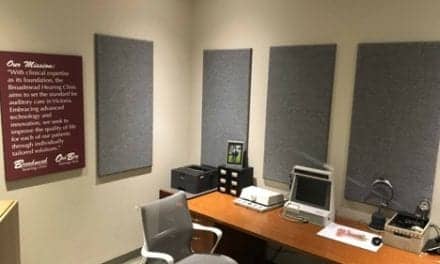