Back to Basics | March 2014 Hearing Review

Actually, we should be discussing “loudness and sound level” and not “loudness and intensity.” Intensity is a rarely used concept in our field because both the amplitude (sound level) and the direction of the sound is measured. In this sense, intensity is a vector quantity (for those who like math), and unlike a sound level meter, an intensity meter is a very complex (and expensive) device.

If I was working in the realm of noise control, then an intensity meter may be useful to assist in determining where an offending noise was coming from. However, in my more than 30 years of clinical practice, I have never had a need to measure the intensity of something.

So, having dispensed of often-misused terminology, how can we use the differences and similarities between “loudness” and “sound level” to our clinical advantage?

Musicians Like to Turn the Volume Up to 11, and Most Don’t Really Care If You Disapprove

It may be true that rock needs to be loud, but it doesn’t have to be at a high sound level. Exploiting this difference between sound level and loudness can add significantly to the hearing care professional’s toolbox of hearing loss prevention strategies.

Unlike sound level, which can be measured with a sound level meter (or even a Smartphone app), there is no loudness meter. Loudness is a subjective attribute of sound that allows us to place it on a scale going from soft to loud without relation to any physical measure. As such, loudness can be affected by background noise, the nature of the noise or music spectrum, the degree of vibro-tactic response, and even your mood or whether you have a hangover.

Add this to the fact that 85 dBA (the sound level where noise or music will start to have a long-term effect if listened to long enough), is simply not loud. We hear 85 dBA sound levels everywhere. The dial tone on a telephone land line is 85 dBA; the tone during testing of admittance is in excess of 85 dBA; and the sound of the toilet flushing (with your head in the bowl) is about 85 dBA. Humans are wonderful at discerning differences in frequency (especially those with perfect pitch), but we are not great at discerning differences in sound level. And this makes sense: a change in sound level does not yield a linguistic change in meaning because it is not linguistically distinctive. Imagine a language that ascribes a different meaning to the vowel /a/ as in “father” if it was spoken at a louder level. That language just wouldn’t work. Shouted speech would have a different meaning than softly spoken speech.

More bass. One strategy that is frequently used when counseling musicians is to turn up the bass. This is something that many rock musicians do in any event and, besides, rock music sounds cooler that way. This increase in low frequency sound energy “deludes” the musician into thinking that the music is at a higher sound level than it really is—the musician feels that it is loud, but at a lower sound level. Since it is sound level that contributes to hearing loss and not loudness, I feel that I have done a good day’s work!

More vibration. Another way to “delude” a musician is to provide vibro-tactile feedback in addition to listening to the music. There are some devices on the marketplace with various trade names such as Bass Shakers™ or Tactile Sound Transduces™ (www.sensaphonics.com). These can be bolted to the vertical bar on the seat of a drummer or bolted onto a 1-square-foot piece of 3/4” plywood and placed in the playing area of the drummer or bass player. When a bass note is played or a bass drum is hit, this ultra-low frequency sub-woofer loudspeaker vibrates and this causes the musicians in the area to feel that the music is sufficiently loud…but at a lower sound level.

Both cases—turning up the bass and using additional vibro-tactile loudspeakers/vibrators—can be very helpful, and both are predicated on the fact that sound levels can be reduced while still maintaining adequate loudness. Rock and roll just needs to be loud but not intense (… I mean, “but not at a high sound level”). 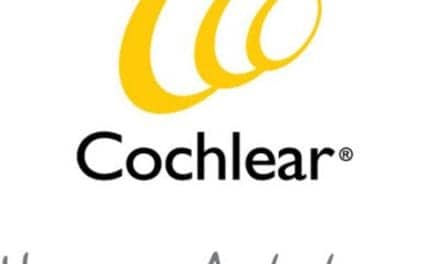