“This is a first step toward developing a biomarker of autism severity—an objective way to assess someone’s place on the ASD spectrum,” says co-author Sophie Molholm, PhD.

A new study by researchers at Albert Einstein College of Medicine of Yeshiva University suggests that measuring how fast the brain responds to sights and sounds could help in objectively classifying people on the autism spectrum and may help diagnose the condition earlier. The paper was published today in the September 23 online edition of the Journal of Autism and Developmental Disabilities.

The US Centers for Disease Control and Prevention estimates that 1 in 68 children has been identified with an autism spectrum disorder (ASD). The signs and symptoms of ASD vary significantly from person to person, ranging from mild social and communication difficulties to profound cognitive impairments.

“One of the challenges in autism is that we don’t know how to classify patients into subgroups or even what those subgroups might be,” said study leader Sophie Molholm, PhD, associate professor in the Dominick P. Purpura Department of Neuroscience and the Muriel and Harold Block Faculty Scholar in Mental Illness in the department of pediatrics at Einstein. “This has greatly limited our understanding of the disorder and how to treat it.”

Autism is diagnosed based on a patient’s behavioral characteristics and symptoms. “These assessments can be highly subjective and require a tremendous amount of clinical expertise,” said Dr Molholm. “We clearly need a more objective way to diagnose and classify this disorder.”

An earlier study by Dr. Molholm and colleagues suggested that brainwave electroencephalogram (EEG) recordings could potentially reveal how severely ASD individuals are affected. That study found that children with ASD process sensory information—such as sound, touch, and vision—less rapidly than typically developing children do.

The current study was intended to see whether sensory processing varies along the autism spectrum. A total of 43 ASD children aged 6 to 17 were presented with either a simple auditory tone, a visual image (red circle), or a tone combined with an image, and instructed to press a button as soon as possible after hearing the tone, seeing the image, or seeing and hearing the two stimuli together. Continuous EEG recordings were made via 70 scalp electrodes to determine how fast the children’s brains were processing the stimuli.

The speed with which the subjects processed auditory signals strongly correlated with the severity of their symptoms: the more time required for an ASD individual to process the auditory signals, the more severe that person’s autistic symptoms. “This finding is in line with studies showing that, in people with ASD, the microarchitecture in the brain’s auditory center differs from that of typically developing children,” said Molholm.

“This is a first step toward developing a biomarker of autism severity—an objective way to assess someone’s place on the ASD spectrum,” said Molholm. “Using EEG recordings in this way might also prove useful for objectively evaluating the effectiveness of ASD therapies.”

In addition, EEG recordings might help diagnose ASD earlier. “Early diagnosis allows for earlier treatment—which we know increases the likelihood of a better outcome,” said Molholm. “But currently, fewer than 15% of children with ASD are diagnosed before age 4. We might be able to adapt this technology to allow for early ASD detection and therapy for a much larger percentage of children.”

The study was primarily supported by a grant from the National Institute of Mental Health (MH085322). 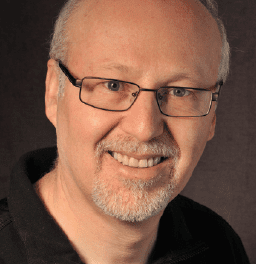 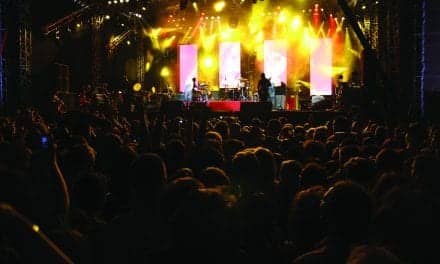