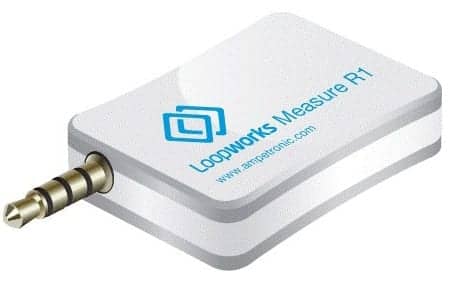 Listen Technologies Corporation, a Utah-based designer, manufacturer, and distributor of assistive listening products and US distributor of Ampetronic, a provider of audio induction loop systems for assisting individuals with hearing loss, has announced its launch of the Loopworks Measure system, a new induction loop measurement system and continuation of the Loopworks concept first launched in 2014.

According to an announcement from Listen Technologies, the LoopWorks Measure system combines a multi-platform iOS App, a self-calibrating receiver, and several online tools and resources. The Loopworks Measure App and R1 Receiver are supported by the Loopworks online database and reporting tools that automate the process of collecting data and creating certification or test reports that give users direct access to support from loop experts.

Loopworks Measure is intended to bring together improved value, performance measurement, and ease of use to create a new end-to-end Hearing Loop measurement system. The system’s features include: iOS device: Loopworks Measure will work with an iOS phone or tablet running iOS 8.0 or later. It requires an Internet connection to set up, and to sync with the database, though is not required during testing. [The company notes that until Android hardware provides more consistent and adequate audio performance, the Measure system will remain exclusively for iOS devices].

The App: The Receiver works via the App, which is available free from the iTunes store. The Loopworks Measure App + Receiver can be used in simple meter mode, and users can sign up for an account to access the full range of Loopworks functions and to save data or record audio. Create an account on the Ampetronic website.

Loopworks: An Ampetronic?hosted database allows all test data to be stored, where it can be commented on and edited into reports and test certificates. Distributor branding and contacts will be visible to all users, ensuring the distributor is the primary contact for customers.

Ampetronic reports that it will provide online training resources for the Measure platform. This includes a downloadable quick-start guide, reference manual, webinar introduction, and a number of instructional video packages. These will all be accessible through the Loopworks portal.

According to the companies, the Measure R1 device can be purchased direct from Listen Technologies. The purchase price of the Measure R1 includes free access to the Loopworks system for 12 months. After this time there will reportedly be a recurring fee each year to access the premium features of Loopworks, which also provides ongoing support and storage of data. Users not wishing to use the database will still be able to use Measure as a capable measurement tool, but without reporting or data storage. 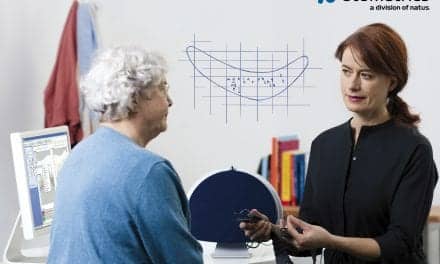