Washington, DC—A revised policy statement from the Joint Committee on Infant Hearing (JCIH; seven organizations, including the American Academy of Pediatrics) recommends that pediatricians take the lead in ensuring that all infants are screened for hearing loss by age 1 month, diagnosed with hearing loss by 3 months, and engaged in full intervention services by 6 months.

Since 2000, when the JCIH first recommended that all infants be screened for hearing loss, the number of screened newborns dramatically increased from 38% to 95%. However, almost half of the children who failed hearing screening tests did not receive appropriate, timely follow-up care.

The position statement has received applause from both the American Academy of Audiology (AAA) and the American Speech Language Hearing Association, and both of these organizations are holding seminars to update their membership on the new guidelines.

IHS Makes for “A Sound Bet” in Reno

Livonia, Mich—With the theme, A Sound Bet, the International Hearing Society (IHS) held its 56th Annual Convention and Expo in Reno, Nev, during the last week of September. The convention was highlighted by an educational program that included several sessions on open fittings and advanced hearing instrument features, a convention floor with over 50 exhibitors, and many events for attendees.

At the annual membership meeting, IHS President James Ogurek, BC-HIS, said that 420 new members joined the society during the last year, and IHS has continued work on open-access issues on the state and federal levels. IHS Legislative Counsel Tim Waters presented his 33-year perspective on the often-contentious battles between and within the hearing health care disciplines.

During the convention, Denson (Denny) Dingler III, BC-HIS, ACA, was presented with The Hearing Review Professional Leadership Award. Dingler, who has run a dispensing office in Inverness, Fla, since 1984, has served on the board of the International Institute of Hearing Instruments Studies (IIHIS) and has been the chairman of the IIHIS Licensing Exam Writers Committee, as well as served as the director of the Florida Hearing Society.

The Hearing Journal’s Joel S. Wernick Award for Excellence was presented to Larry Ferris, BC-HIS, San Antonio, Tex. Ferris is secretary of IHS, governor of its Southwest Territory, has been a leader of the Texas Hearing Aid Association, and has been an exemplary dispenser for 27 years. 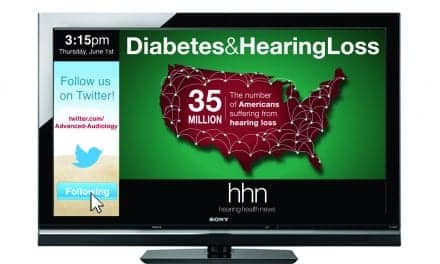 An Incubator of Passion: Engagement in the Waiting Room 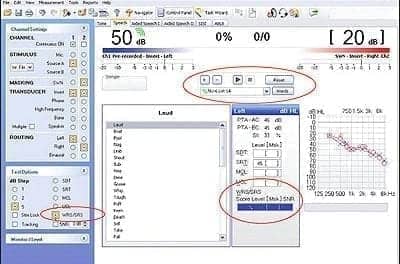 Innovative Clinical Tools in the Modern Era of Audiometry