Under the auspices of HTF, China Advanced Hearing Advisory Board (CAHA) was founded in 2005. CAHA is composed of highest level of academic and government authorities in China’s hearing health care field and is becoming the absolute key opinion leader in China audiology development. The fifth CAHA meeting was developed as China Audiology Summit 2008. The objectives of this event were: linking hearing health care professionals in eastern and western between developed and developing countries; improving international communication and cooperation; building an open platform; increasing social awareness on hearing impairment; and promoting the prevention, evaluation, diagnosis, and rehabilitation technology.

China Audiology Summit (CAS) 2008 was conducted on November 16 to 18, 2008 in Shanghai, and is the highest-level conference in the hearing care field in to date in China. It was organized by Hearing the Future Project and Otorhinolaryngology-Head and Neck Surgery Subcommission of Chinese Medical Association. The theme of this year’s summit was “China Audiology Development & Pediatric Audiology Technology.” The summit’s academy chairperson was Professor Han Demin, and the chairperson of the organizing committee was Dr Mei Feng Dingxiang. Attendees of this summit were 170 elites coming from China and overseas including government, hospitals/rehabilitation center, distributor channels, such as: Dr Young-An Ku from WHO, Xiang Qian from Ministry of Health of China, Prof Richard Tyler from University of Iowa of America , Prof René Dauman from University of Bordeaux of France, Prof Suchitra Prasansuk from Thailand, Prof Michael Tong from Hong Kong China, and Prof Hendarto Hendarmin from Indonesia.

All of the guests highly praised this summit’s high level and international standards. The summit also gained recognition from WHO officer Dr Ku, who expressed that CAS 2008 was a very successful event and he planned to report the outcomes of the summit to WHO and hoped the Hearing the Future can share the experience with other countries. Prof Demin commented that CAS 2008 was a milestone in China’s audiology field; also he reminded all attendees to apply the outcomes reached in the summit and develop CAS to be the most vital platform for China’s hearing and rehabilitation field.

Submitted by: John A. Nelson, PhD, VP – Audiology, ReSound Brand Center. In November 2008, he had the opportunity to attend and present at the first China Audiology Summit in Shanghai. He says it was a great milestone for audiology in China, with many attendees from around the world including the United States. 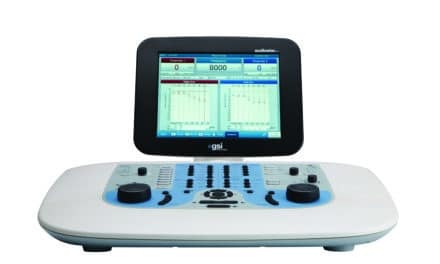 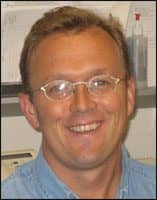 A Working-person’s Guide to Quality and Productivity:Part 1: How to Measure and Improve Quality in Your Practice