In most cases, noise-induced hearing loss (NIHL) develops slowly and is not recognized until it has an impact on one’s ability to communicate. An exception to the rule occurs when hearing loss results from exposure to impulsive noise, such as from the recreational hunting and shooting that affects tens of thousands of people. Ringing of the ears and a feeling of fullness often follows unprotected or under-protected exposure to weapons fire; these symptoms suggest better protection is needed for future exposures.

NIOSH recommends that exposure to peak impulsive noises not exceed 140 dB SPL. That is, exposure to one event at 140 dB SPL would constitute 100% of a person’s daily allowable noise exposure. The OSHA-permissible exposure limit for impulsive noise is also 140 dB SPL. However, peak level is not the sole factor for hearing damage. Other factors, such as the duration and number of impulses, also have an effect on the resulting hearing loss. In an indoor firing range, reflected sound (reverberation) also becomes an important factor.

Considering the likelihood of incurring a NIHL, NIOSH recommends that hunters and shooters use double hearing protection every time a weapon is fired. Double protection involves wearing both earplugs and earmuffs. The best combination is a deeply-inserted foam earplug and a well-seated earmuff. Special care must be taken to ensure the earmuff remains sealed against the side of the wearer’s head when safety glasses are worn.

Electronic level-dependent or sound-restoration earmuffs may be convenient to wear during target practice or when hunting. These devices typically have a microphone on the outside shell of one or both earcups; this microphone picks up the sound outside the protector and provides input to an internal amplifier. The amplifier connects to a speaker inside the earcup, thereby allowing the wearer to hear the ambient sounds at a safe level (usually limited to < 85 dBA). When the ambient sounds exceed 85 dBA, the amplifier provides less gain and eventually shuts off so that the wearer receives the full passive attenuation of the earcup. A key question is whether the amplifier’s response is fast enough to avoid passing through harmful noise from high-level impulsive sources such as firearms.

NIOSH examined the performance of several types of hearing protectors with a variety of firearms. Earplugs were able to reduce the peak SPL by 10-30 dB and standard earmuffs yielded 20-38 dB of peak reduction. Level-dependent protectors were tested with the volume set for unity gain, maximum gain, or turned off. At unity gain the sound under the protector is as loud as when no protector is worn. The peak reduction was mostly unaffected by the change in the volume setting. The amplifiers in these earmuffs were found to react sufficiently fast to provide the same protection level as when they were turned off. The effect of volume gain setting was minimal (Figure 1).

Law enforcement personnel are occupationally exposed to hazardous impulse noise. NIOSH investigators used an acoustical mannequin (test head) to measure noise levels produced by weapons used at an indoor police firing range. Measurements of the protected and unprotected noise levels at the ear were made while different hearing protection devices were placed on the mannequin. Figure 2 contains the noise measurements for the various weapons, which ranged from 159-169 dB (peak) which is greater than the 140 dB peak exposure guideline.

The audiology, occupational safety & health, and military communities have not reached a consensus regarding impulse noise and the risk of hearing loss. US Military Standard 1474D yields estimates of the daily allowed number of rounds fired that seem to be unacceptably high (one calculation using a protected waveform under an earmuff yielded 3,000 shots for a Colt AR-15 rifle). Other calculations suggest that 100 to 1,000 is the maximum recommended shots. NIOSH has proposed the following formula for determining the maximum number of shots per day:

where N is the allowable number of shots and PI dB is the peak impulsive level of the sound under the hearing protector (earmuff and/or earplug).

Based on the peak levels in Figure 2 and the peak reductions in Figure 3, the police officers would be exposed to peak impulse levels of 130-140 dB SPL. Applying the NIOSH formula yields an allowable number of shots of 1-10 shots per day. This proposed formula is a conservative estimate and makes no compensation for the duration of the impulse or its frequency content. Applying the NIOSH formula to the double-protected data increases the allowable number of shots from 100-1,000 per day.

As shown in Figure 4, the amount of noise reduction for a 12-gauge shotgun using the David Clark Model 27 earmuff is 31 dB; the peak level was reduced from 161 dB (red line) to 130 dB SPL (blue line). With the earmuff alone, the number of shots recommended by NIOSH would be 5 per 24-hour period. The addition of a deeply-inserted foam earplug adds another 21 dB to the attenuation, increasing the allowed number of shots to more than 1,200 per day. A smaller caliber weapon with a lower peak level, such as 0.22 caliber rifles with peak levels of 144 dB SPL, could be fired as many as 63,000 rounds per day if the shooter wore an active level-dependent earmuff along with a deeply-inserted foam earplug. The combination of an earmuff and a deeply-inserted foam earplug can provide as much as 50 dB of peak reduction, which is adequate in most cases.

Double hearing protection can severely compromise one’s ability to communicate when both devices are passive, linear-attenuation protectors. The use of an electronic level-dependent earmuff with a deeply-inserted foam earplug can compensate for this loss of communication ability. In some cases, the earmuff may provide sufficient gain (~20 dB) to overcome the attenuation of the earplug. 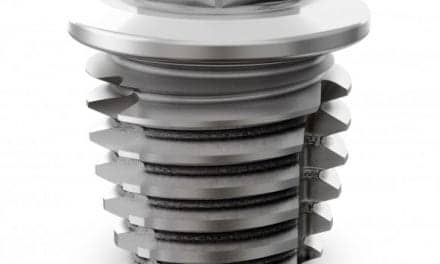 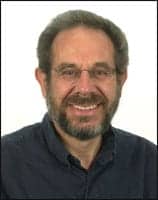