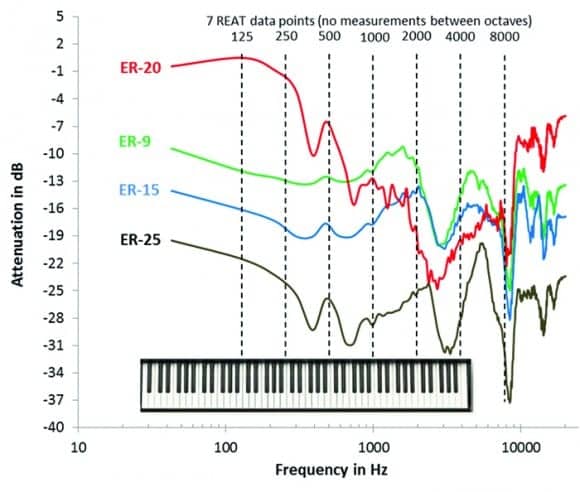 The authors respond to a recent critique of their data by Killion & Haapapuro in the November 2015 Hearing Review, and provide support for their assertions that musicians earplugs lack “flatness” in frequency attenuation.

The College of Music (COM) at the University of North Texas (UNT) is one of the largest and most comprehensive academic music programs in the world. The Texas Center for Music & Medicine (TCMM), founded in 1999 and housed in the COM, focuses on the prevention of occupational health problems associated with learning and performing music. With funding from the National Endowment for the Arts and the Grammy Foundation, the Health Promotion in Schools of Music project stimulated unprecedented interdisciplinary dialogue1 that eventually led to new health and safety accreditation standards for all tertiary schools of music in the United States.2 UNT also received the NIOSH/NHCA “Safe & Sound Award” in 2010 in response to our efforts related to hearing health.3

Research recognizes that professional and student musicians reject custom and non-custom fitted Musicians Earplugs (MEPs) because of perceived changes to the spectral characteristics of the sounds they and others are producing.4-9 Because MEPs are marketed directly to music schools with claims of flat attenuation, academic researchers are interested in the scientific methodologies used for quantifying and labeling the performance of MEPs. The purpose of this article is to: 1) Provide a rationale for why musicians’ perceptions are different from marketing claims, and 2) To respond to the recent interpretation of our research by Killion and Haapapuro in the November 2015 edition of The Hearing Review.

Claims of spectrally flat attenuation, which are used to market MEPs to music schools and musicians, are traceable to the real-ear attenuation at threshold (REAT, ANSI S12.6-2008) procedure for justifying claims.10 This laboratory-based procedure is a sound-field measurement that produces attenuation (occluded minus unoccluded) values at 7 octave frequencies ranging from 125 to 8,000 Hz. The REAT protocol does not include music stimuli or musicians as listeners, and does not assess attenuation characteristics between octave bands (eg, at 650 Hz), below 125 Hz, or above 8,000 Hz.

Furthermore, REAT measurements below 500 Hz are unreliable due to masking of occluded thresholds caused by physiological noise.11 Understanding how an earplug responds to low frequency sounds is essential because sounds generated during musical production include low frequencies.12

The REAT protocol lacks the breadth and spectral resolution needed for measuring nuanced attenuation patterns that may influence musicians’ perceptions of timbre, tone, blend, balance, etc. Based on these observations, it is clear that the REAT protocol is insufficient for quantifying “flatness” of an earplug intended for use by musicians.

In response to these limitations, we employed a test methodology that utilized KEMAR. This approach allows researchers to objectively measure how an earplug responds to any type of music. This protocol yields 233 discrete frequency-specific attenuation data points compared to the 7 frequency-specific data points generated by the REAT procedure. When systematically tested and retested in a controlled sound environment at various exposure levels, ranging from 85 dB to 109dB, this protocol provides precise and reliable data that can detect subtle differences in attenuation characteristics across earplug products.

When used to measure MEPs, the resulting 233 frequency-specific attenuation values do reveal important details for understanding how MEPs acoustically modify music.  Based on our systematic evaluations of MEPs using this protocol, our test results showed that MEPs do not provide “flat” attenuation. The data explains, in part, why musicians report that MEPs distort musical spectrum and sonority in numerous studies.4-9 Findings provide a strong rationale for why the REAT is an inappropriate test protocol for this application.

We reported our research findings in the January 2015 issue of the Journal of Communication Disorders, Deaf Studies & Hearing Aids.13 In the November 2015 issue of The Hearing Review, Killion and Haapapuro14 presented an alternative interpretation of our research. Specifically, they stated that “…the KEMAR measurements of Chesky and Amlani agree with both the Etymotic Research KEMAR measurements and the E-A-RCAL real-ear REAT measurements.” Readers should be apprised that Killion and Berger are joint assignees to a US patent for MEPs,15 and Berger is the chief scientist responsible for the 3M E-A-RCAL lab testing. Figure 1. Attenuation data for MEPs plotted to a log scale. Each line includes 233 frequency-specific attenuation data points. Vertical dashed lines are included to indicate what data would be missing when relying on the 7 frequency-specific attenuation values generated by the REAT protocol. These data show that MEPs do not provide a flat response, and validate musicians’ perceptions reported in several studies.

In addition to stating that our data agree, they argued that, if our results were plotted on a log scale, as opposed to a linear scale, our research data would show that MEPs provide a flat response. To promote this idea, they “extracted” and replotted our data points. Due to the small number of data points they selected to plot, Killion and Haapapuro’s graph looks flat. However, this “extracting” of our data is misleading.

To clarify, Figure 1 shows our attenuation values graphed on a log scale for each of the MEPs tested. This is the same data reported in our original research article.13 The attenuation values reflect the precision of our protocol and show that MEPs do not offer a flat or uniform attenuation. In addition to a piano keyboard for reference to pitch, vertical dashed lines are included to indicate what data would be missing if testing relied on the 7 frequency-specific attenuation values generated by the REAT protocol.

Our research found that the custom-fitted MEPs provided the advertised attenuation. However, the non-custom ER-20 provided only 5 dB of protection due to the lack of attentuation at low frequencies (Figure 1). The ER-20 products are sold directly to music schools through Etymotic Research’s “Adopt-A-Band” campaign. Marketing materials inform music teachers that the ER-20 “reduce sound evenly by 20 dB” when worn by elementary, middle, high school, and college students according to manufacturer’s instructions (the product is also marketed as HEAROS High Fidelity Earplugs, WestStar Earplugs ER 20, Fender Touring Earplugs, and Vic Firth VICEARPLUG).

Killion and Haapapuro responded to this finding by arguing that our test results are incorrect due to flawed positioning of the ER-20 earplug on KEMAR—causing the flanges to “fold” resulting in a slit leak. This point is scientifically unsound.

First, each insertion of ER-20 followed the manufacturer’s instructions and was photographed. Second, insertion and testing of the ER-20 earplug occurred 9 times and produced remarkably consistent results over the repeated measures. Figure 2a-c. Unoccluded (A) and occluded (B) measurements of ER-20 earplugs at 9 intensity levels. Panel 2C shows attenuation levels for ER-20 at 9 intensity levels. Measurements include 233 frequency-specific data points per series and show highly repeatable measurements that would not be possible with folded flanges and slit leaks as proposed by Killion and Haapapuro.14 ER-20 earplugs distort musical spectra and do not protect as advertised.

Killion and Haapapuro base their arguments on comparing our research results to test data they generated at Etymotic Research and the E-A-RCAL Laboratory. Research suggests that a standard fit, such as that instructed by the manufacturer (ie, the Adopt-A-Band campaign), and performed by us during our measurement protocol, can result in an 8-dB reduction in NRR, with little or no attenuation at low frequencies.16

Hearing health is quickly becoming a priority for the music discipline. Musicians, public school teachers, and university administrators are now looking for scientifically oriented details regarding feasible strategies for responding to state mandates and national accreditation standards. The audiology discipline can contribute by taking responsibility for defining phrases like “flat” or “uniform” attenuation and developing valid and reliable measurement protocols for MEPs.

Manufacturers can help by working toward a standard labeling system for MEPs—other than the NRR—and by substantiating claims with test data and the specific methods used to validate the claims, as noted in the Federal Register.17

As audiologists and researchers, we encourage unbiased, fair, and replicable research efforts by manufacturers, scientists, and musicians in order to increase our scientific integrity and our abilities to preserve the hearing health of children and young adults interested in learning music. Kris Chesky, PhD, is director of research and education in the College of Music. Amyn Amlani, PhD, is an associate professor in the Department of Audiology and Speech Language Pathology at the University of North Texas, Denton.

Correspondence can be addressed to Dr Chesky at: [email protected] 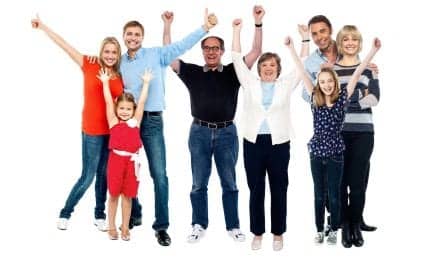