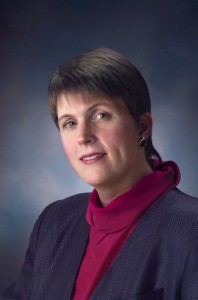 How do younger people view hearing aids and devices in the ear when they see them, and has this changed through the decades? In the October 2014 edition of the Journal of the American Academy of Audiology (JAAA),  Erik Rauterkus and Catherine Palmer, PhD, present a study that suggests the perception of ear-worn devices has changed significantly compared to similar studies done in the 1970s, 1980s, and 1990s. In those past decades, particularly the 1970s, both children with and without hearing aids responded negatively to photos of their peers wearing hearing aids—which was dubbed “the hearing aid effect.”

The new research involved 24 adults (MBA students at the University of Pittsburgh) who looked at photos of a young man reading a book and who was wearing one of five types of earworn devices:

The results showed that there was a significant difference on the judgement of younger age with him wearing earbuds (#4 above) and of trustworthiness with him wearing the standard BTEs (#1 above). There were no other significant differences between the perceptions of the photographed devices. People wearing a completely-in-the-canal aid (nothing visible in the ear) were rated significantly older than people wearing an earbud, and people wearing the standard-size BTE with earmold were rated significantly more trustworthy than people who wore the Bluetooth device.

They conclude, “These results indicate that the hearing aid effect has diminished, if not completely disappeared, in the 21st century…Of course the individuals who need to pursue amplification have to believe the stigma has reduced in order for this finding to have a positive impact on hearing aid uptake and compliance in the use of amplification.”