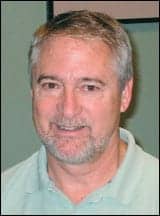 Port disasters, or how everyday activities can lead to severe microphone occlusion in a directional hearing aid

The utility of directional microphone hearing aids is fairly well accepted in current practice. Recent survey estimates suggest that nearly 50% of all new hearing aids dispensed employ directional systems,1 and many hearing care professionals argue that percentage should be even higher.

While the principles that relate external acoustic arrival delay between microphone ports and internal (beta) delay in processing are discussed elsewhere,2-4 careful matching of microphone sensitivity is logically understood to be crucial for optimal performance of the chosen directional pattern. A number of current hearing aids, in fact, operate with algorithms to continuously monitor and adjust for subtle microphone drift.

However, the integrity of the port openings in hearing aids equipped with directional microphones has received insufficient attention as part of routine client service protocols. Little comment about the issue can be found in the literature; yet, it is not at all inconceivable that casual use and handling practices may result in the clogging or occluding of the surface areas on one or more microphone ports.

A rather dramatic example was encountered recently in our private practice office in Colorado. The client complained of a “change” in the way one of his BTE directional hearing aid “noise” programs worked. He reported that the setting no longer seemed to reduce unwanted sounds from behind. Upon routine cleaning of the receiver outlet path and the microphone ports, all were clear with the exception of the rear microphone opening. Magnified visual inspection showed a yellowish brown material sealing the entrance.

The test method introduced a 75 dB digitally jittered flat noise produced by the Fonix 7000 analyzer as the input. The hearing aid was attached to a standard 2 cc coupler and positioned in such a way that the signal struck the microphone array at a 135° angle. This is reasonably analogous to the azimuth of sound coming from over and behind a user’s shoulder (without the head and body diffraction effects).

Consistent with the consumer’s suspicions, the directional performance of the device was entirely unacceptable. In fact, the directional mode showed a notably poorer (that is, increased SPL) response to sounds coming from the non-frontal region than for the omnidirectional mode (Figure 1). A permanently located guide string in the test box made it easy to reposition the hearing aid for sequential tests without introducing other variables.5,6

After the initial test, the port was cleared by a syringe-tipped vacuum treatment and retested, taking care to maintain precisely consistent conditions. A more typical, clinically acceptable directional response was subsequently observed (Figure 2). Debriefing of the hearing aid owner required a moderate amount of creative suggestion— after which he sheepishly admitted to sloppily handling a peanut butter snack.

These findings are consistent with a systematic study of the effects of severe rear port occlusion under way at the University of Northern Colorado, parts of which were previously reported.7 Systematic severe occlusion of the rear microphone port was introduced in that study using a pliable adhesive (FunTak). Very similar findings, albeit with more detail, were observed for those measures on several samples of digital hearing aid models and various manufacturers.

Not shown in Figures 1-2 are the changes noted for the overall (RMS) sound outputs for the three measures shown in Table 1. The net change of the overall level obtained by the precision analyzer was a whopping 16.3 dB additional SPL from essentially behind the hearing aid with the port occluded, compared to the open and clear position!

As a means of reverifying the effect as non-anomalous, the port was resealed tightly with FunTak without movement of the test position in the sound chamber. The resultant measure was within 0.5 dB RMS, and was essentially the same response curve as the original, peanut butter-sealed measure.

While this clinical episode represents a severe case of debris accumulating in an acoustically undesirable location, the effect was anything but trivial; the debris had significant consequences for hearing aid performance. Clinicians and hearing aid technicians presumably routinely inspect and clean the sound outlets, receiver tubes, etc. Here is clear evidence that it is equally important to provide regular surveillance of the openings of the microphone ports. Dust, lint, grease, and oils may partially or fully seal these openings. Diligent attention to this important feature of directional hearing aids should be emphasized as part of routine practice.

Severe occlusion of the rear microphone port results in a strong and measurable effect on directional mode performance. The effect may produce values, as in this case, of greater than 15 dB of increased output for non-frontally arriving sound that is otherwise attenuated by the directional processing. This is clearly the converse of clinical intention and user expectation for that processing mode.

The effect is repeat- A able and can be shown in 1 a test box procedure in a relatively short time.7 In this brief anecdotal case study, careful controls were implemented. However, simpler methods— such as stethoscopic listening tube checks while moving the orientation of the hearing aid in front of a speaker—would likely illustrate the effect as well.

Less extreme types of occlusion would almost certainly introduce less severe effects. However, the point of this report is to bring attention to the importance of maintaining good microphone port integrity. The message should also be included as part of consumer counseling. Proper maintenance of hearing aids should include keeping the microphone openings clear of obstructions and debris of every flavor— including peanut butter.

Correspondence can be addressed to [email protected] or Christopher Schweitzer, PhD, at .

A Bit of Perspective Please…