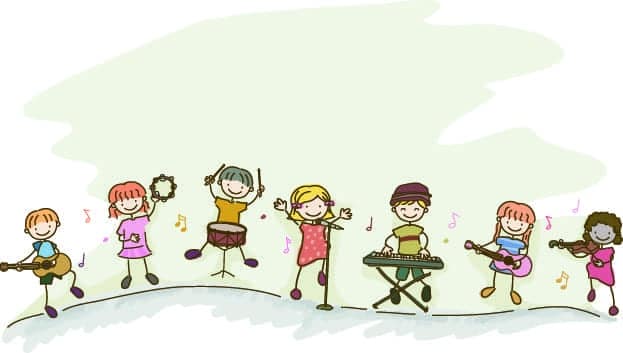 Learning to play a musical instrument or to sing can help disadvantaged children strengthen their reading and language skills, according to research presented at the American Psychological Association’s 122nd Annual Convention.

The findings, which involved hundreds of kids participating in musical training programs in Chicago and Los Angeles public schools, highlight the role learning music can have on the brains of youth in impoverished areas, according to presenter Nina Kraus, PhD, a neurobiologist at Northwestern University.

“Research has shown that there are differences in the brains of children raised in impoverished environments that affect their ability to learn,” says Kraus. “While more affluent students do better in school than children from lower income backgrounds, we are finding that musical training can alter the nervous system to create a better learner and help offset this academic gap.” Up until now, research on the impact of musical training has been primarily conducted on middle- to upper-income music students participating in private music lessons, she says.

Kraus’s lab research has concluded that musical training appears to enhance the way children’s nervous systems process sounds in a busy environment, such as a classroom or a playground. This improved neural function may lead to enhanced memory and attention spans, which in turn, allow kids to focus better in the classroom and improve their communication skills, she says.

Many of Kraus’s study participants are part of the Harmony Project in Los Angeles, which was founded by fellow presenter Margaret Martin, DrPH. In her most recent research, Kraus studied children beginning when they were in first and second grade. Half participated in musical training and the other half were randomly selected from the program’s lengthy waiting list and received no musical training during the first year of the study. Children who had no musical training had diminished reading scores while Harmony Project participants’ reading scores remained unchanged over the same time span.

Kraus’s lab also found that, after two years, neural responses to sound in adolescent music students were faster and more precise than in students in another type of enrichment class. The researchers tested the auditory abilities in adolescents from lower economic backgrounds at three public high schools in Chicago. Over two years, half of the students participated in either band or choir during each school day while the other half were enrolled in Junior Reserve Officer’s Training Corps classes, which teaches character education, achievement, wellness, leadership, and diversity.

All participants had comparable reading ability and IQs at the start of the study. The researchers recorded the children’s brain waves as they listened to a repeated syllable against soft background sound, which made it harder for the brain to process. The researchers repeated measures after one year and again at the two-year mark. They found music students’ neural responses had strengthened while the JROTC students’ responses had remained the same. Interestingly, the differences in the music students’ brain waves in response to sounds as described above occurred after two years but not at one year, which showed that these programs cannot be used as quick fixes, Kraus says.

This is the strongest evidence to date that public school music education in lower-income students can lead to better sound processing in the brain when compared to other types of enrichment education, she adds. Even after the lessons stop, the brain still reaps benefits, according to studies on the long-term benefits of music lessons. In one study, Kraus’s team surveyed college students and asked them how many years they had music training. As they found with the elementary school students, college students who had more than five years of musical training in elementary school or high school had improved neural responses to sound when compared to college students who had had no musical training.

The Harmony Project provides instruments for the students who participate five or more hours a week in musical instruction and ensemble rehearsals. The project is year-round and tuition-free based on income, says Martin. Many of the programs build full-time bands in neighborhoods where the students live and the students agree to commit to the program from elementary school through high school, she says.

“We’re spending millions of dollars on drugs to help kids focus and here we have a non-pharmacologic intervention that thousands of disadvantaged kids devote themselves to in their non-school hours — that works,” Martin says. “Learning to make music appears to remodel our kids’ brains in ways that facilitates and improves their ability to learn.”

Dr Kraus and Samira Anderson, AuD, PhD, published an article on this topic in the August edition of The Hearing Review, a special issue about music, hearing, and the brain, which was guest-edited by Marshall Chasin, AuD, and Douglas Beck, AuD. 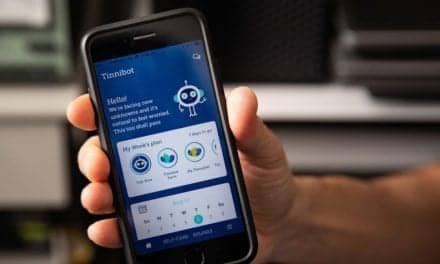