Reed Doughty, the special teams captain on the Washington Redskins football team, is featured in a YouTube video from Siemens Hearing Instruments talking about the impact of his hearing loss and what he describes as a life-transforming difference made by Siemens Aquaris hearing aids. The video, which was published on December 23, 2013, has Doughty describing his family’s inherited hearing loss—his grandmother, father, and aunts all had a range of hearing impairment. He says that he came to realize only as an adult, when it started to impact his personal life, that hearing aids were the answer.

The Hearing Review has also learned that Doughty will be at the Siemens booth on the opening day of the AudiologyNOW! Convention in Orlando on March 27.

An athlete all his life, Doughty notes in the video that hearing aid technology has improved significantly since when he was a child; gone are the previous limitations related to moisture issues when playing football, biking, fishing, or getting caught in a sudden rainstorm.

Doughty has known about his hearing loss since age 6. In the video, he advocates that kids take a modern and more proactive view of hearing aids. “I would encourage kids who are in need of hearing aids to go for it and get them,” says Doughty. “They make them small. I’m looking at my Aquaris and you can’t even tell they’re in. They enhance your communication, your relationships, you do better in school. And now with these being shock-resistant and waterproof, you can wear them while playing sports.”

“I think hearing aids can be cool,” continues Doughty. “I think they’re a tool just like glasses.”

He also describes the conditions he encounters at football training camp, how he no longer has the fear of ruining his hearing aids due to sweat or the elements, and how he can now learn new plays and benefit from auditory cues while on the field. Likewise, he addresses the wireless connectivity benefits of his Siemens miniTek device, as the video shows him using the phone, hands-free, while sipping coffee in his kitchen.

Katie Doughty, Reed’s wife, also explains how Reed doesn’t have to take the hearing aids off when playing with the kids or at the pool for fear of damaging the devices, allowing him to interact more freely with the family.

Reportedly the first of the industry’s “waterproof” hearing aids, the design of Aquaris was detailed by Josef Chalupper, PhD, and Angela Flores, AuD, in an October 2011 Hearing Review article. More recently, Aquaris was recognized by a design and engineering panel during the 2013 Consumer Electronics Show. 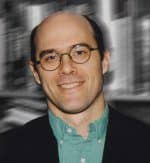 A Comeback of Sorts for CICs?