Karl StromBlame it on the Baby Boomers, of which I am a member. But it’s difficult to walk around bookstores or peruse movie listings and magazines without seeing some reference to vampires and superheroes. Our fascination with immortality and invincibility speaks to our obsession with avoiding the big problem that W.B. Yeats poetically described as a consciousness tied to a dying animal.

When placed in perspective, humans have already done an admirable job at pursuing immortality. A child born in the United States in 1900 could expect to live to 47 years old; a child born today can expect to live to 79, and many demographers believe the figure is more likely to be around 100. Since 1950, life expectancies have jumped roughly 2% per year. Dan Brown, author of The Da Vinci Code, points out in a recent edition of Time magazine that the key difference between my parents’ generation and my own is that they were “born into a world that had a third as many people as the world does today. The population has tripled in the past 85 years. Futurists don’t consider overpopulation one of the issues of the future. They consider it the issue of the future,” says Brown.

Today, it seems you cannot escape from advertisers offering shady potions that may or may not be human growth hormones, antioxidants, amino acids, and other supposed remedies for our otherwise quite natural doom. “Human cyborgs” are also gaining momentum. The concept that you not only may be able to compensate for a disability using a prosthesis, but actually improve your performance and gain an unfair advantage using that prosthesis, has been demonstrated in a number of ways. The most obvious recent example was South African sprinter Oscar Pistorius who was the first amputee to win an event at the Olympics. Although his story is now clouded by a murder charge, Pistorius set two world track records in London in 2012. Likewise, it’s not altogether uncommon anymore for a baseball pitcher to come back from “Tommy John” elbow surgery (UCL reconstruction) with a fastball that averages a few more miles per hour—a giant advantage when you’re talking about going from, for example, 88 to 91 mph.

In hearing care, it’s fairly easy to imagine a day—albeit some time from now—when we’ll be able to achieve far greater signal-to-noise ratios (SNR) using directional microphones and advanced algorithms to separate out unwanted signals. Of course, we’ve had FM and telecoil systems for decades that can result in superhuman 14 dB SNR levels, but these are not exactly seamless or ubiquitous. Today’s remote mic systems promise to offer similar and improved capabilities. As our digital world of communications expands at a dizzying pace, it’s not hard to imagine that you or future dispensing professionals will be imparting “superhuman hearing” akin to the Marvel comic book character Blue Ear (see May 24, 2012 HR Online news article, “Marvel Comics Inspired to Create a Super Hero with Hearing Loss”)!

Certainly, our present situation of extending human lifespan by 68% since 1900 seems to be preferential to attaining the immortality of a vampire. At least, this seems better than hanging out with all those vapid high-hair-spray vampire buddies, wearing a long black cape and biting strangers’ necks. For the benefit of those who really enjoy the vampire genre, I’d love to see Hollywood insert a bit more realism into vampire films. After enduring centuries of blood-curdling scrams and high frequency bat squeaks, shouldn’t Dracula and his pals be sporting a BTE? Just before sinking his teeth into his next victim, he might pause first to hit “Program 3,” which initiates a high-compression algorithm or even a soothing tinnitus therapy masker. There would then be hope that this creature of the night would have something a bit more interesting to say—after some 400+ years of flitting about people’s bedrooms—than an emphatic “Blah, blah!”

Perhaps this speaks to the point that, with its redoubled effort to find the Fountain of Youth, society should spend more time focused on the quality of life of our older people. Otherwise, Dracula’s “Blah, blah!” summation of a very long life echoes that of Gertrude Stein who said, “When you get there, there isn’t any there there.” What’s the point of celebrating multiple centennials when the last “Happy Birthday” you heard was 150 years ago? And that’s why at least part of the Fountain of Youth may be tied as much to multiple channels as multiple centennials. 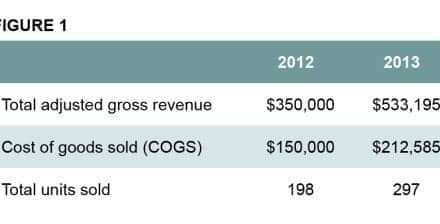 Your Business and Practice Benchmarking