The Academy of Doctors of Audiology (ADA) held its 2015 Annual Convention on November 12-15 at the Hyatt Regency Hotel in Washington, DC. In keeping with its theme, “Capitol Ideas,” a pre-convention lobbying event was held on the opening day of the conference in which over 120 ADA members and industry professionals educated Congress and staff members about the organization’s initiatives, which include the Audiology Patient Care Act, a key component of ADA’s 18×18 initiative.

The convention officially started on Thursday afternoon with ADA’s Membership Meeting, followed by the “Great American Picnic” held in an exhibition hall that featured the products and services of over 60 companies and organizations. 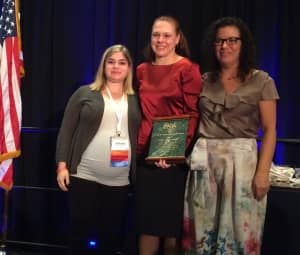 Recognizing leaders in audiology. At Friday’s General Assembly, outgoing ADA President Kim Cavitt, AuD, recognized a number of distinguished members with awards on behalf of the Academy. Receiving the Leo Doerfler Award for demonstrating outstanding clinical services in the community throughout her career was Jiovanne Hughart, AuD. The Joel Wernick Award for outstanding educational contributions within the profession of audiology was presented to Carolyn Smaka, AuD, of AudiologyOnline. The David P. Goldstein Award for contributions to the profession of audiology by promoting its transformation to a doctoral profession was presented to former ADA President Eric Hagberg, AuD.

The newly created award, the Craig W. Johnson Audiology Advocate Award, was presented in an emotional announcement by Dr Johnson’s daughter, Melissa. Craig Johnson was a founder of the Maryland Academy of Audiology and a constant advocate for both ADA and American Academy of Audiology (AAA) initiatives for years until his death in 2013. His daughter and Dr Cavitt honored Alicia Spoor, AuD, for her tireless work related to the Academy and its legislative efforts.

Brian Taylor, AuD, Amyn Amlani, PhD, and Barry Freeman, PhD, were recognized for their work on the Innovation Working Group and the ADA Practice Trends Survey, along with their numerous presentations focusing on disruptive technology. Dr Cavitt also recognized Bill Roach, AuD, for his work on the Virtual Student Chapter; Minnesota audiologist Paula Schwartz, AuD, for her superlative attention to best practices and patient care, and former ADA President Brian Urban, AuD, for his assistance during Dr Cavitt’s term as president. 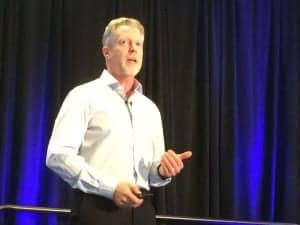 Neuroscientist Robert Cooper, PhD, was the keynote speaker at the general session.

This year’s General Session keynote speaker, sponsored by Oticon and introduced by Douglas Beck, AuD, was neuroscientist Robert Cooper, PhD. As CEO of Cooper Neuroscience Lab and Cooper Strategic—a global consulting firm that draws on a peak performance database with more than one million leaders, professionals, and teams—Dr Cooper works with elite performers and top leaders to get the most out of their brains, their time, and their performance. He provided ADA members with new findings about neuroplasticity in the brain and what he calls “upwiring” for the attainment of important personal and professional goals.

ADA President Rita Chaiken, AuD, recognized and thanked the ADA Board of Directors for their service, as well as the Education Committee. She announced that the new ADA president-elect is Angela Morris, AuD, owner of Southeast Kentucky Audiology since 2003. Dr Morris has worked as a contract audiologist for the Kentucky Commission for Children with Special Health Care Needs, the Daniel Boone Clinic, and for an ENT practice. She has served as president of the Kentucky Academy of Audiology and was a Board member for ADA, as well as the past Treasurer.

Dr Spoor was named the new treasurer of the Academy, and Christopher Hamilton, AuD, and Patricia Dabrowski, AuD, were elected to the Board to serve as a directors-at-large. 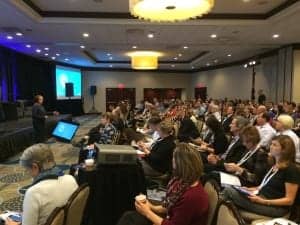 HIA’s Carole Rogin assessed the latest PCAST recommendations and placed them in context to the new MarkeTrak 9 findings.

Educational sessions. There were numerous learning opportunities for attendees, including two general sessions that focused on the dramatic changes taking place within the hearing healthcare market. Carole Rogin, executive director of the Hearing Industries Association (HIA), and long-time educator and audiologist Harvey Abrams, PhD, provided an overview of MarkeTrak 9 and insights into the controversial PCAST recommendations—which were being reviewed just across town at that very moment by the Institute of Medicine’s (IOM) Committee on Accessible and Affordable Hearing Healthcare. In a follow-up, Colin Roskey from the law offices of Alston & Bird provided review of the healthcare and hearing care legislative landscape in Washington, DC. 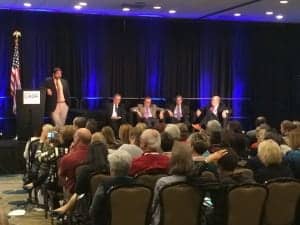 A session titled “A Business Case for Disruptive Innovations in Audiology Practice” was presented by Drs Amlani, Taylor, and Freeman, along with Ian Windmill, PhD, and Peter Marcincovich, PhD. In the session, the presenters made a strong case that the field’s products and, more worrying, its audiological services are being commoditized. They provided a business case for the adoption of new technologies and systems that have the potential to differentiate audiology for private practices. In a lively question-and-answer session, the possibility of prescribing pharmaceuticals in the future—in light of increasing progress and investment in pharma treatments for hearing loss, tinnitus, and other hearing problems—was discussed, along with what might be necessary to prepare students and university programs for these changes.

In addition to the above general sessions, nearly 30 concurrent sessions were offered ranging from “The Current State of VA Audiology” by Lucille Beck, PhD, to “Issues in Tinnitus: 2015” by Douglas Beck, AuD. Other special events included a Live Business Plan Competition and numerous informal meals and gatherings in and around the exhibition hall.

Sensaphonics' Santucci Named to AAA Board 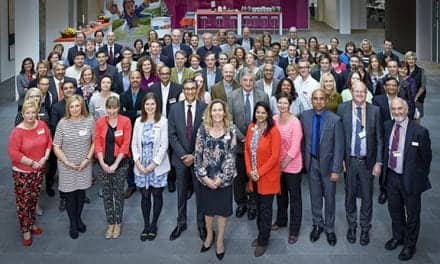 So Far, Magnet Therapy Is Not Effective as Tinnitus Treatment