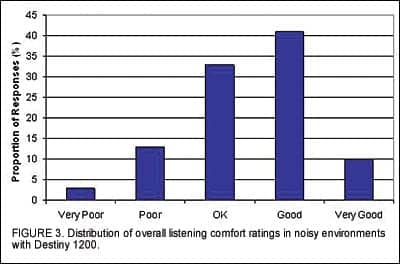 Hearing Aid Dispensing Activity Rises by 7.5% in Private Sector
Alexandria, Va—According to statistics compiled by the Hearing Industries Association (HIA), the US hearing instrument market continued to grow in terms of net units sold during the third quarter, posting a 5.05% gain over third quarter sales in 2005. Comparing the first three quarters of 2006 to the same period in 2005, the market has witnessed a 6.9% net unit sales increase.

The Veterans Administration (VA), which accounts for 13.2% of all the hearing aids distributed in the United States, experienced a strong 9.2% acceleration in dispensing activity during the third quarter compared to the same period last year. On the year, the VA has dispensed 6439 more hearing aids, for an increase of 2.8%. Ignoring VA dispensing activity, the non-government (private) sector dispensed 108,502 more units in the first three quarters of the year compared to 2005, a 7.5% increase.

One of the prominent trends in the hearing care field during the last two years is the increase in BTE use, primarily due to the popularity of slim tube and open fittings, as well as other newer mini-BTE configurations. BTEs rose from 26.4% and 32.6% of the hearing instrument market in 2004 and 2005 respectively, and constituted 42.8% of the hearing instruments dispensed in the first half of 2006 (January through June). This trend favoring the use of BTEs slowed somewhat in the third quarter. BTEs accounted for 43.3% of the market, compared to 43.6% during the second quarter.

Number of Veterans Reporting Tinnitus More Than Doubles
Portland, Ore—Veterans Administration figures showed 339,573 veterans with tinnitus-related disabilities in 2005, up from 144,243 in 2000. The amount paid to veterans with tinnitus climbed to $418 million in 2005 from $150 million in 2000. This indicates that military veterans are suffering a dramatic increase in tinnitus and other hearing damage, and deserve much more research funding to find a cure, according to the American Tinnitus Association (ATA), Portland, Ore.

“We will have to spend more on veterans’ disability compensation for tinnitus and other hearing damage over the coming years than for any other medical injuries from the Iraq and Afghan wars," says David Fagerlie, the association’s CEO. "We should be spending much more on research to cure tinnitus and end our veterans’ suffering.“

With the impacts of blasts from roadside bombs and other explosives, he says, those figures can only climb even further. A recent study conducted by audiologists at the Army Audiology and Speech Center shows that 49% of all soldiers exposed to blasts in Iraq and Afghanistan had tinnitus. A total of 60% had hearing loss, which is often related to tinnitus.

“In recent years, medical research has made significant advancements in understanding tinnitus," Fagerlie says. "Now our veterans need us to fund the research to find a cure, and that need is only going to grow.”

The ATA reports that 50 million Americans have tinnitus. For more information, visit www.ata.org.

Change Yourself, Change the Industry 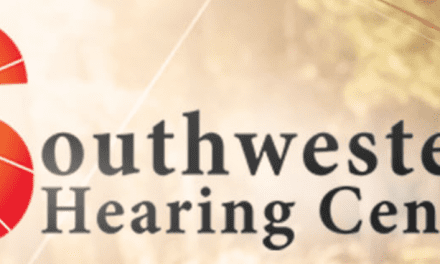