Children and adults at risk of permanent hearing loss due to repeated exposure to loud music would turn down the sound or use ear protection if told to do so by a health care professional, according to a new Vanderbilt study performed in conjunction with MTV.com shows.

The study, titled Intentional Exposure to Loud Music: The 2nd MTV.com Survey Reveals an Opportunity to Educate, from Vanderbilt’s Roland Eavey, MD, is in the Journal of Pediatrics.

Eavey conducted the research in 2007 while working at Massachusetts Eye and Ear Infirmary at Harvard; it is a follow-up to his groundbreaking 2002 MTV survey, says the statement from Vanderbilt, Nashville, Tenn.

Eavey, director of the Vanderbilt Bill Wilkerson Center and chair of the Department of Otolaryngology said in the statement that hearing loss is so prevalent that it has become the norm, adding: We know where we are headed; it would be a miracle if we don’t wind up with problems later on. Studies show that 90% of males age 60 and over now have hearing loss.

Nearly half of 2,500 MTV.com respondents experienced symptoms such as tinnitus or hearing loss after loud music exposure and hearing loss was considered a problem by 32% of respondents, according to the statement.

Eavey’s study found the media as the most informative source about prevention of potential hearing loss, and the health care community as the least likely source, even though respondents said they would change behavior if a health care professional alerted them to the problem, says the statement.

Eavey said in the statement that since the last study the researchers have learned that enough people still are not yet aware, but that more are becoming aware, especially through the help of the media.

Eavey suggests alerting patients that hearing loss from excessive sound volume is preventable … and once it happens, the loss is permanent and cannot be reversed. Even hearing aids might not help that type of hearing loss and the ringing of the ears that can occur, according to the statement.

Some 75% of respondents owned an MP3 player, with 24% listening to their music player for more than 15 hours a week, the statement says.

Nearly half of the respondents said they use their player at 75% to 100% of its maximum volume capacity, which exceeds government regulations for occupational sound levels, says the statement.

If external sounds such as subway noise or street traffic compete with the music, then the volume is turned up even higher, according to 89% of those surveyed.

Eavey said the researchers are starting off with a baseline of people from the last study who are now getting elderly, and who didn’t have MP3 players, who now have hearing loss. 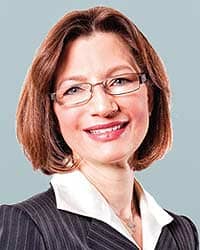