Howard House, Founder of HEI, Dies at Age 95
LOS ANGELES—Howard Payne House, MD, founder of the House Ear Institute (HEI) and pioneering ear specialist died August 1 of heart failure at St Vincent Medical Center. He was 95. House established HEI in 1946 as a research facility dedicated to the advancement of hearing research and practiced otology at the House Ear Clinic in Los Angeles. HEI has since grown from a one-person laboratory to a 5-story building, with a staff of over 175 people dedicated to the advancement of otologic research (see HR article on HEI, March 2001). The Institute is currently focusing on the improvement of hearing aids and new auditory prostheses such as the cochlear implant and auditory brainstem implant (ABI), clinical treatments, and intervention methods.

Howard House, MD, (right) founded the House Ear Institute in 1946 which has since become one of the premiere hearing research and health care centers in the world. House’s son, John House, MD, is president of HEI.

“It is an overwhelming loss for many who found in him a mentor to guide them in their clinical and applied research,” says James D. Boswell, chief executive officer of the House Ear Institute. “By establishing an international ear research and education center, Howard provided thousands of ear specialists around the world with the opportunity to attend unique surgical courses and benefit from the Institute’s research achievements.”

A graduate of University of Southern California Medical School, House perfected the wire loop technique to replace the stapes bone of the middle ear and developed procedures to reconstruct middle ear parts. He and his brother, William House, MD, (the pioneer of neurotology and the cochlear implant) invented the surgical procedure to gain access to the cochlea via the facial recess from the mastoid to the middle ear. Under his leadership, HEI was the first to adapt movie cameras and accessories for use with a surgical microscope to create professional, medical training films. In 1947, House was appointed Chairman of the Subcommittee on Noise, and directed the national study on industrial noise that helped set the Occupational Safety and Health Administration (OSHA) hearing conservation standards in use today. He was head of the Department of Otolaryngology at University of Southern California School of Medicine from 1952-1961 and served on the faculty as Clinical Professor of Otology.

House was internationally recognized for his contributions to hearing science and received numerous honorary degrees and Lifetime Achievement Awards. He served as president of the American Academy of Otolaryngology-Head and Neck Surgery, the Asociacion Panamericana de Oto-Rino-Laringologia y Broncoesofagologia, the American Otological Society, Salerni Collegium USC, and the Centurion Club of The Deafness Research Foundation. He was the recipient of USC’s Outstanding Career Service Award, and named a “Physician of the Year” by both the President’s Committee and California Governor’s Committee for Employment of the Handicapped. During his 64-year career, House treated thousands of patients, including Howard Hughes, Bob and Dolores Hope, Nanette Fabray, Phyllis Diller, Florence Henderson, and former President Ronald Reagan.

House is survived by his sons, Kenneth M. House, MD, John W. House, MD, and daughter Carolyn Helmuth; his brothers William and James House, DDS, and nine grandchildren. “My father’s mission to advance hearing science through research and education lives on at the House Ear Institute,“ says John W. House, MD. “Dad was proud that, under his leadership, the Institute became internationally recognized as a center of excellence where researchers and physicians work together under one roof, investigating novel treatments for those with hearing loss and related disorders.”

ASUMH Starts 2-Year Online Program for Hearing Health Care
Mountain Home, Ark — Arkansas State University Mountain Home (ASUMH) has established a 2-year online hearing healthcare degree, reportedly the only such program in the country. It will be officially launched this fall. Along with Spokane Falls Community College in Washington state, the school is one of only two schools that offer the hearing healthcare associate of applied science degree to on-campus students.

The Associate of Applied Science in Hearing Healthcare at ASUMH was actually initiated in 2001, and the first group of four students graduated from the inaugural class in May. The program includes 15 credit hours of general education and 45 credit hours that are specific to hearing healthcare. Those degree applicants who have received IHS’s American Conference on Audioprosthology (ACA) certificate receive 24 credit hours toward the degree. While the full out-of-state tuition would cost somewhere around $7,000 ($4,500 for Arkansas residents), it is anticipated that the degree would cost significantly less for those receiving credits for previous experience/education.

“We are excited about this opportunity and believe we can really make a difference in giving students the resources they need to join this growing industry,” says Pat Bailey, PhD, vice chancellor for academic and student affairs at ASUMH. “This new online program will give students more flexibility in balancing their studies, their work commitments, and their family obligations.”

The degree program is also designed to infuse the hearing care profession with more qualified professionals to meet the country’s aging demographics and the future public demand for hearing help. The June 2003 HR Dispenser survey indicated that one-fifth (20%) of all dispensing offices in the US were looking to hire a dispensing professional within the next year, and 39% hoped to hire one in the next three years. However, new hires are hard to find, and it appears that those prospective employees who are available are far more likely to live in or gravitate toward larger metro areas. According to Bailey, the completion of this 2-year program will prepare graduates for an entry-level position in a profession in desperate need of qualified practitioners. As the baby boomer generation nears retirement, the demand will only continue to increase. “Roughly 20% of active [hearing instrument] dispensers in the state of Arkansas are looking for trained professionals to work in their offices right now,” says Scott Whitaker, chair of the Arkansas Board of Hearing Instrument Dispensers. “We see the same trend across the nation as well. Everyone who I talk to about the ASUMH program is very excited at the possibility of having another avenue to obtain trained, energetic individuals like the ones that we have graduating from this program.”

Gary Pearson, president of the Arkansas Hearing Society, supported Whitaker’s comments about the need for more qualified practitioners: “People in the hearing profession are very excited about this program because there is such a shortage of qualified individuals in the profession at the present time.”

In addition, the pay is attractive to both students right out of high school and individuals desiring a career change. According to industry experts, starting salaries generally range from $28,000-$38,000. These positions afford the practitioner the chance to work in a health-related field, while still keeping traditional office hours.

The four students graduating from the program in May were Randy Fore, Robin Hall, Marcia Roberts, and Tanya Sulfridge. All were second-career students. Graduates of the program are qualified to sit for the licensure exam in their respective states, and all four are now employed in dispensing offices.

ASU Mountain Home, a branch of ASU Jonesboro, was established in 1995 and is one of Arkansas’ newest two-year colleges. Despite its relatively brief existence, ASUMH already boasts an enrollment of more than 1,200 students.

An article on the ASUMH 2-year degree will appear in an upcoming HR. For information on the ASUMH program, contact (870) 508-6100 or visit www.asumh.edu.

Amplifon Purchases National Hearing Centers
Milano, Italy — Amplifon has announced the purchase of National Hearing Centers (NHC), a retailer with 54 offices in the US, primarily located in Wal-Mart stores. NHC is reported to have dispensed about 12,000 units last year and have revenues of about $17 million (about 0.6% of the US hearing aid retail market).

Beyond adding to its market share, the acquisition may help strengthen the ties between Amplifon and Wal-Mart, the country’s largest retailer. Wal-Mart has 1,500 Wal-Mart stores, 1,400 superstores, and another 1,400 stores in other countries. Amplifon, the world’s largest hearing instrument chain retailer based in Milano, Italy, also owns Miracle Ear and Sonus, and the company is estimated by HR to control 8-10% of the US hearing instrument retail market, and 10-12% of the world retail market.

Hearing Aid Sales Increase for First Time in More Than a Year
Alexandria, VA — US hearing instrument sales during the second quarter of 2003 improved slightly for the first time in over a year, according to statistics reported by the Hearing Industries Assn (HIA). Net hearing instrument unit volume equalled 481,910 units, an increase of 0.6% over the same period a year ago. 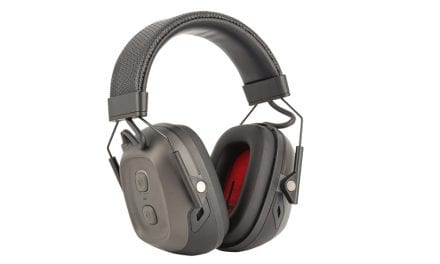