UCLA researchers find that whether leaders are perceived as authoritarian or benevolent may depend in part on the frequency characteristics of their voices.

According to a presentation given at the 168th Meeting of the Acoustical Society of America (ASA) held in Indianapolis in late October, a charismatic voice can help determine a leader’s success. One example used in the presentation was that of the right-wing Italian politician Umberto Bossi, who suffered a severe stroke in 2004 that permanently impaired his speech. This change apparently impacted the perception of Bossi among his party’s followers—from appearing authoritarian to benevolent.

Rosario Signorello, PhD, a postdoctoral scholar in the Bureau of Glottal Affairs at the University of California, Los Angeles (UCLA), presented these revelations and others from his current research on charismatic voices. Investigating the vocal presence of charisma across cultural divides, Signorello and the UCLA research team found that speakers with a wide range of frequency variation in their voices were more likely to be perceived as dominant. They also found that speakers with a low fundamental rate of vocal fold vibration, called fundamental frequency or F0, are perceived as more dominant than speakers with a high fundamental frequency.

How can scientists study vocal charisma? Signorello explained that charismatic voices are made up of two fundamental components: one biological and one based on language and culture. The biological component of charismatic voice is innate, Signorello stated, and consists of a speaker’s manipulation of changes in fundamental frequency to be recognized as a group leader. Through a process of speech synthesis called “delexicalization,” it is possible to remove the subjective influence of a speech’s content, allowing a researcher to study the biological component in a controlled fashion.

The F0, or fundamental frequency, is the rate of vocal fold vibration as measured in Hertz. These parameters can then be individually modified to gauge, which has the largest impact on a listener’s willingness to agree with a speaker or leader.

Signorello became interested in the role of voice quality in charismatic speech while working on his thesis. To better understand the impact of vocal frequencies on charismatic perception, he turned to the case of Umberto Bossi.

“I collected speeches of him before and after the stroke,” Signorello said, “and I discovered that before the accident, he was perceived as an authoritarian leader, because his voice was characterized by low average of fundamental frequency, normal modulation of the pitch contour, a wide pitch range, a lot of perturbation in voice and a lot of creakiness and harshness.” Signorello believes that the stroke caused a hemiparesis, or asymmetrical muscle weakness, of Bossi’s vocal fold – thus impacting his speech capabilities.

Future research for Signorello and his colleagues involves studying the voice of leadership in non-human primates.

“The hypothesis is that the biological function of charismatic voice is also cross-species,” said Signorello.

A webcast of the study presentation will be archived for one year, and readers interested in more information about this may contact: [email protected].

Presentation #4pSC14, “The biological function of fundamental frequency in leaders’ charismatic voices,” by Rosario Signorello.  The abstract can be found by searching for the presentation number on the ASA 2014 meeting site. 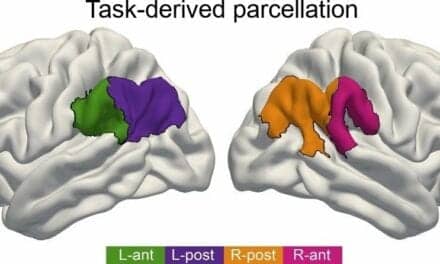 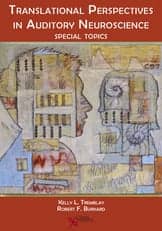