CICs with Digital Microphones: Performance Issues and Cell Phone Use

Cellular and wireless phones are an essential part of our communication infrastructure. However, many hearing aid users face significant problems while using these devices. For example, electromagnetic radiation from the phone can cause buzzing sounds in the hearing aid, making it difficult or even impossible to use the cell phone.

In general, digital signal processing (DSP) hearing aids provide better shielding from electromagnetic interference, since digital signal processing paths are immune to radiation from cell phones. But there are still analog components in DSP hearing aids—namely the microphone and the wire from the microphone to the A/D converter. These can act as an antenna and pick up an annoying buzzing from the cell phone.

To avoid this, a digital microphone has been implemented in the Phonak Claro CIC hearing instrument. The A/D converter is integrated into the microphone. Thus, the signal path within the hearing aid is further digitized, aiming at additional reduction of electromagnetic interference.

To examine cell phone compatibility in daily life, and to evaluate its general performance in terms of speech understanding and subjective benefit, a clinical trial with Phonak Claro digital CICs was conducted at two research sites.

Study Method
Twenty-one hearing-impaired subjects participated in the study. Ten of those took part at the University of Giessen, while the other 11 participants were examined at the Akademie für Hörgeräte-Akustik, Lübeck (both in Germany). The subjects had moderate to severe sensorineural hearing loss. The average puretone threshold from 500-4000 Hz was 57 dB. The subjects’ age ranged from 43-80 years with a median of 63 years. All subjects were experienced CIC or ITE users. Their own instruments covered the whole range from analog, linear devices to multichannel compression DSP instruments. A subgroup of five participants had high-end DSP devices from different manufacturers (“DSP-subgroup”).

The same test protocol was applied at both sites. As outcome measures, three questionnaires were applied to assess the subjective benefit of the test hearing aids and the subjects’ own hearing aids, respectively. The APHAB questionnaire1 covers a range of typical life situations in four major fields of hearing difficulty (ease of communication, reverberation, aversiveness, and background noise).

The COSI questionnaire2 allows subjects to name individual listening situations in which they particularly face hearing problems. A third questionnaire covers experience with cell phones and additional topics, such as subjective sound quality and average wearing time per day.

Speech intelligibility in quiet was measured with the Göttingen Rhyme Test3,4 at 65 dB SPL. If the percentage of speech correct in this condition was above 95%, speech level was reduced in steps of 5 dB, but not below 50 dB SPL, in order to avoid ceiling effects.

At the onset of the trial, speech tests and questionnaires were completed with the participants with respect to their own instruments. Subsequently, all subjects were fit with the digital CIC test instruments according to the manufacturer’s fitting formula. The interactive fitting tool (called Loudness Perception Profile) was included to account for the individual supra-threshold loudness sensitivity. The test instrument has multiple listening programs. Program 1 is designed for quiet situations, and Program 2 utilizes a noise canceller designed to improve listening comfort in challenging environments. (Directional microphones were not available in the test instruments.) Program 3 provided an additional telephone program. The subjects were instructed to use Program 3 only if using the phone was not possible in the other programs. Subjects could change programs manually using a switch on the hearing instrument, or they could use the “AutoSelect” function, which continually monitors the acoustic environment and automatically switches to the appropriate program.

Fine tuning was performed only if explicitly desired by the individual subject. For each subject, training was provided to enable them to distinguish between Programs 1 and 2, especially when the “AutoSelect” option was implemented. Immediately after fitting, the subjects were asked to describe their first impression of the test instruments in terms of sound quality, loudness, speech intelligibility, and the sound of their own voice.

Results
First impressions by consumers: Overall, the first impression of the digital CIC was rather positive. Most complaints occurred with respect to loud noises, which were in general judged as being slightly too loud. Speech intelligibility was judged very good, even in difficult listening situations (reverberation), and the sound of the aids was judged as natural. The subgroup of those participants whose own instruments were comparable to the digital CIC (the “DSP-subgroup”) showed very similar results, although “own voice” was judged as slightly too loud.

Speech tests: Since the tests were performed at individual speech levels (to avoid ceiling effects), the differences between the conditions “aided with own aids” and “aided with the test aids” are of interest (Figure 1). Some subjects showed no difference and, for a few subjects, their own aids performed better. But most participants showed at least an improvement of 3%-4% with the test instrument. On average, speech intelligibility scores with digital CICs were 4.7% better than with their own aids. This improvement is significant (two-tailed t-test, alpha <0.05). The DSP-group improved by 4.5% when using digital CICs.

Using cellular phones: The subjects were asked whether they hear buzzing noises when using their cellular phones. The results are shown in Figure 2. Buzzing was reported to occur often when using their own aids. The DSP sub-group reported less frequent buzzing, which confirms the experience that, in general, cell phones cause less problems in DSP instruments, compared to analog aids. With Claro CICs, however, buzzing was almost never reported. This result clearly suggests that the digital microphone substantially lessens electromagnetic interference.

COSI questionnaire: In the COSI questionnaire, the individual subjects cited the listening environments they feel are important for improving their daily lives. The original classification categories suggested by Dillon et al2 to cluster individual situations did not seem appropriate for the described complaints. Based on all mentioned listening situations, 13 new categories were defined. Seven of these categories contain the judgments from as few as five and as many as 15 participants (Figure 4). The remaining six new categories contain the individual listening situations of only one or two participants, respectively. In all categories, a slight to clear improvement was experienced with the digital CIC, compared to own aids.

In the DSP-subgroup, only eight of the 13 categories were mentioned. The results for this subgroup are in line with the entire subject group. The DSP-subgroup judged the performance of the test aids as “better” to “much better” in conversational situations (“with other people” and “in background noise other than speech babble”). Using the phone was also judged as “better” with the test aids. A slight improvement was experienced in the situations “concert, theater, movies, lectures,” and “wind noise,” as well as with problems related to the earmold (eg, occlusion effect).

“Everyday Life” Questionnaire: Additional questions about experience in daily life were asked in a third questionnaire. With respect to wearing time, the test aids were used more each day than their own aids (11 hours on average compared to 10 hours on average, respectively), and the test aids were worn almost 7 days a week (compared to 6.5 days per week). In everyday life, the digital CIC was judged better than the own aids, which is in agreement with the results from the APHAB and COSI questionnaires. Intelligibility was judged better in quiet as well as in noise; only a few subjects experienced disturbing noises when phoning with the digital CIC. In addition, general satisfaction was rated higher with test aids.

Summary
In general, significant benefits and advantages, compared to the subjects’ own instruments, were measured in speech tests and were also reported in the various questionnaires. These results were found for the whole group, as well as for the subgroup of five participants whose own instruments were comparable to the test instrument.

The only adverse effect was that the Claro CIC seemed to be slightly louder overall than the participants’ own aids. This effect could be easily overcome by fine tuning and/or more time for acclimatization. However, since this effect is probably in part responsible for the improved speech understanding in quiet, it should not be compensated for completely by fine tuning. Especially when using cellular or cordless phones, a substantial benefit from the digital CIC with the digital microphone can be observed.

Acknowledgements
The authors thank Thomas M. Gebhart and Thomas Lenck for conducting the experiments, and Paul Checkley for checking the English of this manuscript. 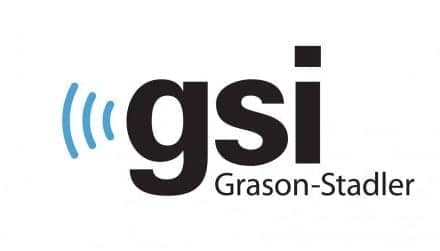 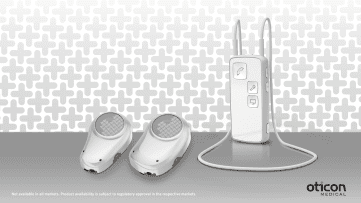 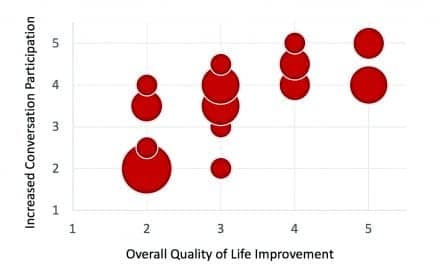