For the 2018 third quarter, the company reported net sales of $30.1 million, up 20.2% from $25.1 million in the prior-year period. According to the announcement, the increase was primarily due to year-over-year revenue gains from IntriCon’s largest medical customer and growth in its value-based hearing healthcare business.

IntriCon posted net income attributable to shareholders of $1.9 million, or $0.22 per diluted share, versus $1.3 million or $0.17 per share, for the 2017 third quarter. Third-quarter gross profit margins were 31.6%, up from 30.8% in the prior-year third quarter. The increase is said to have primarily stemmed from greater sales volume, slightly offset by a less favorable sales mix and ramp-up costs associated with IntriCon’s new manufacturing facility.

“We are pleased to announce another strong quarter, as we continue to execute on our key growth initiatives,” said Mark S. Gorder, president and chief executive officer of IntriCon. “Our solid third-quarter performance was highlighted by the medical and value hearing health businesses, which continue to drive strong top- and bottom-line results. Furthermore, our ability to raise capital during the quarter has positioned us to accelerate growth and become more opportunistic.”

Operating expenses for the second quarter were $7.5 million, compared to $6.1 million in the prior-year period. The increase stemmed from increased advertising investments at Hearing Help Express (HHE)—the direct-to-consumer (DTC) mail-order provider of hearing aids—support costs related to key initiatives to drive the business’ growth, and certain costs associated with the public offering.

On the hearing healthcare front, total sales increased by 10.0% over the prior-year third quarter, led by the company’s “value-based indirect-to-end-consumer” businesses, which posted strong sales growth of 62.5%. This gain was partially offset by a temporary decline in the direct-to-end-consumer channel and expected continued waning in the conventional sales channel.

Within HHE, IntriCon continues to further its mission of delivering high-quality hearing healthcare into the underserved market. While HHE only posted revenue of $1.5 million for the quarter, the company believes this is a temporary decline, as hearing aid orders have strengthened over the last several months, putting the fourth quarter on pace to be a record quarter for HHE hearing aid orders.

Additionally, IntriCon continues to build its value hearing health technology portfolio, with wireless and self-fitting technologies. During the third quarter, the company met with the Food and Drug Administration (FDA) to introduce its Sentibo Smart Brain self-fitting software. Sentibo Smart Brain self-fitting software is designed to improve both channel productivity and the quality of first-time fittings,  according to the company. Based on the positive feedback, the company will now pursue 510(k) approval for a wireless over-the counter (OTC) self-fitting hearing aid, which could be marketed after the FDA finalizes regulations for a new category of OTC hearing aids.

During the quarter, IntriCon completed a public offering of 1,725,000 shares of its common stock. All shares in the offering were sold by IntriCon at a price to the public of $55.00 per share. Net proceeds from the offering, after deducting underwriting discounts and commissions and estimated offering expenses, and board and management stock repurchases, totaled more than $63.0 million. The company used a portion of these proceeds to pay off bank debt and invested the remainder in short-term investment securities. Short-term investments totaled $45.0 million as of September 30, 2018, according to the report.

Business Update
Sales in IntriCon’s medical business increased 25.1% in the 2018 third quarter over the prior-year period. The gain was primarily driven by the ongoing production of wireless continuous glucose monitoring (CGM) systems for IntriCon’s largest customer, the company said. According to IntriCon, the company remains “very well positioned with this customer for 2018 and beyond,” providing key system components including CGM systems, sensor assembly, and related accessories.

Additionally, IntriCon continues to make progress on establishing its newly leased 37,000-square-foot medical manufacturing and cleanroom facility. During the quarter, the company is said to have completed the required validation and qualification of several production lines and began limited production. Additionally, IntriCon increased its molding capacity, adding two more presses during the quarter, bringing the year-to-date total to 13 presses.

Looking Ahead
“We believe we are in the early stages of long-term, sustained growth within our core markets,” says Gorder. “The diabetes market is experiencing tremendous growth, with CGM being a critical component to serving the needs of many diabetics. The value-hearing healthcare space is just beginning to emerge, and we are at the forefront of providing affordable and accessible solutions to unserved or underserved hearing-impaired Americans. In addition, we believe the forthcoming regulatory changes will provide further tailwinds.

“Looking ahead, given our competitive advantages, numerous opportunities for growth and strong financial position, we are extremely well-positioned for continued success. Based on information currently available, we anticipate 2018 fourth-quarter net sales to range between $30.0 million and $31.0 million. Accordingly, we are tightening our 2018 sales guidance to range between $115.7 million to $116.7 million.”

As reported in Hearing Review, Intricon reported record sales in 2017 of $88.3 million, up 29.9% from $68.0 million in 2016. Additionally in 2017, it completed its purchase of Hearing Help Express (HHE), the direct-to-consumer (DTC) mail-order provider of hearing aids. The company also manufactures hearing aids for a number of prominent companies in the field, including UnitedHealth’s hi HealthInnovations and EarVenture.  In late-2017, IntriCon made payments to secure its 49% equity interest in Germany-based, Soundperience, reportedly first psychoacoustic method of analyzing peripheral hearing and central hearing processing branded as the Sentibo Smart Brain System. 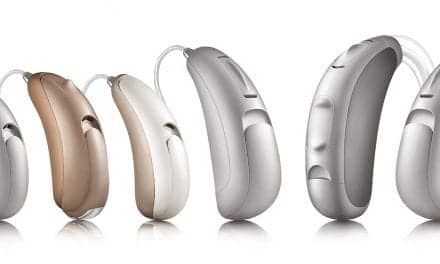 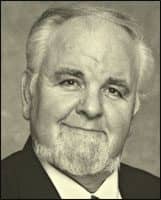