Etymotic: (Greek) True to the ear
When Mead Killion, PhD, started Etymotic Research Inc in 1983, he gave the engineering department the lead in determining the products that would be developed by the company. This is not surprising, since Killion, an engineer by training and temperament, had left the engineering department of a major hearing component manufacturer to pursue ideas his former employer had no interest in.

Today, the 23-year-old company—which is based in Elk Grove Village, Ill—has built a reputation as a cutting-edge innovator by continuously looking at ways to improve and protect hearing. “My mission is to solve problems that haven’t been solved before, and to help make hearing more enjoyable,” says Killion. The company has one location and employs about 50.

The problem-solving approach, the hallmark of an engineering-focused company, has not always met with ready acceptance, even from Killion’s investing partners—many of whom thought his ideas would fail. For instance, his design for an in the ear microphone was met with skepticism by his primary investor. But within 3 to 4 years, it had become the standard in the industry. The same was true for Killion’s most successful product, the K-AMP chip, introduced in 1989. This high-fidelity chip, which  led the way to today’s digital revolution, again has become the standard of the industry.

Killion is matter of fact about his experience in the hearing component and hearing aid market. “Almost everything we’ve designed has been something that nobody wanted,” he says.

Among the products the company offers are a variety of earphones ranging from ones used in testing to hearing instruments to noise reduction for musicians. The company’s newest device is the companion microphone, which allows the user to hear better in noisy, but intimate environments, such as restaurants. Among other cutting-edge products it has developed is its own Digi-K hearing aid amplifier. The Digi-K is a digital hearing aid circuit featuring a bandwidth extending up to 16 kHz. Etymotic also has developed a line of earphones that are designed to protect the listener, but give the best sound quality possible. The company’s best sellers include the ER-6 Isolator earphones, 6i Isolator earphones, and the ER-4 MicroPro earphones.

Though the company has had numerous spectacular successes, Killion notes that not every product that has made it to market has been embraced by consumers. The most notable example is the company’s array microphone, which failed to find a market niche. But the company’s successes have been more numerous than any of its failures, case in point the new companion microphone.

This has been the case since the company began. The K-AMP was developed with the help of nine engineers scattered around the country.

Etymotic’s recently introduced companion microphone found its technological solution from an outside source as well, but the road to that solution was long and difficult—taking 14 years and including several missteps and the need for other technology, particularly cellular and Bluetooth circuitry, to be developed. “It took a long time because it had never been done before and it was damn hard to [figure out as well],” says Killion.

The company would eventually look to three outside sources for a solution. One of those sources, a software engineer, whom Killion describes as an “extraordinary guy” was able to solve the problem posed by the companion microphone. The result was to give the user a 15-decibel to 20-decibel improvement and to enable him to hear up to three people in a noisy environment. The sea difference in the companion microphone is that it is focused on a small group as opposed to many—which is the concept behind the typical microphone available to hearing impaired students.

Once the breakthrough was made, then the companion microphone went through the usual testing process. In the first test,  the engineers use it in the laboratory in controlled circumstances. The second test involves a battery of objective machine measurements. In the final test, the companion microphone was sent out to hearing impaired subjects. They shared their impressions with the engineers, which were mostly favorable. Those reports that were unfavorable had the engineers tearing down the device in an effort to determine why it failed.

Though Etymotic engineers follow this same process for all of the company’s product offerings, there was one product for which it was not followed as rigorously—the K-AMP. For this signature device, the engineers first assembled a desktop model. It passed all of the laboratory tests with flying colors. Then it was tested on a single outside user, and with the favorable feedback from this single user, it was introduced to the market. This was testament to Killion’s confidence in the product. “I absolutely knew it would work,” he says, by way of explanation.

And this confidence paid off. The K-AMP was one of the company’s most successful products, delivering stereo sound to the user. “The processing we used in the K-AMP that was ‘all wrong’ is now the standard,” says Killion.

Even with the engineering focus, Etymotic must still get its products to its end users, and it does this in a variety of ways.

Marketing
The company does little advertising, according to Killion, instead preferring to rely on other avenues to reach its users. One of the primary avenues has been reviews in consumer and trade publications.

It also has partnered with various organizations, for instance the Chicago Symphony Orchestra. Today many of the musicians in this organization wear Etymotic’s musician’s earplugs, which allow the wearer to be able to hear the music without damaging their hearing. Many other orchestras and rock and roll bands wear this hearing protection.

There are several universities that require their band students to wear the earplugs, preserving the students’ hearing and getting them used to wearing the protective devices.

Killion has helped spread the word directly to students and future audiologists. He has lectured in more than 19 countries. He is also an adjunct professor at Northwestern University, Evanston, Ill, and the City University of New York.

The company has helped to write or has commissioned 50 papers that have appeared in both peer-review and trade journals. These articles have been an effective, low-cost means to reaching audiologists.

Prior to the advent of the Internet, Etymotic sent out a mass mailing to about 10,000 people of articles and other company materials twice a year.

Perhaps Killion’s biggest publicity coup in recent years was a front page article about him in the Wall Street Journal in which he advocated for cheaper, more accessible forms of hearing aids.

But while this kind of publicity has been effective, building word of mouth and selling components and finished products, it is less important to Killion than solving problems. Another aspect of the company’s commitment to problem-solving is doing research.

Research
According to Killion, the company does much of its own research, though it also funds research projects as well. For instance, it is funding a research study on the effect of iPod use on hearing. The study has 100 test subjects, and it has been discovered that those listening to the iPod in a quiet room with large earphones on tend to listen to music at a safe volume setting. However, those listening in a noisy environment tend to do so at an elevated, unsafe volume setting. “We hope the study will be useful,” says Killion, who admits the company has a vested interest in its outcome—hoping to be able to develop better earphones for the device.

And it is a study like this one where the crossroads between humanitarianism and commerce is reached. “This is the best possible marriage of trying to do something to help people and make money,” says Killion.

Though the company is ostensibly engineering-based, Killion clearly understands this relationship. His is not a totally altruistic or mercenary goal—but a blending of the two—yet always his humanism and interest in hearing emerge as more of the focus than on the bottom line.

Among the company’s early product offerings were hearing testing devices that measured hearing in a quick, realistic way. For instance, the company’s speech in noise (SIN) test takes 1 or 2 minutes to complete, measuring how a patient hears in a noisy, crowd situation.

Killion explains that this finding is important because hearing loss exceeding 15 decibels means the patient is effectively deaf. And this—in Killion’s view—could have a real effect on the patient’s overall health and well-being, meaning the difference between staying connected with loved ones and, thus, healthy, and being isolated and unwell.

The Next Step
Killion says Etymotic’s next product offering will be a low-cost dosimeter. The device, which is about the size of a magic marker, will be able to tell the user the sound level of their environment in increments until it reaches 200% beyond normal hearing level. The company is also in the process of building on its existing products, including enhancing the ETY-COM mobile phone headset for compatibility with portable music players, cellular devices, and aviation communication systems.

But even with a stable of successful products behind him, Killion still has problems to solve, and there is good reason for this. “Hearing loss is so complicated,” he says. So Etymotic’s mission continues, and the company will take Etymotic’s name to heart and remain “true to the ear.”

C.A. Wolski is a contributing writer for Hearing Products Report. 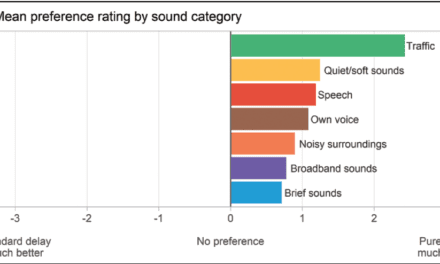 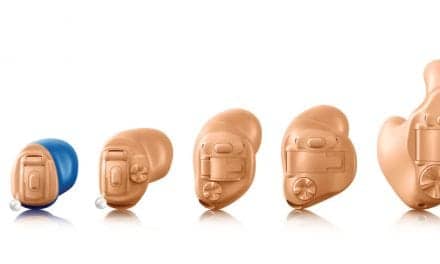