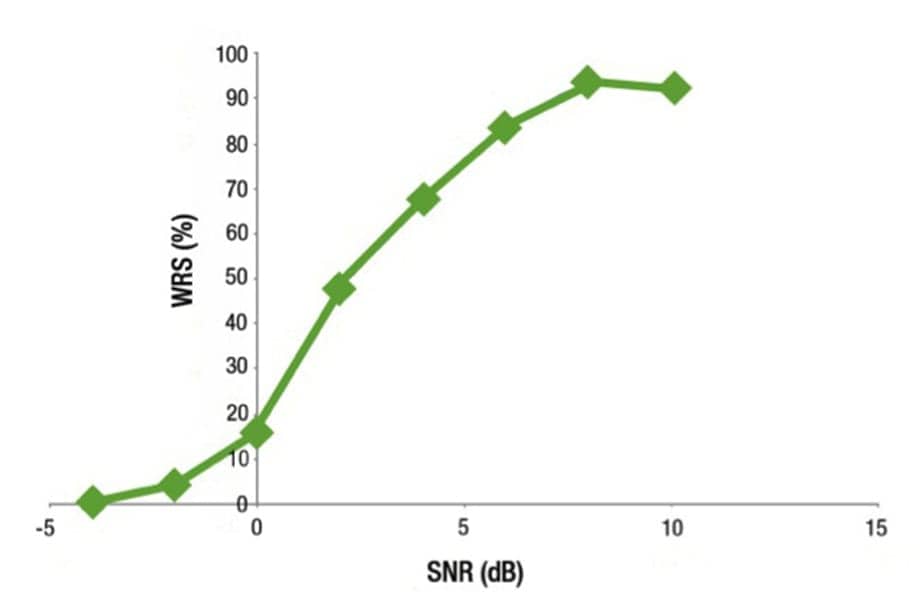 The term “paradigm shift” is rarely used with respect to hearing aid amplification protocols and technologies. As best we know, the term was coined by Thomas Kuhn in his 1962 book “The Structure of Scientific Revolutions.”1 Kuhn applied the term “paradigm shift” to Copernicus, who challenged the status quo and boldly stated the sun is the center of the solar system. That message was embraced by some, not all, and that paradigm shift turned out to be correct. Indeed, previous views on the matter had to be re-thought.2 The result is we have a better understanding of the planets, the sun, the solar system, physics, astronomy, and more.

In this article, we introduce a paradigm shift with regard to “how to facilitate better understanding of speech in noise” based on Oticon’s OpenSound Navigator (OSN™). The OSN is a new speech-enhancement algorithm which exceeds and supplants traditional directionality and noise reduction protocols.

In large part, this paradigm shift is about going from “closed” to “open.” That is, rather than closing down (ie, providing less) acoustic information (as happens with traditional directional and beamforming strategies), OSN preserves speech while reducing noise in complex acoustic environments. The speed and accuracy of this advanced processing algorithm enables selective noise reduction without closing down (ie, isolating) the speech sounds of maximal interest, while opening up the acoustic landscape and  improving speech recognition in noise. The OSN provides the brain with more natural, important, and useful contextual acoustic information than was previously possible.

Beck and Behrens3 recently reported modern digital noise reduction (DNR) circuits are beneficial for most people, most of the time. However, and of significant importance, the benefits of DNR have not previously included improved word recognition scores in noise. They noted that the documented benefits of DNR include:

Further, Beck and Behrens3 reported that advances in DNR previously not possible will quickly enter the marketplace, creating a paradigm shift and providing even greater benefit for the majority of adult and pediatric hearing aid wearers. They stated these advances should target:

Advances in DNR should help the brain create an internal acoustic landscape which more accurately reflects and interprets the real-world acoustic environment, to provide an internal accurate “open acoustic landscape” from which the brain can identify and change its focus as desired to maximally understand speech, even in a background of speech and non-speech noise. Likewise, Shinn-Cunningham4 and Shinn-Cunningham and Best5 reported that, in order to successfully navigate complex acoustical environments, the human brain needs access to all sounds, and we must be able to switch attention when the need arises, such as when we hear our name or in response to an emergency alerting sound.

Oticon’s OpenSound Navigator (OSN) has been designed to preserve all distinct speech sounds while attenuating and removing noise—while maintaining acoustic access to all sounds. Preliminary results with the OSN indicate significant improvements for listeners. Improvements include approximately 30% better speech understanding in noise, a 20% decrease in listening effort, and 20% improvement in recall of conversational speech.

These significant real-world improvements are enabled by OSN, which scans the entire 360° of the acoustic landscape to accurately estimate the signal-to-noise ratio (SNR) in 16 frequency bands, each independently using a time-window analysis of approximately 10 milliseconds (yielding some 500 updates per second) while analyzing loudness, location, and the spectral content of speech and noise. Overall processing occurs 50 times faster than ever before, across 64 channels, to give previously impossible acoustic resolution—resulting in 1.2 billion operations per second. After analysis, these sounds are prioritized based on their specific acoustics and attributes, and are balanced so the listener can focus or switch her/his attention as desired, allowing the brain to make sense of sound.

Noise is removed rapidly, between phonemes, syllables, and words (depending on the rate of speech production and many other factors). The spatial characteristics of sound are managed via the Spatial Sound LX system, which samples ILDs across four bands (0-675 Hz, 675-1500 Hz, 1500-3700 Hz and 3700-10,000 Hz) at a rate of 21 samples per second per band (more than 3 times faster than Inium Sense) providing vastly improved and realistic spatial information and awareness, resulting in improved auditory object formation. The OSN NoiseRemoval module removes more noise as the loudness level of the noise increases. That is, the clinician can select noise reduction settings of -5 or -7 dB, up to -9 dB.

The traditional approach of narrowing the directional beam of the hearing aid to focus on one location in space, while attenuating the acoustic context in which speech occurs, has had limited success. As the directional focus becomes increasingly narrow, it attenuates and minimizes acoustic and spatial information to isolate the sound of primary interest from all other natural acoustic information.

Unfortunately, acoustic isolation may create a less-than-desirable sound quality with variable outcomes.6 Perhaps the rate limiting factor for traditional directionality is that speech enhancement comes at a cost—reducing context and removing acoustic information which the brain needs and uses to “disentangle” speech in noise.

A visual analogy for highly directional/beamforming microphones might be wearing blinders while playing basketball. That is, with blinders on, one can certainly see the focal point; however, to participate in a basketball game successfully, one must perceive the players, and their positions and movements, too. Blinders reduce the visual field, leading to visual isolation and the removal of context. Unfortunately, beamforming reduces the acoustic landscape; the sound becomes less natural and less representative of the real world, and the listener becomes more isolated. The human brain thrives and depends on maximal, natural auditory input (and visual input, with respect to our basketball analogy) to ideally separate, organize, and focus on the sound of choice within the acoustic environment.

Traditional directional microphones and beamforming technologies often provide a decibel or two (in the real world) of improved SNR. However, as sound becomes more and more directional (ie, beamforming) and open fittings dominate the market, the actual benefit may be  less than expected.

Magnusson et al10 evaluated speech recognition in 20 adults with symmetric sensorineural hearing loss using a within-subject design with repeated measures across conditions. The authors evaluated bilateral open-fit hearing aids compared to closed earmold fittings using omni and directional fittings, and they evaluated directional combined with noise reduction. Magnusson and colleagues found speech recognition in noise was not significantly better while using an omnidirectional microphone, as compared to the unaided condition. They reported speech recognition was significantly improved with a directional microphone using a closed fitting (4.4 dB improvement in SNR on average), while the open fitting provided a greatly reduced benefit (1.6 dB improvement in SNR on average) as compared to unaided. They also reported that no directional benefit resulted from the open directional fitting combined with noise reduction algorithm; however, importantly, when the directional closed earmolds were combined with noise reduction, a significant 0.8 dB advantage was obtained.

McShefferty, Whitmer and Akroyd11 evaluated more than 30 subjects and determined the “Just Meaningful Difference (JMD)” and the “Just Noticeable Difference (JND)” for people with normal hearing relative to SNR is approximately 3 dB. That is, relative to SNR, typical open fittings are unlikely to have a significant enough benefit to be noticed by the patient (specifically with regard to understanding sentences in noise). Indeed, McShefferty and colleagues determined it took 6 to 8 dB of SNR improvement for the patient to benefit from the change. As such, although increases in SNR is always a good idea, a decibel or two of improvement may not be noticeable, meaningful, or important to users.

Speech varies significantly in loudness, pitch, and other factors across time in typical one-on-one conversations in quiet. Further, in noise, speech varies as background noise changes, and people speak louder and softer depending on the acoustics in their immediate vicinity (people tend to speak louder in noise). Additionally, the nature of the noise contributes to masking and signal disruption. That is, speech noise is more disruptive (harder to ignore) than are other non-human sounds (traffic noise, heating/cooling systems, etc), as speech noise has linguistic content and meaning which the human brain seeks. Figure 1. Performance-Intensity (PI) function demonstrating changes in Word Recognition Score (WRS) as a function of signal-to-noise ratio (SNR). Note from “0” to “3” dB, WRS increases from approximately 15% to 45%, an increase of 30%. From Chasin 2013.12

Chasin12 reports there are many variables which impact one’s ability to understand speech in noise (Figure 1). For example, he states that in quiet, the slope of the performance intensity function may well be a 2% increase in word recognition score (WRS) for every 1 dB increase in SNR. However, in noise, the slope of the performance intensity function changes; near the middle of the slope, a 10% increase on WRS may result from a 1 dB increase in SNR. Of course, the variation is vast as speech, noise, cognitive ability, listening effort, and other factors impact the event.

As we shift paradigms and increase our understanding of technological improvements and advances that were unimaginable just a few months ago, we are also on the threshold of better understanding the requirements for improved listening in speech noise. Specifically, as noted above, the peer reviewed literature now demonstrates that, although traditional noise reduction and directional microphone systems certainly are beneficial, they may not offer enough “real-world” benefit for the user to experience a significant difference in understanding speech in noise. It may well be that, for the user to realize a significant “real world” benefit, the SNR must improve by at least 3 dB.

The Oticon OPN hearing aid has been built on the new Velox platform which has allowed a paradigm shift with regard to the approach and capabilities of how to maximally understand speech in noise. OSN is a new speech-enhancement algorithm which preserves speech while reducing noise in complex acoustic environments. The speed and accuracy of this advanced processing algorithm enables selective noise reduction without closing down (ie, isolating) the speech sounds of maximal interest, while opening up the acoustic landscape, resulting in improved speech recognition in noise.

Although this report is based on preliminary data from multiple sources, we look forward to presenting additional evidence as the information becomes available. Freedom from Sedation: A New Technology for ABRs