Powered by the Era™ platform and available with Quantum 20, 12, and 6, the custom micro CIC is the smallest Quantum ever produced by Unitron. The model is positioned for a first-time wearer, offering a fully automatic and reportedly natural listening experience with a quick fitting process.

Quantum’s small size is made possible by new transducer technology, which includes new microphones and receivers that are smaller than previous generations, while still allowing the Quantum micro CIC to deliver 108/35 dB output and gain.

In addition, Unitron has announced other new premium hearing instruments for its Quantum and Moxi lines. Also built on Era, the Quantum Pro and Moxi Pro now include binaural spatial processing and SpeechZone™.

Enabled by binaural spatial processing, SpeechZone activates maximum directionality when the hearing instruments determine that speech is coming from the front in a noisy environment. According to the company, listening becomes easier, as both hearing instruments automatically zero in on speech with no need for a wearer to adjust their hearing instrument controls.

“Knowing the direction of speech is a very significant step forward in our efforts to deliver a natural sound experience with superior performance in speech intelligibility,” says Don Hayes, director of Audiology, Unitron.

Finally, Unitron is also announcing uDirect™ 2 and uTV™ 2 streaming accessories. uDirect 2 accessory with Bluetooth enables wireless connection to entertainment and communications devices and also acts as a remote control to the devices. The uTV 2 accessory provides similar wireless connectivity for the television, sending stereo audio to both hearing instruments via the uDirect 2. 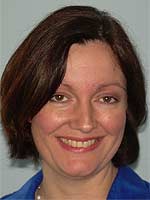 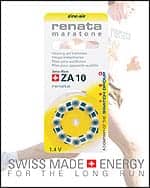