As part of a July 18 announcement in the Federal Register on a new proposed ruling, the Federal Communications Commission (FCC)—the government agency regulating interstate communications by radio, TV, satellite, cable, and wire—has indicated an interest in utilizing automated speech recognition (ASR) as an alternative to live captioning assistants (CAs) for Internet Protocol Captioned Telephone Service (IP CTS), making the use of CAs optional.

IP CTS is a service that allows deaf, hard-of-hearing, and deaf-blind individuals to communicate via captioned telephones. When an IP CTS user places a call, he/she activates the captioning on their end, alerting a CA to join the call. The CA then communicates what the hearing party says into a speech recognition program, which transcribes those words into captions; some CAs may type captions manually.

In April 2011, consumer groups suggested that functional equivalence be defined as enabling ‘‘[p]ersons receiving or making relay calls . . . to participate equally in the entire conversation with the other party or parties and . . . experience the same activity, emotional context, purpose, operation, work, service, or role (function) within the call as if the call is between individuals who are not using relay services on any end of the call.’’ The Commission seeks comment on the extent to which this is an appropriate definition of functional equivalence for the purpose of defining this performance goal.

The issue at hand may be that the term “functional equivalence” is not well-defined enough to be useful in comparison between the new proposed ASR system and the CAs currently being used. Because there is currently no common standard for caption quality under the American with Disabilities Act (ADA), it’s unknown how the ASR system could be measured in terms of accuracy or timing.

According to a statement made by FCC Commissioner Jessica Rosenworcel at a June 7, 2018 meeting to discuss the proposed changes, “…the approach here is backwards. It puts the cart before the horse by introducing automatic speech recognition into the IP CTS program before we address our most basic regulatory responsibilities.”

Rosenworcel goes on to say that, “I believe it makes sense to include automatic speech recognition in our framework under the Americans with Disabilities Act. Technology has advanced and it may be possible for automated systems to substitute for traditional IP CTS, which requires human intervention through communications assistants. It may yield an experience for users that is comparable to older forms of IP CTS and delivers true functional equivalency under the law. But inexplicably, the FCC authorizes automatic speech recognition today but puts off for the future figuring out at what rate providers will be compensated and what service quality standards hard-of-hearing users can expect. Can we acknowledge that if functional equivalency is our mandate, we should be doing these things right here and now at the same time that we authorize the service?”

One of the major drivers of the proposal to move to ASR captions may be cost, according to the FCC. Currently, the FCC covers the cost of digital, IP, and interstate calls by reimbursing states, while states are responsible for the cost of analog captions, intrastate calls, and equipment.

The proposal states: From 2011 to 2017, under the Multistate Average Rate Structure Plan (MARS Plan), the IP CTS compensation rate increased from $1.763 to $1.9467 per minute, while average allowable IP CTS expenses dropped from $2.0581 to $1.2326 per minute. In part because of this excessive compensation rate, payments to IP CTS providers from the TRS Fund are putting ever-increasing pressure on a declining TRS Fund contribution base—pressure that sooner or later, if unchecked, will threaten the viability of the TRS program itself.

The FCC includes an IPS CTS cost estimate for ASR of about $0.49 per minute, based on calculations provided by Rolka Loube for the the commission’s 2018 annual rate report.

The public comment period for the proposal is open until September 17.

Lise Hamlin, director of public policy for HLAA, told Hearing Review in an email: “Fully ASR platforms, that is, ASR without intervention by a CA, is getting closer and closer to becoming a viable tool we can use in everyday life, including for IP CTS. We are happy to see such technological advances—and eager for the day when ASR is a quality service we can depend on. However, we are not aligned with the Commission in how to roll out fully ASR IP CTS. We believe standards should be in place and issues such as how to handle privacy should be addressed, before fully ASR technology providers should be open for business in the TRS constellation of services.”

HLAA, as well as a consortium of organizations including Telecommunications for the Deaf and Hard of Hearing Inc (TDI),  the National Association of the Deaf (NAD) (“Consumer Groups”), and the Deaf/Hard of Hearing Technology Rehabilitation Engineering Research Center (DHH-RERC), filed comments July 26, in response to the FCC’s proposal. In the letter, they state: The Commission is putting the cart before the horse by allowing ASR-based IP CTS services without developing standards and metrics for the provision of IP CTS to ensure that consumers receive robust service from all providers, regardless of the underlying technologies used to provide the service. Inaccurate and unreliable IP CTS service stand to substantially harm consumers who rely on them for communications with family, friends, employers, and commercial transactions and lack the means to qualitatively compare services in advance.

A copy of the entire letter can be viewed here: FCC Letter.

Hamlin went on to say, “While IP CTS has been a huge boon to people with hearing loss, it is in no way perfect. Some providers do better than others, but no provider has been able to ensure that text every time is error free or in some cases, even close to error free. We understand that in live captioning, there is little chance we will ever see error-free captioning as long as a human (a CA) is involved; and from what we have seen of ASR to date, the same is true for fully automated speech recognition services.

“Still, I do believe the FCC is interested in a service that is not just a cost-saver, but also want to ensure that IP CTS overall provides the kind of service people with hearing loss can depend on,” continued Hamlin. “In emergency situations or even when someone is calling their doctor, the information provided could be lifesaving.”

Stefani Kim is associate editor of The Hearing Review. 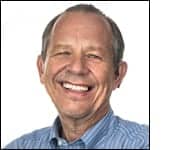 New Products from Phonak and Unitron Unveiled at EUHA