Loud Noise Exposure May Increase Risks for Acoustic Neuroma
San Francisco—According to new research at Ohio State University by Colin Edwards and Judith Schwartzbaum, repeated exposure to loud noise increases the risk of developing an acoustic neuroma that could cause hearing loss. The study appears in the February 15 edition of American Journal of Epidemiology.

“It doesn’t matter if the noise comes from years of on-the-job exposure or from a source that isn’t job-related,” says Edwards, a doctoral student in the School of Public Health at Ohio State University. In the study, people who were repeatedly exposed to loud noise over the span of several years were, on average, one-and-a-half times more likely to develop an acoustic neuroma compared to people who weren’t exposed to such noise on a regular basis.

Edwards and his colleagues gathered five years of data from the Swedish portion of the INTERPHONE Study, an international study of cell phone use and tumors that affect the brain and head. The researchers used the Swedish portion of the study because health officials there keep meticulous data on rates of acoustic neuroma development in the country’s population, according to Schwartzbaum, a study co-author and an associate professor of epidemiology in the School of Public Health at Ohio State. In addition to the 146 study participants with acoustic neuroma, another 564 people without the tumor who served as controls were also interviewed by a nurse. The participants in this group were randomly selected from the continuously updated Swedish population registry. Study participants ranged in age from 20 to 69.

All participants were asked if they were regularly exposed to occupational and non-occupational loud noise and, if so, for how many years. “Loud noise” was defined as at least 80 dB (eg, about the same sound level as traffic noise). If the subjects said that they had been regularly exposed to loud noise, they were then asked to describe the activities during which they were exposed to that noise. Categories for loud noise exposure included exposure to machines, power tools and/or construction noise, exposure to motors and airplane engines, exposure to loud music (including employment in the music industry), and exposure to screaming children, sports events, and/or restaurants/bars. The researchers also collected data on the use of hearing protection.

Acoustic neuroma is fairly rare, accounting for only about 6-10% of tumors that develop inside the skull. Depending on the population, anywhere from 1 to 20 people per 100,000 develop acoustic neuroma each year. The people with the tumor in this study had the most common type (unilateral acoustic neuroma). About 95% of all cases of acoustic neuroma affect only one ear. The other kind, bilateral acoustic neuroma, is inherited and affects both ears. If the tumor is caught early enough through a thorough examination and hearing tests, a physician may be able to surgically remove it. But as the tumor grows larger, it may become attached to the nerves that control facial movement, balance, and hearing, making it far more difficult to remove the entire tumor.

Edwards and Schwartzbaum conducted the study with researchers from the Institute of Environmental Medicine of the Karolinska Institutet, Stockholm, Sweden. Funding for the work was provided by the European Union Fifth Framework Program; the Swedish Research Council; and the International Union against Cancer. The above was adapted from a release written by Holly Wagner of Ohio State University.

Lawsuit Alleges that iPods Damage People’s Hearing
San Francisco—The Associated Press (February 1, 2005) reported that an owner of an Apple iPod music player has filed a federal lawsuit against the company, claiming that the device causes hearing loss in people who use it.

The suit, which seeks class-action status, wants compensation for plaintiffs’ hearing loss and asks that upgrades be made to make the iPods safer. Part of the complaint alleges that the portable music players are “inherently defective in design and are not sufficiently adorned with adequate warnings regarding the likelihood of hearing loss.” The suit also maintains that Apple contributes to the problem by including phrases such as “crank up the tunes” and “bring in the noise” in its products’ instructional literature.

The AP article also quotes Deanne Meinke, an audiologist at the University of Colorado, who points out that other products in the marketplace also have potential to damage one’s hearing, and that the risks lie primarily with the usage of the product. Apple ships a warning with each iPod, cautioning that “permanent hearing loss may occur if earphones or headphones are used at high volume.”

The iPod can produce sounds of more than 115 decibels, according to the complaint. A recent survey by ASHA found the iPod capable of volumes of 120-125 dBA (p 18), and Fligor reports a top volume of 111 dBA for an iPod Nano (see p 72); however, it can be seen on p 18 that other players reach similar volume levels. Apple has sold more than 42 million of the devices since they went on sale in 2001, including 14 million in the fourth quarter last year. Companies manufacturing personal music players in Europe were recently forced to limit output levels to 100 dB.

Audiology Education Summit II Held
Phoenix—“Audiology Education Summit II: Strengthening Partnerships in Clinical Education” was held February 3-5. Representatives from the American Speech Language Hearing Association (ASHA) and the Council on Academic Accreditation in Audiology and Speech-Language Pathology (CAA) served on the planning advisory committee, along with individuals representing the Council of Academic Programs in Communication Sciences and Disorders and the American Academy of Audiology (AAA). The purpose of the meeting was to share information among clinical preceptors and educators about evolving practices in audiology doctoral programs, and to recommend best practices for universities and clinical sites to incorporate into their training models.

A traditionally contentious issue between the ASHA and AAA, last year’s summit—which focused on identifying the characteristics of clinical doctoral programs in audiology (AuD programs)—was not attended officially by AAA’s leadership.

The Summit Advisory Committee will be issuing a written report in the next few months, which will be disseminated to all summit attendees and made available on the ASHA Web site. According to ASHA, it is hoped that the report will identify many areas of consensus, and thus can serve as a basis for improvement and standardization across audiology doctoral programs in the future. The written report also will identify areas in which consensus does not currently exist, which will require further study and discussion.

Misonix Developing “Audible Ultrasound” Technology
Farmingdale, NY—Misonix Inc, a developer of ultrasonic medical device technology for the treatment of cancer and other health care purposes, has announced that it has contracted Ceres Biotechnology LLC for services to assist in bringing to market its ultrasonic medical devices for those with severe hearing impairment.

Misonix’s strategy is to prepare for commercialization the products that had previously been in development by Hearing Innovations. Following its reorganization under Chapter 11, Hearing Innovations—a developmental company with patented HiSonic ultrasonic technology designed to address profound deafness and tinnitus—became a wholly-owned subsidiary of Misonix.

Virginia-based Ceres Biotechnology has been contracted to provide professional consulting services for the development of technology, software programming, technical and product development engineering, and the creation, testing and development of prototypes. As part of the contract, Ceres Biotechnology will conduct a clinical trail intended to prove efficacy. Ceres envisions the development of a multifunctional unit that will incorporate technologies addressing sensory processes essential for hearing and interpreting sound. The technology is also designed to enable improved hearing by those less impaired, thus significantly expanding the addressable market.

Hearing Innovations offered the HiSonic-TRD which delivered low levels of ultrasound through bone conduction, and according to the company, studies demonstrated clinically that it offers significant long-term relief, and a residual inhibition effect (eg, temporary disappearance of tinnitus after use of the device) has been noted in several subjects. 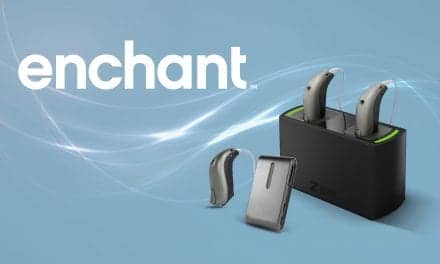