People who are hearing impaired sometimes have a difficult time following a conversation in a multi-speaker environment such as a noisy restaurant or a party. While current hearing aids can suppress background noise, users still have difficulty listening to a single conversation among many without knowing which speaker the user is attending to. A cognitive hearing aid that constantly monitors the brain activity of the subject to determine whether the subject is conversing with a specific speaker in the environment would be a dream come true.

Using deep neural network models, researchers at Columbia Engineering have made a breakthrough in auditory attention decoding (AAD) methods and are coming closer to making cognitively-controlled hearing aids a reality, the university announced on its website. The study, led by Nima Mesgarani, associate professor of electrical engineering, was published in the Journal of Neural Engineering. The work was done in collaboration with Columbia University Medical Center’s Department of Neurosurgery, Hofstra-Northwell School of Medicine, and Feinstein Institute for Medical Research. DEMO: http://naplab.ee.columbia.edu/nnaad.html

Mesgarani’s team developed an end-to-end system that receives a single audio channel containing a mixture of speakers by a listener along with the listener’s neural signals, automatically separates the individual speakers in the mixture, determines which speaker is being listened to, and then amplifies the attended speaker’s voice to assist the listener—all in under 10 seconds.

A cognitively-controlled assistive hearing device can automatically amplify one speaker among many. To do so, a deep neural network automatically separates each of the speakers from the mixture, and compares each speaker with the neural data from the user’s brain. The speaker that best matches the neural data is then amplified to assist the user.
Diagram courtesy of Nima Mesgarani/Columbia Engineering

“This work combines the state-of-the-art from two disciplines: speech engineering and auditory attention decoding,” said Mesgarani, who is also a member of the Data Science Institute and the Mortimer B. Zuckerman Mind Brain Behavior Institute. “We were able to develop this system once we made the breakthrough in using deep neural network models to separate speech.”

His team came up with the idea of a cognitively-controlled hearing aid after they demonstrated it was possible to decode the attended target of a listener using neural responses in the listener’s brain using invasive neural recordings in humans (Nature 2012). Two years later, they showed they could decode attention with non-invasive methods as well (Cerebral Cortex 2015).

“Translating these findings to real-world applications poses many challenges,” notes James O’Sullivan, a postdoctoral research scientist working with Mesgarani and lead author of the study. According to Columbia Engineering, in a typical implementation of auditory attention decoding, researchers compare the neural responses recorded from a subject’s brain with the clean speech uttered by different speakers; the speaker who produces the maximum similarity with the neural data is determined to be the target and is subsequently amplified. However, in the real world, researchers have access only to the mixture, not the individual speakers.

“Our study takes a significant step towards automatically separating an attended speaker from the mixture,” O’Sullivan said.“To do so, we built deep neural network models that can automatically separate specific speakers from a mixture. We then compare each of these separated speakers with the neural signals to determine which voice the subject is listening to, and then amplify that specific voice for the listener.”

The team tested the efficacy of their system using invasive electrocorticography recordings from neurological subjects undergoing epilepsy surgery. They identified the regions of the auditory cortex that contribute to AAD and found that the system decoded the attention of the listener and amplified the voice he or she wanted to listen to, using only the mixed audio.

“Our system demonstrates a significant improvement in both subjective and objective speech quality measures—almost all of our subjects said they wanted to continue to use it,” Mesgarani said. “Our novel framework for AAD bridges the gap between the most recent advancements in speech processing technologies and speech prosthesis research and moves us closer to the development of realistic hearing aid devices that can automatically and dynamically track a user’s direction of attention and amplify an attended speaker.”

The study is titled “Neural decoding of attentional selection in multi-speaker environments without access to clean sources.” The other contributors are Zhuo Chen (Columbia Engineering), Guy M. McKhann, Sameer A. Sheth, (The Neurological Institute, Columbia University), and Jose Herrero and Ashesh D. Mehta (Hofstra-Northwell School of Medicine and Feinstein Institute for Medical Research).

The study was supported by grants from the National Institutes of Health (NIDCD R01-DC014279) and the University’s Research Initiatives in Science and Engineering.

The authors declare no financial or other conflicts of interest. 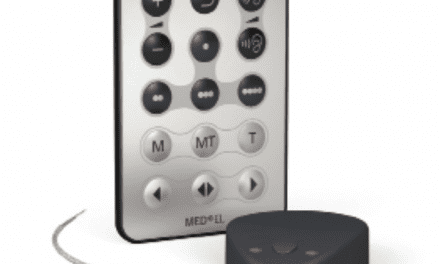 Management Considerations for Cochlear Implant Recipients in Their 80s and 90s