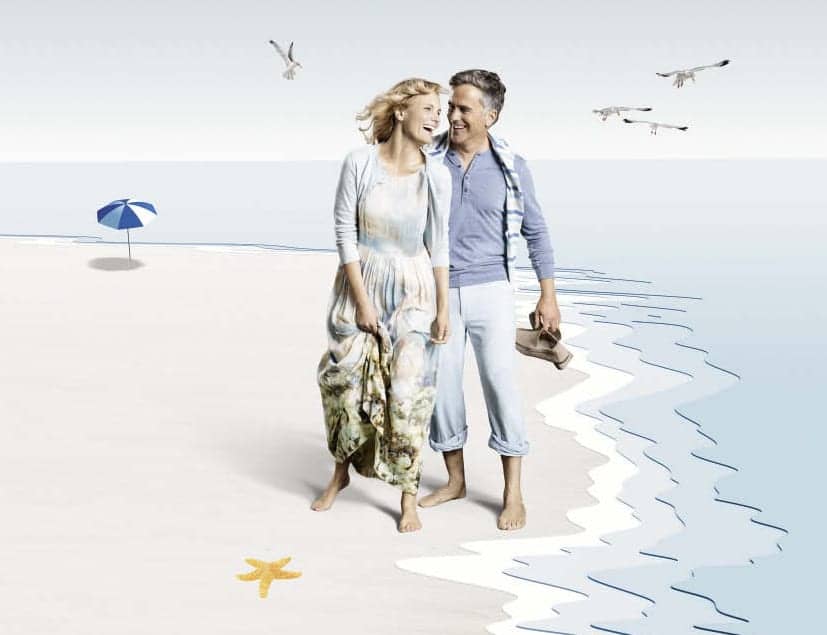 Advanced binaural algorithms can provide effective solutions for two major everyday problems encountered by hearing aid users: speech intelligibility in noise and in wind. This article explains how two new binaural algorithms—StereoZoom and Speech in Wind—used in the new Phonak Quest platform are designed to provide effective solutions for these two problems, making a significant contribution to improved end-user satisfaction with their hearing aids.

The technical possibilities of hearing aid technology have advanced dramatically during the last 20 years. These developments have led to a steady increase in the satisfaction of users with their hearing aids, which can be chronologically illustrated using the well-known MarkeTrak market analyses.1

The number of binaural communication systems is also continuously rising,2 so that the focus in hearing aid research is moving toward binaural signal processing technologies. New approaches are to be expected.

The introduction of the new Phonak Quest signal-processing platform extends the range of binaural algorithms. These algorithms support binaural hearing for hearing aid users. They offer solutions even in acoustic situations that still pose serious obstacles to hearing aid users, such as “speech intelligibility when in a large noisy group” or “having a conversation in a windy environment.”1

This article provides a technical description of two new binaural approaches and the extent to which these algorithms offer solutions in these situations.

The multi-microphone technology of hearing aids is currently the key element in separating the target signal from the noise signal and in improving speech comprehension in a measurable and subjectively perceptible way.3 They are generally first-order directional microphone systems (usually dual pressure and gradient microphones with typical polar pattern responses), which have their practical limits for hearing aid users—especially when the source of noise is within an angle of 60° of the target source or when the target source is outside the reverberation radius. However, these limits can be overcome by narrowing the main lobe of the directional characteristic of the microphone system and by making the system more sensitive. This can be achieved by increasing the order of the microphone system. (Author’s Note: A second-order directional microphone system might be more typical of an array microphone setup like that found in boom-mikes on the sidelines of football games/matches or the Eymotic LinkIt device; systems where several microphones are operating in tandem on one fixed device.)

The directional characteristic of StereoZoom shows it has a significantly narrower main lobe, with zero-points at approximately ±45°. Where a noise source is positioned more closely to the desired target speaker, the microphone system can still recognize these sources as being different objects. This results in a clearly increased damping of all signals that do not come from the front and are interpreted and suppressed as noise signals.

The “virtual” increase in the distance between the microphones allows the system to provide a more effective spatial effect even at lower frequencies. When superimposing the input signals, the maintenance of spatial separation is ensured, which is important for spatial perception and localization purposes.

Evidence of effectiveness. The efficacy of StereoZoom has been demonstrated in a number of studies.4-7

StereoZoom was compared with a monaural beamformer and another system available on the market in a recent study carried out at the hearing center in Oldenburg. The Oldenburg Sentence Test8 was used in a defined noise environment, with 7 loudspeakers projecting cafeteria noise from the directions of 30°, 60°, 90°, 180°, 270°, 300°, and 330° at the same time, creating a diffuse noise situation. Because the two front loudspeakers were positioned at 30° and 330°, the main lobe of the directional microphone system had to be extremely narrow in order to allow for the separation of the target signal and noise signals. A total of 15 test subjects with moderate hearing loss took part in the study.

Figure 2 shows the median of the speech reception threshold (SRT) for the various directional microphone approaches. StereoZoom was clearly better than the two other directional microphone systems of the first order. The test subjects with StereoZoom active could understand 80% of the words of a sentence at 1.65 dB lower than the equivalent threshold for the monaural beamformer and 2.75 dB lower than that of the competitor microphone system.

The results are statistically significant (significance level: 0.001). They demonstrate that a microphone system of a higher order is able to distinguish between target and noise sources when their directional distance is less than 30°. The study additionally confirmed that StereoZoom clearly improves speech comprehension, not only under ideal conditions, but also with diffuse background noise, which approximates more closely a real-life situation.

Automatic activation. Prior to the introduction of the Phonak Quest platform, the previous implementation of StereoZoom had to be activated manually by the end user. Through extensive studies, a valid criterion has now been developed that allows the automatic start and shutdown of StereoZoom. A classification algorithm analyzes the input signals of both hearing instruments based on a set of parameters, which are then compared by both hearing aids of a bilateral amplification using the wireless connection. In the case of a previously defined combination of these parameters, a decision is then made to activate StereoZoom. The activation is not sudden, but rather follows a hysteresis curve (ie, comparing the present and past sound environment), so that StereoZoom is only switched on/off during situations where the parameters measured remain stable for a specific period.

These new measures will only activate the auto StereoZoom in acoustic situations where it can be useful. This also reduces power consumption, while the automated activation additionally ensures that hearing aid users are no longer restricted to specific models when they want to use the StereoZoom feature.

Based on binaural signal processing, auto StereoZoom provides an effective solution for complex acoustic situations, such as “speech intelligibility when in a large noisy group.”1

The deterioration in signal-to-noise ratio (SNR) when wind is present is of considerable importance.9,10 Hearing aid users are often exposed to background noise caused by the wind, and microphones are often not placed optimally on the hearing aid to avoid this.

Many innovations have been developed to reduce the influence of wind—either mechanically or by means of digital signal processing. Purely mechanical solutions are indeed effective, but often not sufficiently transparent relative to acoustics.

Algorithmic approaches for separating the desired signal from the wind signal have also been employed. For example, wind noise can be reduced by using adaptive filters; however, these often manage to achieve only a reduction in amplification within certain frequency ranges. Although the background noise due to the wind is attenuated, the speech signal is also reduced in these frequencies. Thus, these solutions are frequently insufficient in many windy situations to ensure good speech understanding. In addition to insufficient suppression, the detection mechanism may also be faulty, which can lead to an uncertain reaction by the hearing aids.

The new binaural wind noise suppression algorithm from Phonak, called Speech in Wind, is designed to solve both problems: the reliability of detection is increased, while the filtration of wind noise is more intelligent, which also improves speech intelligibility.

Detection. In former wind-noise algorithms, the detection criteria were based on the analysis of the sound pressure levels at low frequencies. The new detection system in the new Phonak Quest hearing aid platform also can analyze the microphone signals of the dual-microphone system. If the system, when analyzing a defined period at certain frequencies, sees that no correlation can be established between the noise level and the phase of both signals, then wind can be assumed to be the cause. Additionally, the ratio between certain frequency components is analyzed to find out how strong the wind is. Within a few seconds, the two results trigger the required noise suppression, depending on the level of wind noise.

Suppression. In addition to the wind noise suppression feature, which is already available, the new system calculates the suppression factor in relation to the SNR, which in turn is based on the difference between the estimated wind noise level and the target signal level. If the target signal level of the new wind-suppression system is higher than the level of the wind noise, the suppression will be reduced. This ensures that the speech components of the input signal are not adversely affected, thus increasing both comfort and intelligibility in windy situations.

For this reason, the binaural wind-noise suppression algorithm, Speech in Wind, is based on the “better ear principle,” which uses preferentially that signal with the better SNR while taking advantage of the head shadow effect. This novel algorithm transfers the information on the wind-noise level independently detected in each hearing aid to the other side via the wireless link and compares both parameters.

In the case where the parameters have almost the same values, the system remains inactive; it assumes a symmetrical wind noise situation and only the monaural wind-noise suppression is activated in each hearing aid separately.

If, on the other hand, the measured parameters have different values, then the system assumes an asymmetrical wind situation. In this case, the signal is transferred from the side with the least amount of wind noise (ipsilateral) to the other side (contralateral). On the contralateral side, both signals (ie, the ipsilateral signal with less wind noise and the contralateral microphone signal) are overlaid. To maintain binaural and localization cues, the important signal components are preserved. This combined signal is then processed by the contralateral hearing instrument, using its signal processing technology and its setting.

Figure 3 shows an example of an asymmetrical wind situation and the behavior of the system with different settings. Figure 3a shows the input signal for the right and left hearing system. The input signal at the right ear is disturbed by wind noise. The wind noise is not suppressed, as Speech in Wind is deactivated. In Figure 3b, Speech in Wind is activated. The system detects wind noise in the right (contralateral) hearing system and reduces the level of the input signal to improve listening comfort. In Figure 3c, Speech in Wind is activated as well, and the system automatically recognizes the asymmetrical situation, ie, less wind interference in the left (ipsilateral) hearing system. As a result, the audio signal is transmitted from the left to the right hearing aid. The less-disturbed signal is processed in both hearing aids, significantly increasing the SNR and, as a result, improving speech understanding.

In this way, Speech in Wind provides an effective solution for complex acoustic situations like “having a conversation in a windy environment,” based on binaural signal processing.