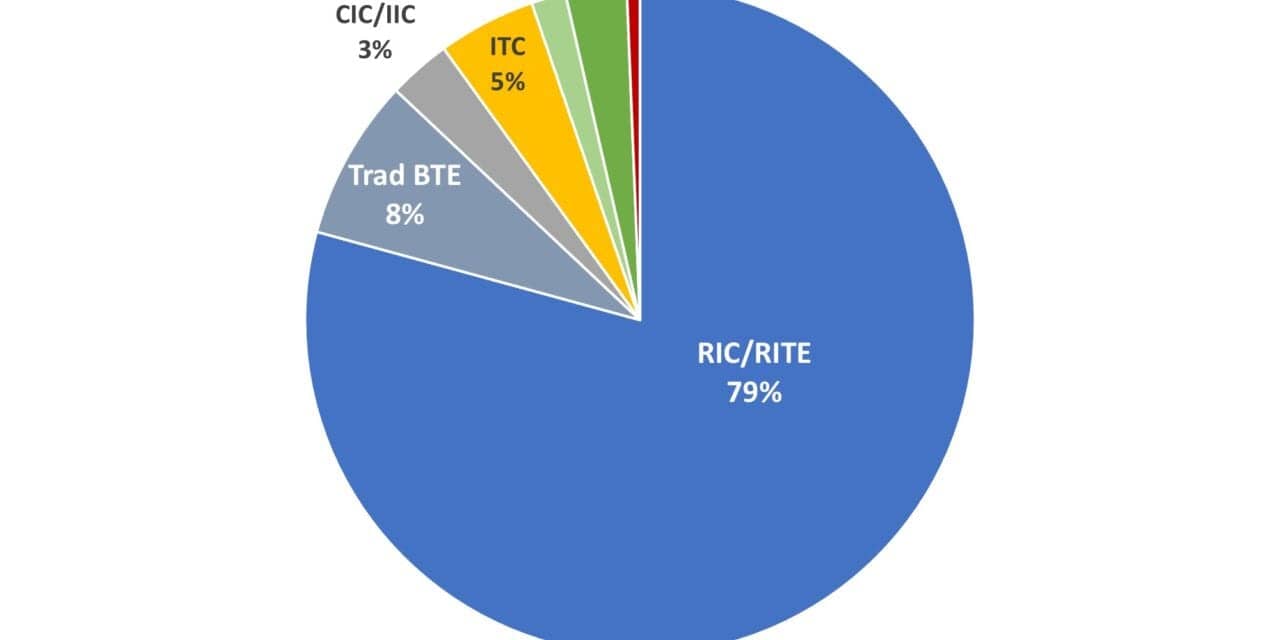 Percent use of hearing aid styles in the United States in 2020. From Strom 2021. Source: Hearing Industries Association.

In this article, we’re taking a look at US hearing aid style preferences and selection, as reported in Hearing Industries Association (HIA) historical statistics, along with estimates by The Hearing Review.

The miniaturization of circuitry and zinc-air batteries led to the introduction of CICs in the mid-1990s, and they were a favorite style of consumers who were seeking the most “invisible” hearing aid solutions. CICs quickly grew from about 7% of the market in 1994 to 23% in 2001. By 1996, when the first digital signal processing (DSP) hearing aids were introduced by Oticon and Widex, more than 6 of 7 (85%) hearing aids dispensed in the United States were ITEs, with half- and full-shell ITEs constituting 40% of the market, ITCs 27%, and CICs 16%. These numbers stayed relatively static through 2002, although the cosmetic advantages provided by CICs and ITCs continued to gain steam.

Although directional microphone (DM) technology had existed well before the turn of the century, the introduction of more advanced systems within BTEs featuring both omni-directional and directional capabilities (eg, the Phonak AudioZoom BTE in 1994) demonstrated the utility of DMs for improving speech understanding in noise and overall customer satisfaction. The venerable BTE was also the main—and often only—option for those people with more severe hearing losses requiring more gain and larger battery sizes. A sea-change occurred in the early 2000s with the introduction of the ReSound Avance slim-tube open-fit BTE, the Sebotek PAC (a closed-fitting RIC device), and later the Vivatone open-fit RIC/RITE—all of which served as early examples of the impending RIC open-fit revolution. (Note: It should be recognized that, like DMs, several open-fit BTEs had been introduced earlier, but had limitations in feedback control due to the analog technology. For example, Oticon introduced the E43 mini-BTE in 1989 and the Personic 430 open-fit BTE in 1992.) In mid-2003, GN introduced the ReSound Air open-fit digital BTE which became a huge commercial success, followed by many premiere hearing aid introductions that incorporated open-fit RIC styles.

As pointed out in the June 2014 Hearing Review article, “The RIC as a Disruptive Technology,” thin-wire RIC technology dramatically changed the selection process in hearing aids, with RIC dome-type fittings dominating other hearing aid styles in just over 10 years (Figure 2). At the same time, “traditional receiver” BTEs also grew quickly in market share, starting in 2002, probably due to a realization in the dispensing community of their enhanced DM capabilities along with the slim-tube open-fit revolution. By 2013, BTEs as a product class made up almost three-quarters (74%) of the US hearing aid market when adding together traditional BTEs and RIC/RITEs.

By 2020, as demonstrated by the pie chart at the top of this article, BTEs made up 87% of the market, with RICs constituting 79% of all US hearing aids sold and traditional-receiver BTEs constituting 8%. The remaining 13% was made up of ITEs (5% half- and full-shell ITEs; 5% ITCs; 3% CICs).

Will RICs continue to dominate selection and fitting in the US hearing healthcare field? Currently, there are no signs of BTE-type aids losing market share.

However, with future pressure from over-the-counter (OTC) RIC-type devices, it’s possible that custom ITEs could gain in popularity as dispensing professionals seek to differentiate their product offerings. This trend could also be spurred by the increasing popularity of 3D ear scanning systems (eg, Lantos and Natus systems). As pointed out in the article about evolution in hearing aid technology/circuit types, professional dispensing may also be entering an era that emphasizes greater choice in terms of both styles and technology levels. With more products catering to mild or near-normal hearing levels, teleaudiology, and flexible financing—like the program offered by Ally Lending—hearing aids are becoming more accessible and affordable.

About the author: Karl Strom is editor of The Hearing Review and has been reporting on hearing healthcare issues for over 25 years. He wrote this article for the sponsored Ally Lending enewsletter. 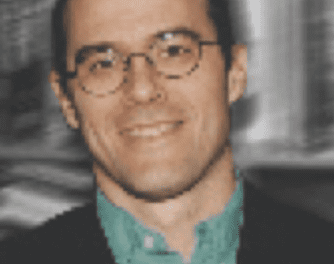 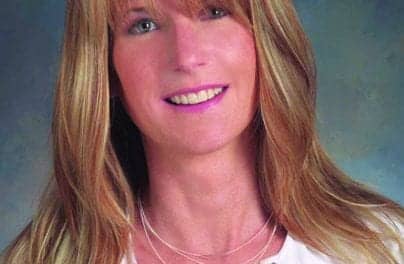 What Does ‘Patient Engagement’ Really Mean?