In Apple’s latest list of new features for the just released "iOS6" operating system for iPhones and iPads, Apple has confirmed earlier reports that iOS6 has greater support for hearing aids designated as "Made for iPhone."

On its iOS6 new features page, Apple writes in the accessibility section, “And Apple

is working with top manufacturers to introduce Made for iPhone hearing aids that will deliver a power-efficient, high-quality digital audio experience.”

In a footnote, the company states that Made for iPhone hearing aids will require iPhone 4S or iPhone 5. Therefore, hearing aid users will need to own or purchase the two most recent iPhone models. The older iPhone 3, iPhone 3GS, and iPhone 4 will not be able to take advantage of the new hearing aid features.

So far, only Starkey Hearing Technologies has publicly acknowledged that it is working with Apple. However, no details on Starkey’s project, or any other rumored industry collaborations, are available, thus making it unclear what "Made for iPhone hearing aids" might actually entail.

At a manufacturers’ roundtable discussion at the International Hearing Society (IHS) convention held last week in Phoenix, Starkey Executive Vice President Brandon Sawalich reassured the audience that, although he could not talk in detail about the collaboration, "Apple is in the phone business and Starkey is in the hearing business," and that the their mutual project is "about making their phones compatible" with the company’s products. He added that there is a lot of technology coming down the road that allows for wireless connectivity, new signal processing applications, and the ability to sidestep engineering problems associated with limited power capabilities. "Apple, I think, brings [consumer] awareness and lends our minds to open up to other possibilities as a profession outside of just [traditional applications]," said Sawalich.

Original reports suggest that the iPhone will not only have streaming functionality, but will also be able to allow a hearing health provider or manufacturer to remotely adjust the user’s hearing aid profile for troubleshooting and in different environments.

Hearing Review will report on any new reports about “Made for iPhone” hearing aids as they are revealed. 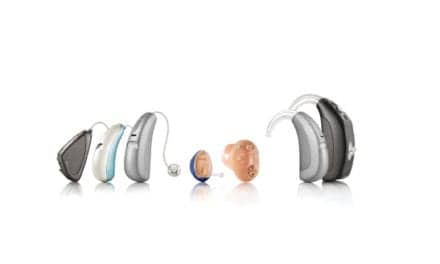 Unitron Introduces Next Generation of Moxi and Quantum with Flex 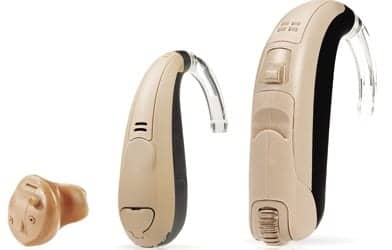