Interton purchases AHS to form Interton/AHS
Plymouth, MN — Interton Hoergerate GmbH, the family-owned hearing instrument manufacturer located in Bergisch-Gladbach, Germany, has purchased Authorized Hearing Systems (AHS). Headed by Hellmuth Tuerk and his family for almost 40 years, Interton has manufactured its hearing instrument brand products primarily for the European market. The new company, called Interton/AHS, will be led by President Stephan Sagolla who has 20 years of experience in the medical industry, including experience with a hearing instrument manufacturer. AHS President Henry Smith will continue to own and operate AHS’s international operations and earmold facility in Bristol, PA, under the name of Authorized Earmold Labs, as well as maintain an ongoing relationship with Interton/AHS.

According to Interton/AHS, the two companies recognized the increasing sophistication in hearing instrument products, and saw that it made sense to combine resources: “[The acquisition is] the perfect synergy of AHS’s custom aid expertise and Interton’s strong reputation as a leading designer and manufacturer of multi-digital hybrid technology,” says the company. It reports that, over several years, a partnership has evolved into a mutually beneficial relationship, which “provided hearing health care professionals with premiere products to help hearing aid patients everywhere.”

Just say no to youths’ piercing of upper ear
Rochester, MN — Cartilage damage and serious, permanent deformity of the ear may be the result for youngsters who get the upper portion of their ears pierced, says the November issue of the Mayo Clinic Health Letter. The reason is that the cartilage of the outer ear doesn’t have its own own blood supply (this is in contrast to the ear lobe which does have blood vessels). Instead, the cartilage is kept alive by absorbing the nutrients from a special lining covering it.

When the upper ear is pierced, it’s possible that inflammation and infection can peel off the lining and ultimately destroy the cartilage. Because there is no direct flow of blood to the cartilage, antibiotics are often ineffective in treating the infection. In severe cases, removal of the infected portion is necessary.

“With Adapto, we have dramatically reduced the three main reasons for poor user satisfaction,” says Oticon President Mikael Worning. “Adapto delivers optimal speech understanding without overwhelming the user with other sounds, decreasing the likelihood of feedback or distortion of the user’s own voice.”

The instrument is available in all styles ranging from CIC to BTE. According to industry analysts, Oticon has spent more than $23 million (200M DKK) to develop the new product line.

Helix finalizes agreement to Buy National Ear Care Plan
Montreal, Canada — Helix Hearing Care of America has announced that it has finalized a definitive stock purchase agreement to acquire Auxiliary Health Benefits Corp., which is better known as National Ear Care Plan (NECP), located in Denver. NECP is a hearing care benefit administrator for Fortune 500 companies, insurance carriers and employer sponsored plans with a reported network of 1300 affiliated audiologists in 1400 locations in 49 states and Puerto Rico. The purchase price is reported to be $3.5 million in cash.

Helix and HEARx Lt. are currently in the process of merging their companies (see June 2001 HR News, p. 14), pending shareholder approval, regulatory and third-party approvals. Upon completion of the merger, HEARx will change its name to HearUSA, Inc. Part of the combined companies’ business plan is to operate a network of audiology offices called the HearUSA Advantage Network. The Helix acquistion will allow the NECP network to be included in this network.

“This is one of the most significant transactions for the HearUSA Advantage Network,” says Steve Forget, president and CEO of Helix. “By adding a significant network of quality providers and a specialty benefit manager, this acquisition only reinforces our integrated hearing benefit management strategy.”

“We believe this is an excellent match,” says Pauline Casey, president of NECP. “By joining the network, we will be able to offer even more benfits to our current network providers, such as increased referrals and greater product buying opportunities.”

Helix maintains that its acquisition of NECP, when combined with operations of Helix and HEARx, would make the HearUSA Network the largest audiology-based hearing health care provider in North America. The company says the network would have access to more than 1600 hearing centers (including the 200 company-owned centers) covering 49 states in the U.S., Puerto Rico and the provinces of Quebec and Ontario in Canada.

The NPRM suggests that the FCC views the current compatibility standards as unsatisfactory and wants to force the digital cell industry to help resolve the interference process. It states that the statute requires compatibility with hearing instruments that are designed to be compatible with handsets, and it invites comment on how that definition should be applied—an issue that will probably become one of several contention points between the industries.

Previously, the FCC had tentatively concluded that it should eliminate the exemption for wireless handsets from the statutory compatibility requirement. However, it now appears that it wants to do whatever it can to establish a path that will lead to compatibility in as many future handsets as possible, if not all of them. 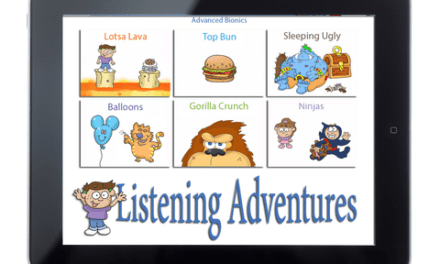 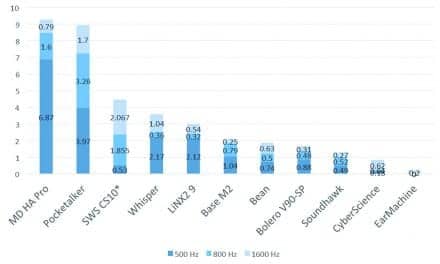 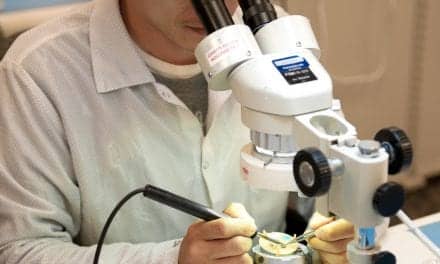