Adults' Use of FM Systems: Subjective Benefit by Adult Users

For years, the primary goal of using FM amplification systems was to improve the listening and learning skills of children enrolled in classrooms with poor acoustics. Although numerous studies have proven the benefits derived in a classroom setting,1-4 the study and research on the benefits of FM systems when used by adults in everyday environments are lacking.

There are patients who require and want more benefit than even today’s advanced, directional microphone hearing instruments can provide. FM systems may provide improvement in the SNR of 15-18 dB,12 which is greater than the SNR improvement provided by directional microphone technology (typically 2-8 dB SNR). An FM system can be the answer for these people, especially if they are motivated to make full use of the system.

Candidates for the FM systems in the past often had very poor speech discrimination ability, severe-to-profound hearing loss, and auditory processing deficits. The FM systems can also provide excellent benefit to almost any hearing loss, mild to profound, and can be demonstrated to all patients. This study examined whether adults with mild-to-profound hearing loss would perceive greater benefit with an FM system when compared to the benefit derived from their existing hearing instruments alone.

Twenty-two of the participants were binaural hearing instrument users and six were monaural hearing instrument users. Twenty participants were wearing devices with directional microphones. The majority of these patients utilized high-end technology devices with optimal SNR capabilities. They were already using exceptional devices that improved their hearing ability, but all were willing to try an FM system if there was the potential of improving their current benefit from the aids.

Results
Patients were asked to judge how they were hearing with their existing hearing instruments in nine different listening environments prior to wearing the FM device, including:

The subjects were to judge their own hearing performance in each of these environments as poor, fair, good, or excellent. After wearing the MicroLink FM system for 3-5 weeks, the subjects were asked again to judge the benefit between hearing with the FM system plus the hearing aid (FM+HA) in the nine listening environments. Each rating was assigned a numerical score: poor=1, fair=2, good=3, and excellent=4.

We felt the above nine environments sufficiently represented situations patients encounter on a regular basis. We analyzed the data by comparing the perceived benefit of the FM system between the following groups: 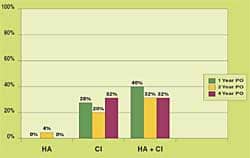 Figure 3. Subjective ratings of the FM + HA versus the hearing-aid-only conditions under various listening environments by all the study subjects (N = 28).

The overall judgments are determined in Figure 3. In every listening environment, the patients judged their hearing to be improved in the hearing aid and FM condition compared to the hearing-aid-only condition.

The largest improvement in subjective benefit came in what patients deemed as the four most difficult listening environments: lecture or seminar, restaurant, at a distance, and in a car. Patients most often complain about hearing in these specific situations and the FM system proved to be a suitable solution for these patients. Remember, 73% of our study participants were already wearing hearing instruments with directional microphone technology, which is aimed at improving listening in these difficult situations. Therefore, the FM system provided even more benefit for these patients in these common, difficult listening environments. 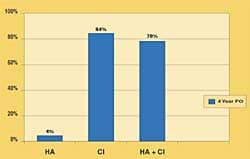 Figure 4. Subjective ratings of the FM + HA versus HA-only conditions under various listening environments by the 20 subjects who ultimately elected to purchase the system.

The judged benefit received in the different listening environments becomes even more significant when we compare the group that kept the FM device (Figure 4, page 29) versus the group that did not keep the device (Figure 5, page 29). Those who kept the FM system judged their benefit in the first four listening environments at an average level of 2.5 with their aid(s) alone versus a level of 3.0 with the FM+HA (when judged on the scale of 1-4 mentioned previously). The four most difficult listening situations are where the subjects noticed the most improvement with the FM+HA system when compared to wearing their hearing aids only. Benefit improved from an average of 1.6 (aid alone) to a level of 2.8 with the FM+HA. Therefore, the benefit in the more difficult listening environments was more than twice that of the quieter situations.

Figure 5. Subjective ratings of the FM + HA versus HA-only conditions under various listening environments by the 8 subjects who ultimately elected not to purchase the system.

Patient Comments
Comments (both good and bad) from our patients about the FM system provide additional insight into the use of FM devices in a private dispensing practice.

Positive comments/scenarios
• One patient who works as a CEO wanted multiple TX3s: one for his secretary, one for his wife who worked in his office, and one for his office manager Unfortunately, this is not currently possible. The receiver can only get input from one transmitter at a time, or it can be done in a “daisy chain,” which is very difficult at best.

• One man had a dead ear on his right side and was aided on his left ear with a new Siemens Signia. His wife had a paralyzed vocal cord that made it very difficult for them to converse with one another, especially when he was driving their car. He was provided with an FM device just before they departed for vacation, which included a 6-hour car ride. He returned the following week with a check in-hand and said, “This is the first time my wife and I have been able to talk in the car for years.”

• A patient had a flat 70-80 dB hearing loss bilaterally with 8% and 12% speech discrimination wearing Phonak 332 AZ. He tried the FM system and returned after
2 weeks. He said: “I went to my club meeting with eight of us around the table and set the TX3 on the table. I was involved in the conversation for the first time since my sudden hearing loss.”

• A patient was wearing Widex Senso instruments for 4 years. He had a moderate-to-severe bilateral loss with 40% and 48% discrimination. He and his wife own an apartment building. The second day wearing the device he was outside raking leaves and his wife was inside the building (with the TX3 in her pocket). She was speaking with a tenant who had a problem with his apartment. She mentioned that needed to go get her husband from the yard. Before she turned to get him, he was already on his way (having heard the conversation take place). His wife was stunned that he could hear her talking at such a distance (Note that all users of the system need to be aware of these capabilities.)

• A patient who uses 332 Power AudioZooms with 8% and 20% discrimination had not been able to use the phone for the past few years. After using the TX4, he has been able to communicate on the phone and he feels that his understanding on the phone is now about 95%.

• A patient with a severe-to-profound unilateral hearing loss with 28% discrimination has been struggling to use the phone. He tried the TX4 and this allowed him to hear well on the phone for the first time in many years.

Negative comments/scenarios:
• One man mentioned he was afraid of losing the TX3 or the receiver. He also worried about leaving the TX3 somewhere like a restaurant and then not remembering where he left it.

• A patient felt that the design was poor because the antenna should be internal or more like a cell phone antenna. She also did not like to have to put the TX3 around her neck—or anyone else’s for that matter.

• There was almost universal agreement on the instructional booklets, with most citing that the booklets were confusing. Because of this, the staff actually found more success if we did not provide the patient with the system’s written instructions. Instead, they were asked to call us or ask us questions at follow up visits.

Cost of the Devices
The MicroLink system is a rather expensive device for the patient to purchase with the suggested retail in the $2,600-$3,600 range depending on monaural and binaural use. Note that this cost does not include the patient’s hearing instruments. However, when a patient comes in with fairly new BTEs and asks the typical question, “So what’s newer and better than what I have?” the MicroLink is an excellent alternative to discuss with the patient.

If a patient is already wearing a MicroLink-compatible hearing instrument, then demonstrating it to the patient is worthwhile. There is now a demonstration TX4 that can easily be set up in an office. We found letting a patient try it for a month with a demonstration unit was the most successful way of showing its benefits.

Potential Future Improvements
There are probably two issues we feel can be improved on with this technology. The first is to create a new antenna that is thicker and shorter (more like a cell phone antenna). Phonak reports that this modification is in the planning stages and will be available sometime in the future. The other is improvement of the instructional booklets given to the patients.

A third wish would be that FM capability becomes available in ITEs—and eventually in half-shells and ITCs, if possible—in the near future. This would improve the hearing ability of our patients in many ways, especially in noisy listening environments, with the telephone, as well as when listening at a distance. We believe that the company with this capability in its product line will certainly have an added, worthwhile advantage to offer patients.

Summary
This study found that adults with mild-to-profound hearing losses can wear an FM system and receive excellent benefit in a variety of listening environments. The improvement found in restaurants, lectures, in a car, and at a distance was found to be the most significant for hearing impaired adult patients. These difficult listening situations are where most people with hearing impairment struggle to hear clearly.

We have found the FM system described here to be a beneficial option for those patients who are not satisfied with their current BTE instrument(s) when faced with challenging listening situations. Twenty of the 28 subjects in this study (71%) elected to purchase the FM system.

The study also shows that FM technology represents a valuable solution when a patient is already utilizing high-end directional technology and is still desiring added hearing benefit in challenging listening situations. FM systems—although traditionally used for children in classrooms—are a useful, available technology that adults can also use to significantly improve their hearing in difficult listening environments.

Acknowledgements
Author’s Note: CSG/Better Hearing Center received no special treatment or benefits from Phonak for writing this article. Each study participant who decided to keep the FM device, paid for it in full. We performed this study because we felt there has not been sufficient data generated relative to FM system benefit for adults in typical listening environments.

We would like to thank David Wessell and Liz Brassine of Phonak for providing the graphics of the MicroLink system in this article and for some clarifications regarding the product. 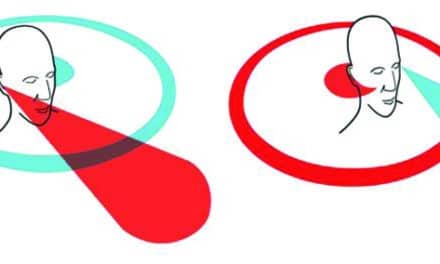 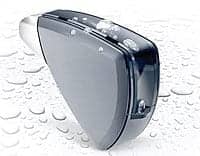