As we approach the 40th anniversary of Woodstock, hearing solutions manufacturer Oticon, Somerset, NJ, shares the following snapshot in time, their interview conducted with Stephen Stills:

As one of Rolling Stone Magazine’s “100 greatest guitarist of all times,” Stephen Stills contributed vision and musical genius as a founding member of Crosby, Stills, and Nash.  Despite hits that still rank among the best-loved songs of a generation—Suite: Judy Blue Eyes, Teach Your Children, Woodstock, Long Time Gone—Stills continues to work at his craft, creating and playing music to entertain and inspire audiences. His own history is closely entwined with the history of rock and roll and surprisingly, with the hearing loss that he first experienced as a child.

“My hearing loss was first spotted when I was 9 years old and living in Louisiana," says Stills.  "This was in 1954 and a little truck came to the school to give the children physicals. The doctor noticed a hearing loss in my right ear and told my parents to ‘keep an eye on it’."

Over the years, the Rock and Roll Hall of Famer had difficulty in conversations, especially with soft-spoken people, but did little to address his hearing loss or prevent further damage. “My hearing grew worse as I was subjected to high decibels on tour shows,” he says. “In my 30s, I began making records in a way that would expose me to hours and hours of loud sounds in the recording studio.”

Even with the increased loss he experienced, Stills was reluctant to commit to wearing hearing aids. “As my hearing loss increased, I experimented with hearing aids but they were so cumbersome, I hated the feeling of having a big piece of plastic in my ear,” he says. “I also thought they would block up my ears and cause me to miss the ambiance of the room and the crowds.”

It was guitarist Neil Young who suggested Stills try a new, modern-design, behind-the-ear hearing solution called Dual.  “I fell in love with them immediately," says Stills. "They were so light, they enhanced the frequencies I needed, and let the ambient sound come in.”

His new Duals enabled Stills to hear his own voice more clearly. “My Duals certainly allow me to sing in tune—something that has been very difficult for me in recent years," he says. "In performances, the sound from my acoustic guitar is so big, it wiped out what I was singing. I would go out of tune and not realize it.

"Now when I perform, I am able to hear the top end of the music and get back in tune,” he says. His new hearing solutions have also benefited his guitar playing: “Now I can hear the subtleties of the music. This has improved my playing and my singing,” he says.

Wearing his Duals on stage allows Stills to turn down his monitors so that he can sing, play and hear the band. “They also allow me to get back to mixing records in the studio,” he says. “I’m still recording. I’m doing an acoustic album with Crosby and Nash and also a solo album.”  Stills also regularly tours with Crosby and Nash and performs with his own solo blues band.

Conversation is clearer and more comfortable for Stills. “I can understand my children much better and I can understand everyone better," he says.  "When I go down to the dinner table, my wife will say to me, ‘Honey, do you have your hearing gear on?’ before she starts a conversation with me. I can hear people behind me when they call to me, something I could never do before. It’s made a great difference in my life.

“When you don’t take care of your hearing loss, you can get isolated, fall into depression, and it’s a domino effect," he says. "You are cut off so you fall into depressive cycles and don’t know why you feel so bad but you do. And it has so much to do with the fact that you can’t participate. There are a myriad of reasons to take steps to address hearing loss sooner rather than later. If I was 50 and had just discovered the difference my hearing solutions could make, I would have improved my circumstances and my shows and would have saved myself a lot of troubles over the last 10 years.”

Stills recommends Dual to anyone who is experiencing hearing loss. His advice: “I would recommend that people go as fast as they can and try Dual because they’ll never go back to their old hearing aids.” 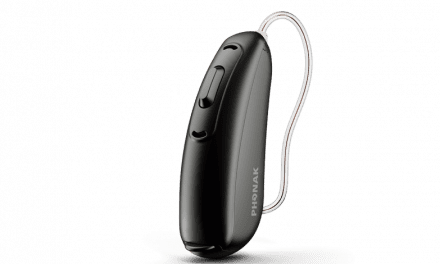