Each year, 12,000 newborns—1 in 300—leave U.S. hospitals with some form of hearing impairment.1 These children are often misdiagnosed as mentally retarded, autistic, brain damaged or schizophrenic. Early identification of hearing loss is recognized as a necessary step in the intervention and management of hearing impairment in children.2

Ideally, children with hearing loss should be identified by three months of age and enrolled in an early intervention program by six months of age.3 Unfortunately, hearing impairment often remains undiagnosed until a delay in speech and language is noticed, usually after the age of two.4 By this time, permanent and serious difficulties in acquiring long-term speech and language skills may be present, even if appropriate treatment is provided. Early identification of infant hearing loss would lead to immediate services and intervention strategies, thereby decreasing the detrimental effects of congenital hearing loss on communication, educational and psychosocial development.

Screening of neonates based on high-risk factors has long been used by audiologists to identify hearing loss; however, a high-risk register approach misses as many as 50% of newborns with hearing impairment.5 Universal hearing screening of all newborns as recommended by the National Institutes of Health6 is supported by legislation or pending legislation in 36 states1 and is rapidly becoming the States’ protocol of choice to identify newborns with hearing loss as early as possible.7 The Newborn Infant Hearing Screening and Intervention Act signed into law last year by President Clinton, earmarked $7 million for states to develop infant hearing screening and intervention programs. The American Speech-Language-Hearing Assn. (ASHA) is lobbying for full funding of $15 million in FY2001.8 The Act specifies that three federal agencies will work together to link the programs with community-based intervention efforts, as well as to track the impact of early detection and intervention and help with national data collection, management and research.

Previous investigations9,10 have reported variations in the types of screening programs, personnel and technology used in identifying newborns with hearing loss. The authors wondered whether current infant screening and intervention programs used in large birthing hospitals across the U.S. were more variable or similar to one another in their approaches to identification and management of hearing loss in infants.

Survey Method
A 13-item survey, with some questions taken from Arehart et al.10 for comparison purposes, was sent to 153 birthing hospitals across the U.S. and the District of Columbia. These hospitals represented the three hospitals in each state or district with the highest recorded number of births, according to the American Hospital Association’s Guide to the Health Care Field, 1998-99 edition. The survey consisted of questions related to the type of program, technologies and personnel used, intervention services provided, costs and whether or not the program is state mandated.

The survey was sent to the directors of the Department of Audiology in each hospital along with a self-addressed stamped envelope and a cover letter explaining the purpose of the study. Eighty-two questionnaires were returned for a 54% return rate; however, six arrived unanswered and one arrived too late to be included in data analysis. Results are thus based on 75 returned and completed questionnaires. All states with the exception of Idaho, Nevada, and West Virginia had at least one respondent. The 14 southwestern and central states had the best responses with 67% in each of the two regions.

It is not surprising that ABRs and OAEs, either alone or in combination, have replaced older methods of newborn hearing screening such as behavioral audiometry or the Crib-O-Gram. These older methods tend to be unreliable, while the newer electrophysiological tests are not only reliable but also highly sensitive to the presence of hearing loss.

The diverse use of “other” personnel to carry out screenings is of major concern, with nurses, technicians, volunteers and other professionals used more often than audiologists to perform the tests. In this respect, the present study agrees with Arehart et al. in that nurses are used most often, while audiologists rank second. Although the use of automated protocols for ABRs and OAEs reduces the decision-making aspects of either “pass” or “refer,” the audiologist-as-counselor is critical to explaining the results of screening to anxious parents and should be available during the screening process, as well as during the diagnostic testing process. Unfortunately, Luterman & Kurtzer-White12 report that audiologists are given little preparation for dealing with the parents of infants with hearing loss, and only 18% have ever taken a counseling course.13

The need for appropriate knowledge and counseling during the hearing screening process was brought home to me (JD) when one of my undergraduate students had her own newborn baby’s hearing screened. She became frustrated and concerned when the technician doing the testing said she knew nothing about the test results and couldn’t tell her anything about her baby’s hearing status. This should never happen to parents, who need immediate information from a skilled and empathetic counselor to begin the process of adjustment to their child’s hearing loss and of informed decision-making.

Another issue of concern for further study is that a minority of hospitals in this survey provides direct follow-up beyond diagnostic testing and counseling. As early as 1994, Bess & Paradise14 expressed concern about the availability of professional follow-up services for the increased number of infants diagnosed with hearing loss through universal screening. They write…“it is improper to screen for a disorder without certainty that facilities for suitable follow-up care of individuals who fail the screen are both available and accessible.”14 More recently, Luterman & Kurtzer-White have echoed this concern, stating that “no screening program should be undertaken without an established comprehensive management program.”12 Since our survey did not provide an option to select “referral” when the hospital did not provide direct follow-up services, this is an issue that warrants further study to find out how involved hospitals are in the management of newborns found to have hearing loss.

Hayes7 reports that states are making rapid progress toward achieving universal hearing screening, although several issues continue to impede the establishment of “effective and comprehensive programs.” She lists these impediments as a lack of mandatory statewide systems for tracking and reporting, a lack of centralized systems for reporting confirmed cases of hearing loss, a lack of data-reporting strategies that facilitate transition of infants and families through a system of care and a lack of understanding about the urgent need for intervention in the earliest months of life. She states that “the development of complete systems of care must become a priority for universal newborn hearing screening to provide its ultimate benefit.”7

A recent report card1 on infant hearing screening issued by the National Committee on Hearing Health graded states on their overall progress in establishing universal hearing screening programs. The “excellent” category was reserved for nine states in which “almost all babies are screened and a statewide system for coordination, training, quality assurance, and follow-up have been established.” These states include Colorado, Connecticut, Hawaii, Iowa, Mississippi, New Mexico, Rhode Island, Utah and Wyoming. The 15 states rated “good” were in the process of developing coordinated systems, while 20 others including the District of Columbia rated a “fair” for statewide efforts but no coordinated system. Seven states received an “unsatisfactory” rating and had no statewide efforts or coordination.

In 1994, Bess & Paradise14 published their controversial paper on the need for waiting until screening sites have coordinated management programs and follow-up services. Despite the often-heated discussion that followed its publication, the paper did much to redouble efforts in those important areas of UNHS systems. In the authors’ opinions, until all states reach the “excellent” category, coordinated management programs and follow-up services need to remain a high priority for the successful establishment of these much-needed programs. 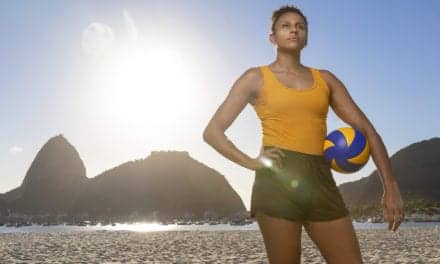