Slower Growth in First Half of ’07

Looking at the first two quarters of 2007, total hearing aid sales during the first quarter were 1.1% over 2006 sales, and the second quarter was significantly better with a 5.9% increase. Private dispensing offices saw sales increases of 0.07% and 4.5% in Quarters 1 and 2, respectively, while the VA saw sales increase by 8.8% and 15.4%, respectively. The mid-year numbers may be somewhat stunted due to last year’s strong first-half sales: private sector hearing aid sales had increased by 8.1% at the mid-point of last year (compared to 2005 sales), while VA dispensing activity had increased by 5.5%.

More interesting has been the surge in popularity of BTEs. At mid-year, BTEs constituted 50.2% of all hearing aid sales (private market: 52.0%, VA: 38.8%), driven largely by the popularity of mini-BTE open-fit and receiver-in-the-ear (RITE) technology, as well as the increased use of directional systems and perhaps other hearing aid features that could favor BTE use (see figure). Ten years ago, in 1997, BTE market penetration was only18.8% (339,000 units). HR predicts that BTE use will continue to increase, approaching 55% by year’s end. However, in the long term, they will not come close to matching the levels seen in Europe. For example, BTE market penetration is estimated at 83% in France and 89% in Germany.

Although it may seem like somewhat slow industry growth, the 3.5% overall industry growth rate is actually on the high end of predictions by HR that the 2007 market would see unit volume increases between 2% and 5%. Given the current growth rate of the market, hearing aid sales would approach 2.5 million units by the year’s end.

On the manufacturing level, HR statistics suggest that the unit gains are extremely unbalanced, favoring a limited number of large hearing instrument manufacturers. Several smaller-volume hearing aid manufacturers have witnessed significant sales declines in the past 9 to 12 months, according to these same figures. 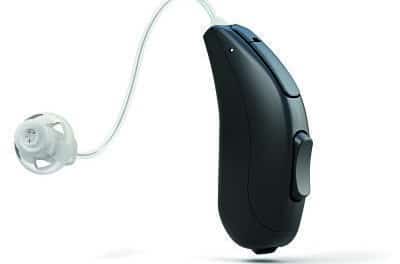 Do’s and Don’ts of Open Fittings