The Nevada-based Werner Institute of Balance and Dizziness has added the Epley Omniax system to its arsenal of diagnostic and treatment options for patients who have vertigo associated with inner ear disorders.

The Institute’s president says the facility is the first in Nevada and one of just a handful of clinics worldwide to add this "paradigm-shifting computerized technology."

"As most physicians and therapists in the dizziness field know, the current standard of care for BPPV is a manually applied Epley Maneuver on a table," says Brian Werner, PT, MPT, president and founder of the Institute. "We are learning that many cases are not as straightforward as we thought." Often patients need sophisticated monitoring and maneuvering, with several attempts to clear the vertigo leading to nausea and vomiting, he says, adding that there are several types of vestibular vertigo, not just the kind caused by particles in the semi-circular canals.

Werner says the system offers the first technology that helps to differentiate between them, as well as to diagnose and treat BPPV, the most common form. The Institute operates two facilities, one in Las Vegas and the other in Henderson.

Invented by John Epley, MD,  developer of the Epley Maneuver for treating benign paroxysmal positional vertigo (BPPV), the Omniax System is the first device to offer caregivers the ability to detect, differentiate, treat, and manage balance and dizziness disorders, Werner says. The system’s name derives from the 360° multi-axial positioning it provides.

The software-driven, patient-positioning system uses infrared video goggles to assist caregivers in analyzing abnormal eye movement patterns associated with the shifting of loose particles (calcium stones or crystals) in the
inner-ear canals—the cause of BPPV. Its multi-axial maneuvering capability allows therapists to rotate patients to virtually any position to treat the patient, including a 360° flip. Derived from Epley’s "canalith theories" for diagnosing and treating BPPV, the system is being introduced commercially in the United States.

The Werner Institute is the first non-military treatment center to install the system since the commercial debut, Werner says. Other systems in place elsewhere were part of a beta program to establish clinical trials in advance of gaining FDA clearance.

According to Vesticon, the company that developed and markets the system, some 15 million Americans suffer from dizziness/vertigo. Werner says that some 70 to 80% of his cases can be successfully treated using
conventional methodologies, including the standard Epley Maneuver. With the system, Werner estimates the vast majority of cases that were previously treated unsuccessfully can now be resolved.

Unlike many existing technologies in the vestibular field that provide only a general assessment, this system  assists in providing diagnosis and treatment, according to Vesticon. "Our system allows the physician or physical therapist to rule in and rule out the various causes of vestibular vertigo, and for those cases where the cause is loose particles in the ear canals, the system can pinpoint the specific canal or canals that are the culprit," says Cathryn Epley, president and founder of Vesticon. "Previous methodologies could only provide limited information on one, maybe two, canals and could not provide treatment."

If loose particles in the canals are the reason for the vertigo, the system’s multi-axial rotational capability, coupled with the advanced analysis software, is able to pinpoint the location of the particles and provide the information needed for the caregiver to make decisions about the best way to maneuver the particles out of the canal into an area of the ear that will not be irritated by them. The system’s software gives therapists a precise record of the positions and eye movement readings to aid in monitoring progress and overall management of the patient, and is  suited for treatment of patients who pose maneuvering challenges, such those who are frail, obese, or disabled.

Vesticon, Portland, Ore, is focused on practical solutions that narrow the gap between medical knowledge of the vestibular system and putting the knowledge into practice at the clinical level. Research for the company’s three products currently in development has been supported by the National Institutes of Health Small Business Innovation Program. The first of these products to gain FDA approval is the Epley Omniax system, invented by John Epley, who first developed the Epley Maneuver, based on his canalith and canalith repositioning theories. 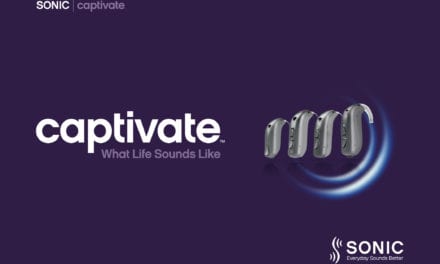