Naturally, the vast majority of children evaluated by audiologists and otolaryngologists are seen for suspected or diagnosed hearing loss and hearing-related issues. However, children with sensorineural hearing loss (SNHL) are much more likely to have vestibular disorders than age-matched normal-hearing peers. Perhaps because children are less able to describe vestibular symptoms accurately or succinctly, professionals are often not aware of vestibular and dizziness signs and symptoms in children.

Occasionally, pediatric vestibular symptoms are linked to other disorders, such as autism, motor delay, learning disabilities, and dyslexia.1 Nandi and Luxon2 reported the most common causes of vestibular dysfunction in children were migraine, otitis media, and trauma, and they noted approximately 30% to 40% of deaf people have unusual vestibular systems. Szirmai3 evaluated 145 vertiginous patients up to age 18 years and concluded almost two-thirds of them demonstrated vestibular abnormalities. The most common causes of dizziness reported by Szirmai included “extra-vestibular” disorders like panic disease and anxiety disorder. However, for the younger patients, vestibular symptoms were most often caused by migraine.

Wiener-Vacher4 reported approximately 2,000 children over age 14 years, who were referred for balance and vertigo issues. In her study, 20% of profoundly deaf children had complete bilateral vestibular loss, 40% had bilateral partial or asymmetric vestibular loss, and 40% had normal bilateral vestibular function. Wiener-Vacher determined children referred to her for evaluation of their vertigo or balance disorders had the following diagnosis (listed in order of prevalence):

1) Migrainous equivalents: 25% of the children had headaches that preceded, accompanied, or alternated with vertigo.

2) Paroxysmal benign vertigo in childhood: 20% of children (with an emphasis on ages 2 and 3 years) reported brief vertigo (less than 10 minutes) without headache.

3) Cranial trauma: 10% of children evaluated reported vertigo post-head trauma. These complaints could be indicative of temporal-bone fracture or perilymph fistula.

5) Ophthalmological disorders: About 10% of all referred children had visual problems.

6) Vestibular neuritis: Occurred in approximately 5% of the children.

7) Posterior fossa tumors: Occurred in less than 1% of all referred children.

Therefore, the analysis of vestibular and balance issues in children is very important for the parents, the child, the audiologist, and the physician.

Videonystagmography (VNG) should not be overlooked as a useful tool in the evaluation of children with vestibular pathologies. While many have been using electronystagmography (ENG) or VNG for evaluation of vestibular disorders in the pediatric population for several years, the trend is on the rise. Inattention, fearfulness, and lack of complete development of the ocular motility system in young children often creates challenges for the clinician. Nonetheless, variations on the traditional VNG test battery protocol can be adapted for use with this population.

Caloric irrigation has long been thought to be the gold standard test for evaluation of the vestibulo-ocular reflex (VOR) and lateral semicircular canal function.1 Previous “challenging experiences” with adults may make some clinicians fearful of attempting caloric testing with children. However, as with most tests designed for adults, the caloric test can be modified to create a more comfortable experience for the child.

One such modification is the monothermal warm screening test (MWST). It has been shown that the MWST offers good sensitivity and specificity (83% and 90%) with respect to the bithermal caloric test in children ages 6 to 14 years.6 Murnane et al7 noted MWSTs are significantly better than monothermal cool screenings, and MWSTs decrease test time without sacrificing sensitivity. Lightfoot et al8 reported that, when appropriate criteria are used, the MWST offers acceptable performance for routine clinical use, sparing a considerable proportion of patients from unnecessary testing with cool temperatures. The same sensitivity and specificity are not achieved with a cool monothermal test; therefore, use of a cool monothermal test is not recommended for use clinically in children.6

It is equally important to keep the child’s attention during the remainder of the ocular motility evaluation. Indeed, Cyr10 suggested using cartoon characters for calibration, as well as for smooth pursuit and saccade testing. Clearly, if professionals maintain interesting, fun, and game-based testing for children, then the tests themselves are less intimidating for the child, the child is more willing to engage in longer testing activities, and a more meaningful and thorough diagnostic evaluation can be completed.

Rotary chair testing (RCT) is a common alternative for monitoring progressive vestibular disorders in children. RCT is used to monitor vestibular system dysfunction and compensation over time. Additionally, RCT is used to evaluate and monitor bilateral vestibular weakness. In general, RCT protocols are more comfortable and more easily tolerated by children, than traditional caloric tests. Specifically, small children can usually sit on a parent’s lap during rotational testing, and the resulting nystagmus is usually less intense than that which might have been provoked via caloric testing.

When used together with VNG, RCT completes the test battery for diagnostic vestibular evaluations. The advantages of RCT include the absence of thermal energy transfer (which is of major importance with regard to bithermal caloric testing), and RCT precisely evaluates multiple frequencies based on rotational stimuli (caloric tests only evaluate very slow frequencies of approximately 0.003 Hz). Fife et al11 noted in cases of suspected and diagnosed bilateral vestibular weakness, RCT is preferred for children between ages 3 and 10 years.

As noted above, there is often a correlation between profound sensorineural hearing loss in children and vestibular disorders. Therefore, when children are identified with significant and/or unusual hearing loss, it is reasonable to also screen these same children for vestibular irregularities and abnormalities, as early identification and rehabilitation of vestibular problems accelerate compensatory processes.

Weakness and irregularities within the vestibular ocular reflex (VOR) and the vestibular spinal reflex (VSR) systems can contribute to balance coordination delays in children. With regard to efficiently and accurately tasking and evaluating the VSR and VOR systems, Suarez et al12 reported their findings with Interacoustic’s Balance Rehabilitation Unit (BRU)™. Specifically, Suarez et al noted children with significant hearing loss and vestibular anomalies appear to depend more on the integration of visual and somatosensory inputs to maintain balance than do peers with normal hearing and normal vestibular systems. Interestingly, when visual stimuli are removed, these same children often demonstrate abnormal center of pressure (COP) and abnormal sway velocity (SV) findings, suggesting a sensory substitution process whereby their visual and somatosensory information supplant abnormal vestibular input to establish and maintain postural control.

After balance coordination delays have been documented in children, the BRU™ virtual reality presentations delivered via virtual reality stimuli goggles can be used to simulate provocative and challenging simulations to support and facilitate compensatory processes via training, adaptation, and neuroplasticity (Figure 2). Additionally, the BRU™ offers Motor Control Retraining (MCR) for children (Figure 3). MCR is essentially “non-intimidating” and has been carefully designed to be child-friendly and more like “playing games,” rather than “doing vestibular rehabilitation.”

Correspondence can be addressed to HR or Douglas L. Beck, AuD, at . 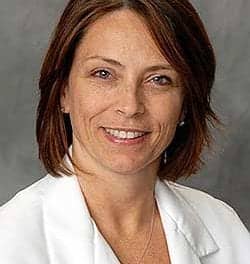