The Alexander Graham Bell Association for the Deaf and Hard of Hearing (AG Bell)—an organization that helps families, health care providers, and education professionals understand childhood hearing loss—announced that Justin Osmond will speak at the 2018 AG Bell Convention in Scottsdale, Ariz. The AG Bell Convention is said to be “the largest international event” for audiologists and speech-language pathologists as well as for families, children, and adults with hearing loss. Thought leaders and other members of the hearing loss community will also share their stories on their journeys with hearing loss. 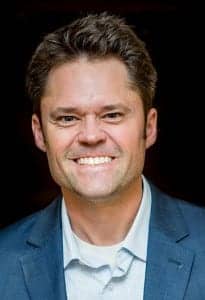 Justin is the youngest son of Merrill Osmond, lead singer of the famous Osmond family band. He was diagnosed at the age of 2 with a 90% hearing loss, but after 12 years of intense speech and listening therapy, he can now speak with the assistance of amplification technology. Despite his profound hearing loss, Justin learned to play several musical instruments (eg., violin, viola, piano, and drums); achieved several athletic titles in soccer, football, baseball, and track; earned sterling scholarships in music and academics, and received his master’s degree in business administration. Today, Justin tours the world with his seminar, “Embracing Our Limitations,” a 15-minute talk illustrating his personal struggles with severe-to-profound hearing loss in a famous musical family.

“Each day, AG Bell works to educate, empower, and connect individuals who are deaf or hard-of-hearing to qualified hearing health professionals and a warm network of families, children, and adults with hearing loss,” said Osmond. “Their events are excellent examples of AG Bell’s efforts in action, and I am excited to be part of the 2018 AG Bell Convention. As an adult with hearing loss, I am happy to have this opportunity to help spread awareness about the potentials of individuals with hearing loss and instill hope in children who are deaf and hard-of-hearing that they can achieve their dreams.”

In the June issue of Hearing Review, Inside the Research columnist Doug Beck interviewed Justin about his hearing loss, his TED Talk, and his work in advocating for hearing healthcare. To read the article online, click here.

AG Bell will also host other guests with hearing loss who are achieving their dreams and career goals.

Elena LaQuatra, who lost her hearing after getting bacterial meningitis at age 4, now wears cochlear implants. LaQuatra spent her teenage years winning pageant titles such as Miss Pennsylvania’s Outstanding Teen in 2007, Miss Pennsylvania Teen in 2010, and Miss Pennsylvania USA in 2016. Now, she is a digital video creator for Pittsburgh online lifestyle and entertainment channel “4the412” for WTAE-TV. She hopes to be the first anchor with hearing loss.

Megan Swanson has had profound bilateral sensorineural hearing loss since birth and is an alumna of AG Bell’s 2008 Leadership Opportunities for Teens (LOFT) program. She graduated with a BA in digital cinema production from DePaul University and focused her efforts in the media industry, working for the Walt Disney Company in Orlando and Scorpion Internet Marketing in Los Angeles. In the spring of 2017, she won the title California Miss Amazing Miss 2017 and then was crowned National Miss Amazing Miss 2017. Since then, she has been interviewed for numerous publications as well as appeared on the Netflix show Nailed It (Season One, Episode Four—“Weird Science”). 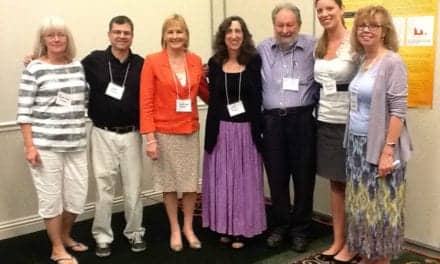