USPSTF statement on newborn hearing screening challenged
Washington, DC — The U.S. Preventive Services Task Force (USPSTF) announced that the available scientific evidence is insufficient to recommend for or against routine screening of newborns for hearing loss. The USPSTF, a panel of independent, private-sector experts in prevention and primary care, reached its conclusion based on a report by the Evidence-based Practice Center (EPC) at Oregon Health and Science University, which is supported by the Agency for Healthcare Research and Quality (AHRQ), an agency within the Department of Health and Human Services (HHS).

The USPSTF review reports that it examined two key issues: 1) the effectiveness and success of existing universal screening programs, and 2) the evidence that children who are detected and treated earlier have better speech and language outcomes. The task force says that it found good evidence that universal screening leads to earlier identification and treatment of infants with hearing loss. However, it found that the evidence to determine whether earlier treatment resulting from screening leads to long-term improvements in language skills was not conclusive.

The task force reports that its process requires good evidence that a service produces significant improvements and important clinical outcomes, and that these benefits outweigh any harms, before recommending it for routine use. It defined routine screening to include universal screening and screening of high-risk infants. The USPSTF noted that, while early identification and intervention might be of value to some parents, these benefits need to be weighed against the frequent false-positive results that arise from universal screening.

“The USPSTF has identified important gaps in the knowledge of the impact of screening and how we can help children with hearing loss improve their language skills,” says Lisa A. Simpson, MB, AHRQ deputy director. “AHRQ is committed to working with the child health research community to fill these knowledge gaps and those in other critically important children’s health care issues.”

The report on newborn hearing screening is the fifth recommendation released by the USPSTF. Working with the Oregon Health and Science University EPC, the Task Force conducts assessments of scientific evidence for a broad range of preventive services. It grades the strength of evidence from “A” (strongly recommends) to “D” (recommends against). For routine newborn hearing screening, the USPSTF issued an “I” recommendation. An “I” recommendation, in which the USPSTF finds insufficient evidence to recommend for or against a particular intervention, means that the evidence that the service is effective is lacking, of poor quality, or conflicting, and the balance of harms and benefits cannot be determined.

Specific to newborn hearing screening, the USPSTF found that research indicates that universal newborn hearing screening leads to earlier detection and to earlier treatment of hearing loss. On average, hearing loss is detected and treated 6-9 months earlier. However, studies reviewing the association between early intervention and better language at 2-4 years had serious methodological limitations, says USPSTF.

Criticism from AAA & ASHA: The American Academy of Audiology (AAA) and the American Speech Language Hearing Assn. (ASHA) released statements voicing concerns about the study. According to AAA, the study “raises important issues regarding identification and treatment of hearing loss in infants, [but] some of the recommendations may be confusing or misinterpreted by consumers if taken out of context.” The USPSTF reported good evidence that universal screening leads to earlier identification and treatment of infants with hearing loss. But, the Task Force added, the evidence gathered to date is inconclusive as to whether this earlier identification and subsequent treatment leads to long-term improvements in speech and language skills. AAA says that “what is needed is additional research and funding for hearing aids so that all infants identified with sensorineural hearing loss may be fit with hearing aids and/or cochlear implants with minimal delays.” Additionally, the organization rejected the Task Force’s concern over large numbers of false positive results, characterizing as “misleading” its statement that “as many as 7 percent of infants diagnosed as having permanent hearing loss may eventually prove to have normal hearing.” According to AAA, “infants are not ‘diagnosed’ with permanent hearing loss until the audiologist conducts a complete audiologic evaluation subsequent to the failure of the initial screening.”

“Although we agree with USPSTF’s statements regarding the need for further research,” says AAA President David Fabry, “we also think it is important to build on the progress made to ensure that all babies born with hearing loss are fit with hearing aids as early as possible to minimize speech and language delays.”

ASHA says that the Task Force failed to consider earlier recommendations by several federal agencies and professional organizations on newborn hearing screening, in addition to overlooking important non-medical and educational research. In particular, it took issue with the USPSTF’s statements that all previous newborn hearing screening research conducted has “significant methodological flaws” and that there is an absence of “prospective controlled studies that directly examine whether newborn hearing screening and earlier intervention result in improved speech, language, or educational development.” ASHA says studies such as randomized, controlled trials would not be feasible due to ethical considerations. The organization also believes that, due to the relatively short time in which many UNHS programs have been in place, there has not yet been sufficient time to conduct these types of in-depth, prospective studies.

“It shouldn’t come as a surprise that the same task force which, until recently, was reluctant to recommend mammography screenings for women should approach newborn hearing screening in so conservative a manner,” says ASHA President John E. Bernthal, PhD. “The level of evidence that USPSTF is seeking is stringent, and leads one to question whether randomized studies on American children with hearing loss is ethically appropriate.”

Both AAA and ASHA continue to support the Joint Committee on Infant Hearing (JCIH) in its recommendations on newborn hearing screening and early hearing loss intervention.

However, considering the current congressional focus following the September 11th attacks, it appears that the chances of HR 2934 passing are slim, at best. However, Congressman Foley has reportedly expressed interest in pursuing the issue in the future.

Rush Limbaugh diagnosed with autoimmune hearing disorder
Los Angeles — Conservative talk-show host Rush Limbaugh announced that he has lost all hearing in his left ear and 80 percent of the hearing in his right ear. He has since been diagnosed with autoimmune inner ear disease (AIED), and is receiving treatment from the House Ear Institute and a team of doctors in Los Angeles.

As its name suggests, AIED is an autoimmune disorder in which the body’s antibodies attack the inner ear, and the symptoms include the sudden onset of hearing loss (for a review of current AIED research being conducted at the Mayo Clinic, see the September 2001 HR, p. 26). Limbaugh reported that his hearing had steadily deteriorated since May when he discovered that he couldn’t hear anything in his left ear. He says he can recognize sound, but has a hard time identifying it in his right ear. Limbaugh is using hearing aids to supplement his residual hearing.

Autoimmune disorders, of which there are about 80 different varieties, are generally difficult to diagnose and treat. Typically, people presenting with AIED are treated with corticosteroids like prednisone, which sometimes slows or stops the progression of hearing loss, and even allows the patient to regain some hearing. However, prednisone is a strong steroid that can cause other types of serious health problems, including kidney damage. More recently, physicians have been using drugs like methotrexate and/or Enbrel with the aim of providing a longer, safer treatment course for those patients, like Limbaugh, whose hearing responds favorably to prednisone. Doctors have been administering a “cocktail” of these drugs to Limbaugh.

Although hearing tests showed no improvement in his condition, he has reported what appear to be hopeful signs, including being able to conduct one-on-one conversations, which were impossible for him previously.

Limbaugh has stated he will not be an advocate for hearing health care. “I do not intend to become a symbol,” he told the Associated Press (Oct. 25). “I will not be doing public service announcements for the deaf or disabled.” In July, Limbaugh signed a record eight-year, $285 million contract with Premiere Radio Networks.

Tributaries to the River of Audiology 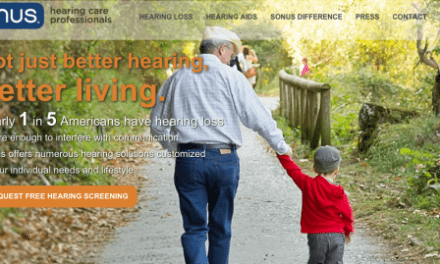