Deaf children who receive cochlear implants seem to be more likely to fail early grades in school, but they ultimately attain educational and employment levels on a part with their normal-hearing peers, says a report in the April issue of Archives of Otolaryngology-Head & Neck Surgery.

Frederic Venail, MD, PhD, Centre Hospitalier Universitaire Gui de Chauliac, France, and colleagues interviewed the parents of 100 children who were deaf before they began to speak, received cochlear implants before age 6, and had at least four years of follow-up. Of the 74 patients without additional disabilities, 24 were age 8 to 11, 24 were age 12 to 15, 18 were age 16 to 18, and eight were older than 18.

The report notes that most children who did not have additional disabilities received mainstream schooling (67% to 83%, depending on the age group). Some 19 or 26% experienced delays in acquiring reading and writing skills, 53% experienced grade failures and, compared with the age-matched general French population, they experienced a mild delay in educational placement.

In the group of eight participants older than 18, five had a high school diploma, three had pursued vocational training, four had a university-level education, and one was employed with a master’s degree.

Among the participants with other disabilities, level of academic achievement and employment status varied. 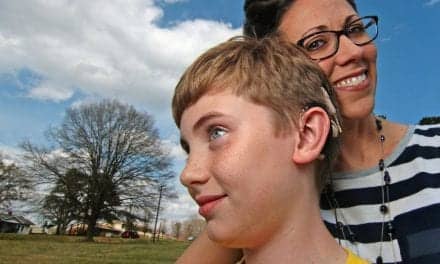 A Wider Range Of Sounds For The Deaf