Cochlear Implants and Education of the Deaf Child

Data from a recent NIH-funded study led by researchers at Central Institute for the Deaf indicate that higher expectations are appropriate for children with cochlear implants than were previously realistic for profoundly deaf children who wore hearing aids. Study results point to the importance of an up-to-date speech processor with a well-fitted map, exceptional audiological care, and an emphasis on auditory and spoken language skills. These findings represent the most compelling support to-date for an oral emphasis educational environment after cochlear implantation.

The advent of cochlear implants has had a dramatic effect on the achievements of young profoundly deaf children. Spoken language competence is now available to many children who previously depended primarily on sign language for communication. Deaf children who receive an implant early in life, followed by a period of appropriate rehabilitation, may achieve speech intelligibility and conversational fluency that exceeds levels observed in profoundly deaf children with hearing aids.

Parents and hearing care professionals are now asking questions about how to maximize the speech, language, and academic achievements of children with cochlear implants and what level of performance can be expected from children after several years of using this beneficial new technology. A 5-year study designed to address these questions was led by the Central Institute for the Deaf (CID) and funded by the US National Institutes of Health (NIH). Complete results of this investigation are reported in a monograph supplement of Ear and Hearing (February 2003) and are summarized here.

Design of the Study
This study was designed to document the effects of various education and rehabilitation models on the deaf child’s ability to understand, produce, and read English while using a cochlear implant. The study controlled for the effects of child, family, and implant characteristics. The children included in the study were 8 or 9 years old, deaf before age 3, implanted by age 5, and had used an implant for 4-7 years. Children who met these criteria, exhibited no additional handicaps, and came from an English-speaking home environment were recruited through cooperating implant centers across North America. A total of 181 families from 33 states and 5 Canadian provinces participated (Figure 1). These children do not represent any single program or method, but rather come from the range of educational settings available in North America.

Testing of children occurred at research camps, three of which were held in St. Louis each summer between 1997 and 2000. Fifteen children were invited to attend each camp along with one of their parents. All expenses were paid including transportation, hotel accommodations, and daily entertainment activities. Testing took place 2 hours each day for 3 days. Children were tested individually in their hotel rooms, which were converted to testing suites each morning. Their parents attended educational seminars during this time and completed questionnaires providing background information for each child. In the afternoon, families participated in recreational activities in and around the city of St. Louis.

• Child and Family Characteristics1: Child variables included the child’s age, gender, age at onset of deafness, age at implant, and nonverbal IQ. Family variables included number of family members and socio-economic status (ie, parents’ education and income). The sample was equally divided between 8 and 9 year olds and between boys and girls. All of the children were prelingually deaf, with the majority (N=140) either known or presumed to be deaf from birth. Most of the children were implanted between 2 and 4 years of age, although 3 children received an implant before their second birthday and 9 shortly after their fifth birthday. All but nine of the children obtained a Performance IQ on the Wechsler Intelligence Scale for Children2 within or above the average range for their age. The parents tended to have normal hearing, be of majority (white) ethnicity, and have more education and higher incomes than the general population. The typical family represented in this group was comprised of a mother, a father, and two children.

• Implant Characteristics3: Implant variables included duration of implant use, type of speech processor, number of active electrodes, dynamic range averaged across the electrode array, and average growth of loudness. Children in the sample had received their cochlear implants between 1990 and 1996. For most of that time, the only multichannel device commercially available for children was the Nucleus 22-channel cochlear implant from Cochlear Corporation. Children had used a cochlear implant for an average of 5 years 6 months at the time of testing. One hundred twenty four (124) of the children initially received the MSP processor with an M-PEAK coding strategy, and 55 received the newer SPECTRA processor with the SPEAK coding strategy. All but 20 of the MSP users had upgraded to SPECTRA by the time of the study. Two of the children used a Clarion multichannel cochlear implant with the CIS processing strategy.

• Educational Characteristics1: Both parents and clinicians completed questionnaires describing the child’s intervention, including number of hours per week of therapy, clinicians’ experience with either deaf children or cochlear implants, parents’ participation in therapy, type of educational setting, and classroom communication mode.

Educational variables were rated at 5 points in time: pre-implant, the first three years post-implant, and the year just completed before attending camp. The percentage of children enrolled in full-time special education classes decreased from about 60% before receiving an implant to about 20% at the time of the study. During the year just preceding the camp, over half of the children were fully mainstreamed.

Classroom communication mode was assessed with a rating scale that was designed to reflect the amount of emphasis on speech and auditory skill development (Figure 2). Ratings 1 to 3 described the amount of speech emphasis received in a total communication (TC) setting. In “mostly sign” TC programs, sign-only was used for communication during portions of each day. In “speech and sign” TC programs, speech almost always occurred simultaneously with each signed word, and sign-only or speech-only were rarely used. In “speech emphasis” TC programs, speech-only was used for communication during some of each day. Ratings 4-6 described the amount of auditory emphasis received in oral communication programs. In “cued speech” programs, a system of manual cues was used to complement lipreading. In “auditory-oral” programs, the child was encouraged throughout the day to both lipread and listen to the talker. In “auditory-verbal” programs, the child was taught to rely on listening alone to understand speech.

A rank between 1 and 6 was assigned to each instructional mode for each year. The mode score was averaged over 5 rating periods between pre-implant and the year just completed. Since a number of the children changed placement over time, this average score reflects the cumulative emphasis on speech and auditory skill development. The distribution of average communication mode scores for the entire sample is summarized in Figure 3.

Outcome Measures
The outcome measures consist of batteries of tests of speech perception (recognition of phonemes, words, and sentences4), speech production (intelligibility of phonemes, words, and sentences5), language (comprehension and production of syntax, verbal reasoning, morpheme use and lexical diversity4) and reading (word attack, word recognition, and comprehension6). In addition, specialized skills, including conversational fluency7 and working memory,8 were evaluated. These scores were obtained in the 6 hours of individual testing conducted at each summer research camp and by parent rating scales of speech and auditory skill development.

Table 1. Percentage of the total sample of 181 children achieving high performance levels in each outcome area.

Results
The proportion of children with exceptionally good performance on selected outcome measures is summarized in Table 1. Over 60% achieved greater than 50% open-set speech perception scores on the Lexical Neighborhood Test.9 Almost half (47%) of the children produced speech that was understood by naive listeners (ie, no prior experience with deaf speech) with 80% accuracy or better. Thirty percent of the children scored as well as hearing 8-9 year olds on the Test for Auditory Comprehension of Language.10 Almost half (47%) of them produced syntax that was comparable to that of hearing 8-9 year olds as measured by the Index of Productive Syntax.11 Over half (52%) scored within the average range for their age on the reading subtests of the Peabody Individual Achievement Test.12

These levels of achievement are extraordinary for profoundly deaf students and indicate that, with cochlear implantation, higher expectations are appropriate in all areas of verbal development. The purpose of this study is to identify factors associated with these high levels of performance.

In general, children whose educational programs emphasized speech and auditory skill development exhibited higher performance than children whose programs placed a greater emphasis on sign. Figure 4 shows individual scores on the Lexical Neighborhood speech perception test ordered from lowest to highest score. Children with mode average scores below 4.0 (TC emphasis) are indicated by blue bars and those with scores greater than 4.0 (Oral emphasis) are indicated by pink bars. Although there is considerable overlap in the two groups, the average score of the oral group was significantly higher than that of the TC group.

Figure 5 shows a similar type of graph for McGarr sentence intelligibility scores—again reflecting greater intelligibility for children from oral programs. In order to more carefully examine the effects of communication mode on outcome, a series of analyses were conducted to control for the effects of child, family, and implant characteristics before comparing the different communication mode groups.

First it was necessary to reduce the number of outcome variables to a more manageable set. Relatively high correlations among outcomes (0.60-0.91) suggested that there was a large amount of overlap in the skills assessed. Children who achieved better speech perception with the implant also exhibited the most intelligible speech and better language and reading skills. Principal components analysis was used to reduce the large number of outcome measures to a single outcome factor score. Once this was achieved, multiple regression analysis was used to examine the effects of child and family characteristics on the outcome factor scores. Together, these characteristics accounted for 26% of the outcome level achieved. Higher IQ, smaller family size, higher socio-economic status, and female gender were all significantly associated with better outcomes.

After variance due to these factors was removed, an additional 16% of variance was accounted for by characteristics of the implant, including longer use of the updated SPECTRA speech processor, a greater number of active electrodes in the map, larger dynamic range, and greater growth of loudness. Finally, the amount of remaining variance accounted for by the educational variables was examined—a total of 10%. Children who spent more time in mainstream classrooms had a slight advantage. Children enrolled in classrooms with an oral emphasis maintained a highly significant advantage, even after all other factors that were believed to affect performance outcome had been removed. Performance levels achieved after implantation were so highly related to classroom communication mode that no additional influence on performance was explained by whether the children were enrolled in a public or a private school; whether they participated in individual therapy sessions or relied only on their classroom experience; whether their therapist had extensive or relatively little prior experience with deaf children; or whether their parents worked with them daily or less often.

Conclusions
Data from this study indicate that higher expectations are appropriate for children with cochlear implants than were previously realistic for profoundly deaf children who wore hearing aids. Many more children with profound deafness can achieve speech, language, and reading skills commensurate with those of their hearing age-mates than ever before.

After we account for the influence of characteristics the child brings to the learning environment (eg, intelligence, gender, family characteristics), better speech and language outcomes are associated with audiological management, including longer use of an up-to-date speech processor with a well-fitted map. Once a child receives the best audiological care, attention to the educational setting can further maximize speech and language outcomes. Educational management that provides a consistent emphasis on speech, auditory and spoken language skills has a positive impact on performance achieved after cochlear implantation. These findings represent the most compelling support to-date for an oral emphasis educational environment after cochlear implantation. 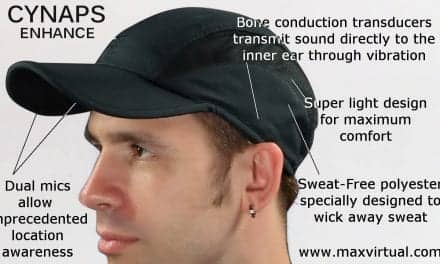 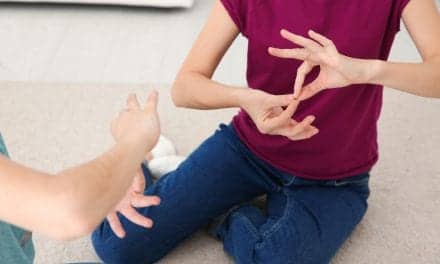 Brain’s Hearing Center May Reorganize After Implantation of Cochlear Device