While less than 1% of CI512 implants have failed since the C1512 launch in 2009, Cochlear has identified a recent increase in the number of Nucleus CI512 implant failures, the company stated in its announcement.

Advance Bionics (AB), a division of the Sonova Group and another maker of cochlear implants, announced a recall late last year of its HiRes 90K cochlear implant.  Coincidentally, AB received approval by the FDA for re-entry in the American market this week on September 13, 2011.

In its recall statement, Cochlear said, “In an abundance of caution and with our recipients in mind, Cochlear has issued a voluntary recall of the Nucleus CI500 range of cochlear implants while it further investigates the issue.”

No implants outside the Cochlear Nucleus CI500 range are affected by this voluntary recall. The Nucleus 5 external devices (Nucleus CP810 Sound Processor) and any previous generation sound processors are also not affected by the recall.

Cochlear emphasized that all existing Nucleus CI512 implant recipients can continue to use their system as normal. If a Nucleus CI512 failure occurs, the implant safely shuts down.

In the event of a failure, recipients can be re-implanted with the Nucleus Freedom implant range, which remains available and fully compatible with the Nucleus 5 Sound Processor System, which is not affected by this recall. 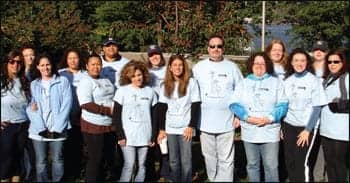