The MED-EL Corp, Durham, NC, has introduced a Spanish version of its LittlEars Auditory Questionnaire at the CI2009 12th Symposium on Cochlear Implants in Children in Seattle.  The tool was adapted for use in the United States and Latin America.

The resource is for rehabilitation specialists and families of Spanish-speaking children with profound hearing loss, the company says.

The LittlEARS Auditory Questionnaire is a parent questionnaire that evaluates auditory behaviors that are observable as a reaction to acoustic stimuli, according to the company. The tool is designed to assess preverbal auditory development in very young children, and is intended to follow the auditory development of children after newborn hearing screening from birth to 24 months of age; or hearing-impaired children with cochlear implants; or hearing aids with a hearing age (time after first fitting) of 0 to 24 months.

The questionnaire consists of 35 questions, which can be completed by the parents in about 10 minutes, the company says.

The development of a test for parents of Latin American background is of particular interest in urban areas and states such as New York, Texas, Florida, and California, according to the company. Jaclyn B. Spitzer, PhD, and Jorge S. Zavala, AuD, from Columbia University, and the company jointly instituted a descriptive study to translate and collect normative data in Latin American Spanish with the US English version of the LittlEARS® Auditory Questionnaire, the company says. Spitzer and Zavala translated the questionnaire into Spanish.

Fifty parents of children younger than 2 years of age participated in the normative data study, according to the company. They were Spanish monolingual, or Spanish-fluency bilingual.  National origin of the participants included: 30 (60%) from the Dominican Republic; 11 (22%) from Mexico; three (6%) from Ecuador; one (2%) from Honduras; and, four (8%) United States.  Twenty-two (44%) of the parents identified themselves as bilingual.

In the United States, clinicians in many areas may find the Spanish translation of the questionnaire to be helpful as they work with families who are not native English speakers—a growing population in the United States, according to the company. Parents will be able to assess the preverbal auditory development of their very young child pre- and post-cochlear implantation and compare the results with the same development in young children with normal hearing, the company says. The measure will support a more fair assessment of a child’s progress with developing audition than ever before, according to the company.

BRIDGE to Better Communication is a support program that MED-EL has developed in cooperation with experts worldwide, designed for hearing-loss professionals, schools, cochlear implant users, and parents to help close the gap between implantation and the development of improved listening skills and spoken communication, according to the company. It consists of a variety of products, resources, and materials for adult and pediatric habilitation, assessment, and device management. 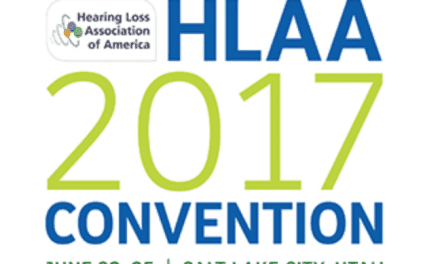 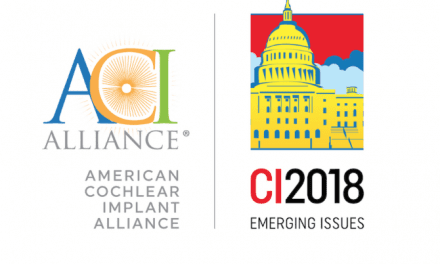