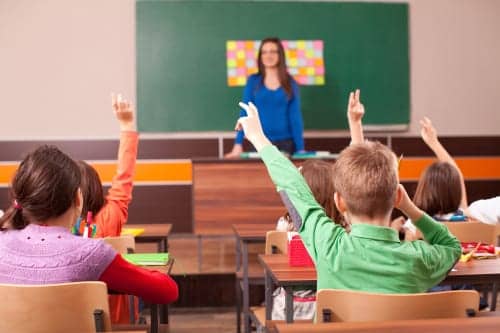 As summer draws to a close, many schools are completing renovations and classroom additions. According to information from Listen Technologies and OWI, many schools are unaware of the Americans with Disabilities Act (ADA) requirements that relate to hearing impaired students. The ADA mandates that schools install assistive listening devices in every newly constructed or altered classroom or assembly area.

According to the ADA, which was updated in 2010 and went into full effect in March 2012, no fewer than two hearing-aid compatible receivers are required in all newly constructed or altered spaces. The number of devices required increases based on the seating capacity. The Act stipulates that for new construction, each assembly area where audible communications are integral to the use of the space, an assistive listening system must be installed. Assistive listening systems transmit and amplify sound to help those with hearing loss. This requirement applies to K-12 classrooms, as well as to larger areas such as school auditoriums, gymnasiums, and cafeterias.

According to Marc D’Agostino, a national AV, technology, and security consultant with D’Agostino & Associates, the hardware available to install assistive listening systems is not specifically designed to integrate with the type of technology required by the ADA, so installations can be unwieldy and overly complex. D’Agostino notes that the majority of the projects his company undertakes are for classrooms and larger assembly areas in K-12 schools.

“For schools, the goal is to incorporate technology that meets the ADA requirements while minimizing the hardware, space, and installation requirements and staying within the budget,” says D’Agostino.

Although his company has no exclusive agreement with any specific manufacturer, D’Agostino often uses a bundled speaker/assistive listening system from OWI Incorporated. The bundled product is the result of a partnership between OWI and Listen Technologies that aims to simplify these types of installations, says D’Agostino. OWI, a manufacturer of advanced audio equipment, offers ceiling and wall-mounted speakers for schools that can be used in conjunction with assistive listening systems.

The speakers have their own built-in amplifier, so no external amplifier is required. Also, the units are designed to provide the necessary power to the assisted listening system through the connection, eliminating the need for an additional power source. The ceiling speaker, the AMP-ER2S6, is also Energy Star compliant.

According to OWI, its speakers have the built-in line out required to interface with an assistive listening system using a simple, three-wire connection. The hardware includes the OWI-KSTM-LT-84 transmitter-radiator from Listen Technologies, as well as the required receivers.

The OWI receivers are designed to interface with the telecoil built into the majority of hearing aids and cochlear implants. The receivers are small devices (about the size of key fob for a car) and come with an integrated neck loop/lanyard that transmits wirelessly to the telecoil.

The bundled package from OWI has the option to specify infrared (IR). Most schools opt for RF (radio frequency) for wireless because it costs less and is more readily available. However, RF covers wide areas and this can cause signal interference with nearby classrooms. IR-based systems, on the other hand, transmit signals through direct line-of-sight only. This means that IR signals in one classroom will not interfere with the signal next door even if they are the same frequency.

D’Agostino adds that school security is top of mind these days, and schools may appreciate the fact that the speaker can serve double-duty and eliminate the need for a separate, dedicated PA speaker.

Regardless of the technology or systems installed, there are many incentives for schools to stay current with the ADA requirements for hard-of-hearing people in its classrooms and larger assembly areas. Listen Technologies notes that schools that fail to comply may receive complaints, which can now be filed online with the Department of Justice. Schools may incur the costs necessary to rectify the problem in addition to paying fines from $55,000 to $150,000.

For more information about the OWI assistive listening systems, visit the OWI website. Additional information on ADA compliance may be found on the Listen Technologies website.

Statistics on hearing loss in children:

The Road to Mapping Cochlear Implants: One Audiologist’s Journey