Sensaphonics, a maker of in-ear monitoring systems, announced that it scored a 29 dB Noise Reduction Rating (NRR) for its soft silicone custom earpieces, reportedly “the highest ever earned by a custom in-ear monitor,” according to the company. This scientific measure of broadband isolation was the result of independent testing by Michael & Associates (State College, Penn), and applies to all Sensaphonics custom IEMs: 3D AARO, 3MAX, 2MAX, 2X-S, and the new D2.

“Our custom products solve real-world problems for musicians and sound engineers, and this 29 dB NRR is proof,” said Sensaphonics President Dr Michael Santucci. “That means maximum isolation, which promotes safer monitor levels. But beyond that, soft silicone is far more comfortable and retains its seals for full bass response, allowing performers to focus on their music, not their equipment. So Sensaphonics promotes both hearing health and better performances.”

Noise Reduction Rating is used to determine a product’s effectiveness as a hearing protection device. The new NRR of 29 dB reflects the protection from ambient noise of Sensaphonics’ soft silicone earpieces, and, according to the company, is actually a conservative estimate of their broadband isolation. NRR is typically used to evaluate industrial hearing protection (earplugs and earmuffs), but is a useful tool to show the broadband attenuation of in-ear monitors as well.

Michael & Associates is reportedly a fully accredited independent test lab. They tested attenuation on 10 test subjects across nine frequencies, per ANSI standards (S3.19-1974). Actual attenuation averages were even higher, ranging from a low of 32.6 dB at 250 Hz to a high of 47.6 dB at 6300 Hz across three separate tests per subject.

“Sensaphonics is dedicated to hearing wellness through superior product design,” notes Santucci, who also works with the World Health Organization (WHO) to promote safe listening globally.

“This new NRR rating proves that for maximum isolation, Sensaphonics is the best choice. To hear natural stage ambience without yanking one earpiece out, our 3D AARO is your only choice. To avoid the distraction of losing your seal with hard plastic earpieces, our soft silicone is the best solution, and far more comfortable, to boot. Basically, if you care about your hearing, Sensaphonics is, by far, the best choice in custom in-ear monitors.” 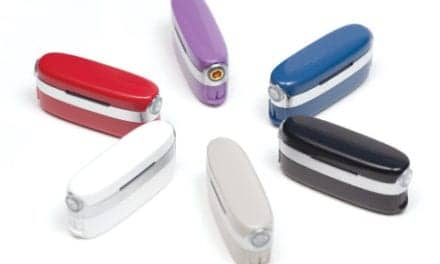 AB’s Neptune Sound Processor Now Warrantied for Use in Oceans, Lakes, and Rivers

The Case Against a Trial Period

Earlens Partners with Verily on Capabilities for Contact Hearing Solution