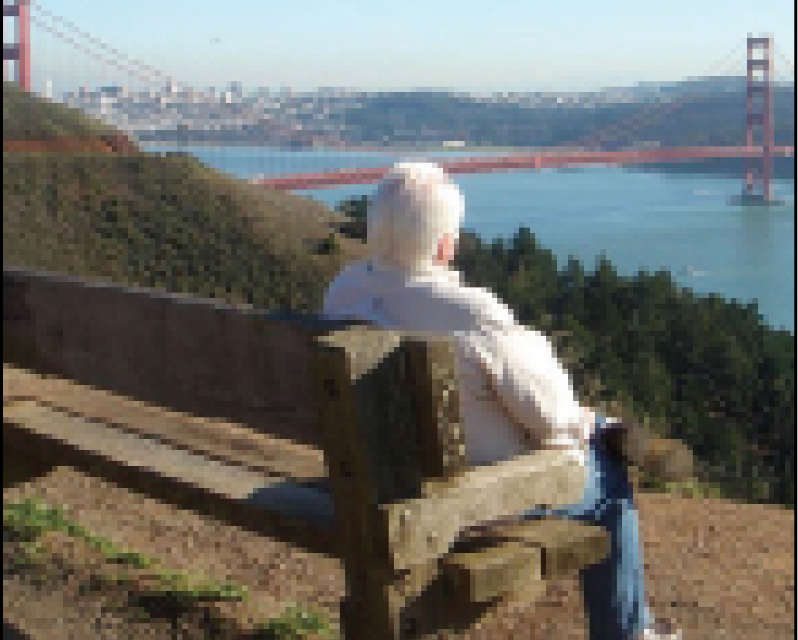 Inside the Research | August 2017 Hearing Review

The areas of speech mapping, probe-microphone measurements, and the verification of prescriptive targets continue to be important topics in hearing aid dispensing and hearing healthcare. There are few better experts to talk with about this subject (and many others) than Gus Mueller, PhD, who has recently published a new book, Speech Mapping and Probe Microphone Measurements, with co-authors Todd Ricketts, PhD, and Ruth Bentler, PhD (Plural Publishing, 2017).1

Dr Mueller is a Professor of Audiology at Vanderbilt University and, as he describes it, also has “a private consulting practice nestled between the tundra and reality on an island west of Bismarck, ND.” Gus Mueller, PhD, thinking about how the construction of the Golden Gate Bridge was similar to today’s real-ear verification of hearing aid performance.

Beck: Hi Gus. Always a joy to speak with you. I really enjoyed the new book, and I congratulate you, Todd, and Ruth on another journey into excellence. I’m pretty sure I have another probe-mic book of yours on my shelf from many years ago.

Mueller: Thanks Doug. You’re no doubt referring to the book I did with David Hawkins and Jerry Northern back in 1992—25 years ago.2 I’ve heard this called the “pink book,” although I was in charge of picking out the color, and I can assure you it was metallic dusty rose, not pink!

We had some serious competition when we released it, as Madonna released her book the very same month! Nonetheless, that first book enjoyed a good life, but a lot has changed since then, and the time for a new probe-mic book seemed right. As you know, Todd, Ruth, and I have been working on the three-volume Modern Hearing Aid series (Plural Publishing) for the past four years, so a spin-off book devoted to probe-mic measures was a natural.

Beck: You mention that a lot has changed, but one thing that (sadly) hasn’t really changed since 1992 is the low percentage of hearing care professionals who conduct real-ear verification. I know we’ve struggled to determine the percentage of hearing care professionals (HCPs) who do this testing, and I sometimes doubt the surveys. To me, it’s a lot like your doctor asking how many glasses of wine do you consume daily? If someone says “two” that may mean “four.” So, my thought is, when we survey HCPs and ask how many of us are doing things correctly and in accordance with best practices, 40% may raise their hands, but to me that might mean 20%. To bolster my belief, I recall you and Erin Picou3 reported that by using a few trick questions, you found that 25% of respondents said they performed specific probe-microphone tests which didn’t even exist. Your thoughts?

Mueller: We certainly address this issue in the book. And you’re right, people do tend to fudge on a survey when the right answer is obvious. And, another issue is that it’s not just the act of doing probe-mic measures, it’s doing them as part of a systematic verification process. Probe-mic measures, in and of themselves, are not a way to fit hearing aids.

Beck: What do you mean by that?

Mueller: Here’s a little analogy. For five years I lived on the grounds of the Presidio of San Francisco Army Base. Every morning when I walked to work (two blocks downhill!), I had a view of the Golden Gate Bridge—probably the most photographed bridge in the world. The reason it is beautiful is that the architects drew up a great blueprint, and the reason it has withstood the test of time is the use of the right concrete, steel, and cables. But one more thing—along the way, I’m betting someone used a tape measure to ensure that the blueprint was being followed. If not for that tape measure, the bridge wouldn’t be standing today.

Beck: I get it. The steel and concrete is our hearing aid technology, which only stays standing (and provides benefit) if we have the right blueprint, which is our validated prescriptive methods.

Mueller: Exactly…and, of course, probe-mic verification is our tape measure—we use it to verify our blueprint. This is not Rocket Science, or even “Rocket Surgery”! We are in an evidence-based profession. There is considerable evidence to show that our patients have the best chance for optimal performance when we fit them with a validated prescriptive method (eg, NAL-NL2 or DSL 5.0). The only way to know if we have the desired output is to measure it in ear canal SPL. To do otherwise is a disservice to our patients and our profession.

Beck: I think many audiologists and dispensers believe that if they select the NAL or DSL as the fitting method in the software, then they will have the correct prescription in the real ear. Do you buy that?

Mueller: In a single word…No. I suspect these people have been fooled by the cartoon on the fitting screen, which, of course, is always lined up with targets. Now, things very well could be better for the DSL, but regarding the NAL-NL2, what you see on the screen is not what you get in the ear canal. Our latest research4 published in The Hearing Review revealed that for premier hearing aids from the five leading manufacturers, when NAL-NL2 was selected in the fitting software, and there was a perfect match to target on the fitting screen, real-ear output was commonly 10 dB or more below target in the higher frequencies (eg, 3000-4000 Hz). Individual data for the 80 fittings (16 ears x 5 products) for the 55 dB SPL input (slightly below average speech) revealed that, in 59 of the 80 cases (74%), the measured output varied from the NAL-NL2 target by 10 dB or more for at least one frequency (250-4000 Hz).

Beck: OK, so that’s a very significant problem. What about the manufacturer’s proprietary fittings? Do you consider those (in general) a reasonable alternative?

Mueller: No. Did I say already that we are in an evidence-based profession? There is ample research showing the benefit of a validated prescriptive fitting compared to any given manufacturer’s proprietary fitting—you’ll see even more evidence from an article soon to be published by Mike Valente and colleagues.

And, we’re not talking about small differences. For example, in the Sanders et al4 research I mentioned earlier, we compared the SII of the proprietary fittings to that of the NAL-NL2. For the 55 dB SPL input, the average SII across five manufacturers for the proprietary fitting was .33 compared to .47 for the NAL-NL2. Perhaps even more illuminating are the findings from Leavitt and Flexer in 2012.5 They found, using premier hearing aids from the Big 6, that when the products were programmed to each manufacturers’ proprietary algorithm, the average QuickSIN score for a group of participants was 13.5 dB, whereas when those very same products were programed to the NAL, the average QuickSIN score was 7 dB—a 6.5 dB improvement. That’s huge. For one product, there was an average 10 dB SNR improvement simply obtained by programming the hearing aids correctly!

Beck: I noticed that in the book you also had some advice for the HCPs who tend to rely on their “clinical experience.”

Mueller: Yeah—I’m always stunned by the person who says, “I don’t believe in those prescriptive methods; I have a better way to fit hearing aids.” You’re probably referring to the comments from Denis Byrne that we cited (of which we certainly agree): He said if you can’t write down the rules you use, you probably don’t understand what you do. And, if it’s not written down, no one else can do it and no one else can test whether it’s better or worse than some alternative approach. If you can’t evaluate your procedure, you can’t improve it.

Personally, I think we should sit back and thank the folks at NAL- and DSL-land for doing all the heavy lifting for us, rather than try to “outthink” them.

Beck: So then, we’ve talked a little about “what” and “why”—but many of our colleagues would probably like to know “how?”

Mueller: To be clear, the book is not a 300-page sermonette on why you should do probe-mic measures. Most of the book is for those of you who are already on board. We go through all the various procedures and techniques—even if you’re a beginner, you’ll be able to follow along. We then provide step-by-step protocols to test most anything you can think of related to hearing aids. We also have a chapter that illustrates how these measures fit into a complete hearing aid fitting protocol.

Beck: And I’m sure that protocol covers much more than targets and fitting to targets. That is, there’s a vast multitude of special features and circuits to be tested and verified.

Mueller: Right you are. Directional technology, digital noise reduction, bilateral beamforming, and streaming technology all can be verified in the real ear. Perhaps the special feature where real-ear assessment is the most critical is frequency lowering. If the lowered signal isn’t audible (which is too often the case), there isn’t much use of applying lowering in the first place. We talk about some new input signals that can facilitate this testing.

Beck: You mentioned earlier that we do have some new things happening with probe-mic measures. One of these is what is commonly called “Auto-REM”—that is, the hearing aid is automatically programmed to the fitting target through communication between the fitting software and the measured real-ear output. Nick Crowe and I wrote an article about such an approach in the April Hearing Review.6 Your thoughts on this type of approach?

Mueller: We indeed talk about this in the book. This automatic feature has been around for at least 10 years, but was limited to a few products, and only possible using one or two different probe-mic systems. Things have changed significantly the last couple years, and it’s now available from most major manufacturers and integrated with most probe-mic equipment. For those of us who for decades have become used to tweaking and tweaking to obtain a target match, this seems almost too good to be true. I am not aware of independent research showing the validity of this methodology, but the word on the street is that it works pretty well. Based only on anecdotal evidence, and a few case studies, my general thought is that best case, following Auto-Fit, your match to target will be good enough. Worst case, you’ll still be closer than if you hadn’t used it at all.

Beck: I certainly agree with your overall thoughts that conducting probe-mic testing with all our hearing aid fittings is the evidence-based thing to do, and the “right” thing to do. What do you say to all those HCPs who are not doing this testing?

Mueller: I’ve heard all the excuses: I don’t have time, I don’t have the equipment, and so on. To me, the thought process should not be complicated. If you are going to do audiologic diagnostics, you buy an audiometer. I don’t know one HCP who skipped this step and whistles the pure tones 250 to 8000 Hz. And so, likewise, if you are going to fit hearing aids, you buy a probe-mic system. And, you also make sure you schedule patients so that you have enough time for real-ear verification, just like any other medically-related discipline schedules the time needed to get the job done effectively. It’s as simple as that. I’ll close with a summary statement from our book:

Beck: Gus, besides our decades-long friendship and similar musical tastes—and clear admiration for craft beers—I must say this book is of tremendous importance, offers vast support and guidance for how hearing aids should be fit, and I encourage all of our colleagues to buy a copy and incorporate its methods. 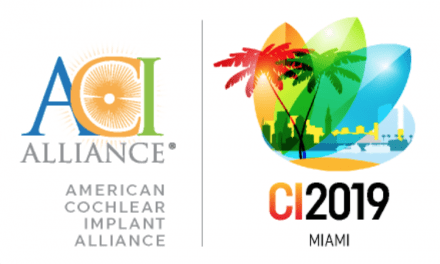 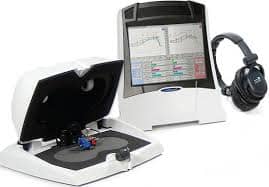