Validity, Reliability, and Efficiency of the Signia AutoFit Procedure 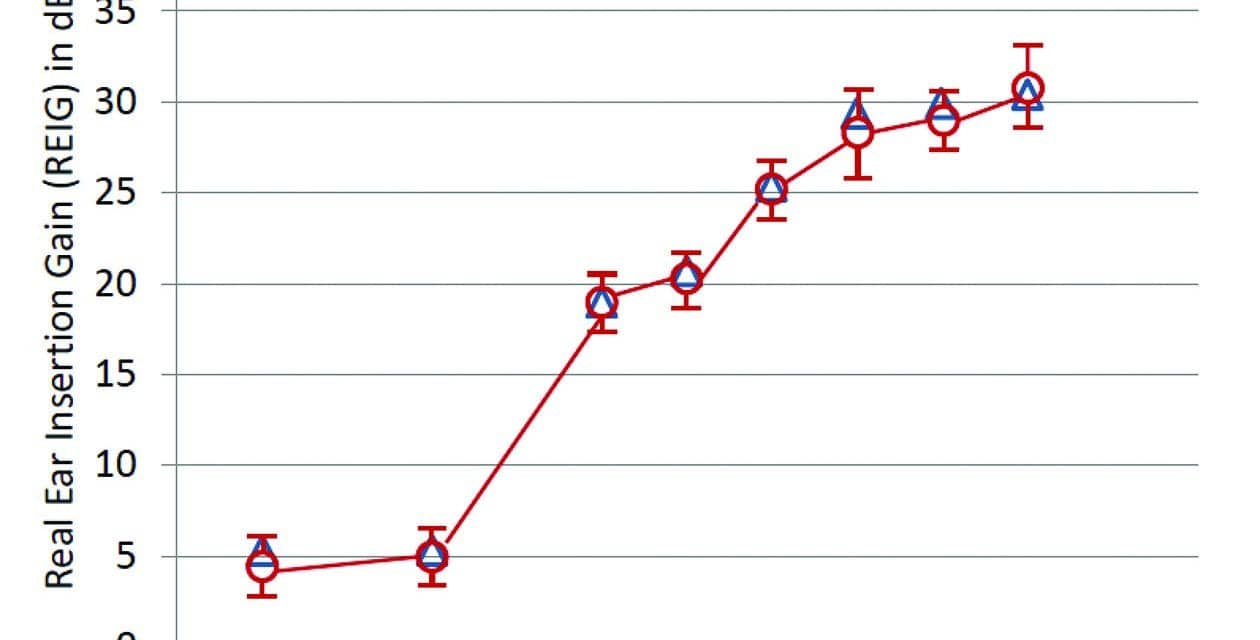 This clinical study shows that AutoFit is both valid and reliable, and can be an efficient and useful tool in the verification of the hearing aid fitting via the new IMC2 standard.

One of the fundamental goals of any hearing aid fitting is to establish desired individual gain and output, which then can be used for the initial programming of the instruments. Over the years, numerous prescriptive fitting formulas have been developed and promoted for this purpose. Two have withstood the test of time and are commonly used by audiologists and hearing aid specialists today: the National Acoustic Laboratories Non-Linear v2 (NAL-NL2) and the Desired Sensation Level v5 (DSLv5).

Both of these methods have considerable research evidence supporting their use and effectiveness (see Ricketts et al1 for a review). It has become common for manufacturers to also develop their own proprietary fitting algorithms, which differ somewhat from the established NAL and DSL. At least one of these algorithms also has been validated.2

Whether the algorithm selected is the NAL, the DSL, or is manufacturer-specific, it is important to keep in mind that the underlying theory is based on ear canal sound pressure level (SPL)—with the primary question being, “Is the desired amplified long-term average speech spectrum (LTASS) reaching the eardrum?” In hearing aid fitting software, numerous coupler-to-real-ear corrections are employed to simulate the expected ear canal output for the average person. While these corrections are reasonably accurate for the average ear, individual variations can be large enough to make a significant difference in the fitting. For example, in closed fittings, the real-ear-to-coupler difference (RECD) can vary by 5 dB or more among different adult ears. In open fittings, the residual real-ear unaided gain (REUG) can change the ear canal output significantly, and is very difficult to predict.

For these reasons and others, best practice protocols recommend the use of probe-microphone measures to verify the hearing aid fitting. These measures provide a reliable method to determine if desired prescriptive targets have been achieved in the real ear.3

Although clinically friendly equipment has been available for conducting probe-mic measures for 35 years, this verification procedure has not been embraced by the majority of individuals fitting hearing aids.3 There are many reasons why this verification method has not been readily adopted. Two common reasons that have been offered are:

If indeed these are valid reasons, then it would seem that the overall adoption of probe-mic verification would increase if the process was easier and faster.

To address the issues discussed above, nearly two decades ago Siemens Hearing Instruments introduced hearing aid software (Connexx 3.0) that communicated with probe microphone equipment (Siemens Unity). That is, using information obtained from the real-ear output, the frequency-specific gain of the instruments was automatically adjusted until a close match to target was obtained. The procedure was dubbed “AutoFit.” The accuracy and efficiency of this automated fitting approach was discussed as early as 2001 by Mueller,4 and later by Hinchcliffe.5

Although over the years the Siemens AutoFit procedure was clinically successful, the one limitation was that, for many years, the implementation was primarily tied to the Unity and one or two other probe-mic systems. In recent years, this has changed due to the HIMSA release of a new inter-module communication protocol 2, commonly referred to as IMC2. This now provides a standard method for direct communication between Noah fitting software and Noah real-ear measurement software.

IMC2 allows the fitting software to control the communication process and data needed for these tasks, and data can be transferred using the IMC2 protocol. Using this protocol, a fitting module can completely control the process by exchanging commands with the probe-mic measurement module. Prior to the start of the measurement, the fitting module may set such elements as signal type, signal level, and also can use prescriptive target curves with the probe-mic module. This means that proprietary prescriptive targets, previously not available on probe-mic equipment now can be verified within the AutoFit workflow. The procedure is also compatible with simultaneous bilateral fittings—another factor which can expedite the fitting process.

Even though AutoFit has a long history, given the new IMC2 implementation, it was appropriate to evaluate the accuracy and reliability of this revised protocol. A total of 17 adult ears (9 males, 8 females) were used for the testing. The hearing aids were the Signia Pure 7Nx, fitted using closed click sleeves. All fittings were to the same hearing loss: a typical downward-sloping configuration going from 25 dB at 250 Hz to 75 dB at 6000 Hz. The NAL-NL2 prescriptive method for a bilateral fitting for an experienced user was selected for both the hearing aid and probe-microphone software.

The Unity 3 probe-microphone system was used for all real-ear testing. The patient was seated 1 meter directly in front of the test-signal loudspeaker located at a 0° vertical and horizontal azimuth. The probe tube was inserted so that the tip was located 30 mm from the participant’s intertragal notch. Stored equalization was used, and the participants were instructed not to move their head following initial calibration. The step-by-step AutoFit procedure detailed in the Connexx fitting software and summarized in the Signia white paper6 was used for each participant. Once the AutoFit was finished, the complete procedure was repeated so that test-retest data would be available. This included removing and replacing the hearing aid/fitting sleeve, and a second measure of the REUG.

It was of clinical interest to determine if the AutoFit procedure resulted in a fit-to-target that was similar to that obtained using routine verification procedures. For that reason, following the second administration of AutoFit, real-ear aided response (REAR) testing was conducted using the ISTS (65 dB SPL input), and these findings were compared to the NAL-NL2 REAR targets generated by the probe-microphone equipment.

The testing just described allowed for the collection of three data sets:

As described, AutoFit was conducted on 17 ears, and the resulting programmed gain was compared to the NAL-NL2 REIG fitting targets. The results are shown in Figure 1. Displayed are the NAL REIG targets and the mean real-ear gain following AutoFit. As shown, the match was very close for all key frequencies (error bars represent ±1 standard deviation). The only frequencies where the differences exceeded 1.0 dB were 3000 Hz and 4000 Hz, and even in these cases the difference was only 1.5 and 2.1 dB respectively. For 500 Hz through 2000 Hz, no individual difference exceeded 2 dB. This degree of accuracy is greater than what is typically obtained through manual programming. 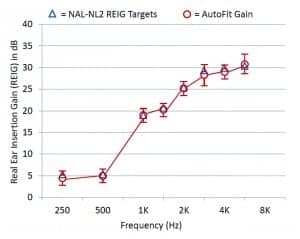 To assess the reliability of AutoFit, the entire procedure was conducted twice, which included repeating the REUG. We did not remove and reinsert the probe tube, as our question centered on the procedure itself, not the issue of probe tube placement. However, the fitting sleeve was removed and reinserted into the ear canal, so it’s probable that the tip of the tube moved to some degree between Trial 1 and Trial 2. 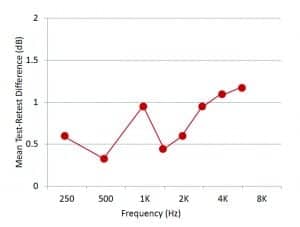 To assess the test-retest reliability, we calculated the frequency-specific differences (absolute values) between the two programmed REIGs, and obtained a mean of these differences (Figure 2). Observe that all mean test-retest values are at or around 1 dB or better. If we examine the individual data, there were a total of 136 values (17 participants x 8 key frequencies). Only eight (6%) exceeded 2 dB; the largest difference being 5 dB, occurring just once. Clearly, reliability of the AutoFit procedure is not an issue. In fact, the reliability for the AutoFit procedure is no worse than what one would expect by simply repeating the REUG.7The 95th confidence interval was 0.7 to 1.4 dB across frequencies in the current study.

As recently reviewed by Mueller and Ricketts,8 a question that many clinicians might have regarding AutoFit is: “Do I obtain the same results with AutoFit as if I had conducted verification in the customary manner?” For most individuals fitting hearing aids (at least in the United States), “customary” means using REAR-based targets and delivering a real-speech input signal, such as the ISTS, a procedure often referred to as speech mapping.

A final part of this study, therefore, was to assess AutoFit programmed gain in this manner, with a direct comparison to the NAL-NL2 REAR prescriptive targets. Consider that AutoFit uses a measured REUG, whereas the REAR-based verification procedure assumes an average REUG. Hence, we would expect that for an individual with an unusual REUG, we might not see good agreement between the two verification methods—this doesn’t make one right or wrong, they’re just two somewhat different approaches to fitting hearing aids. 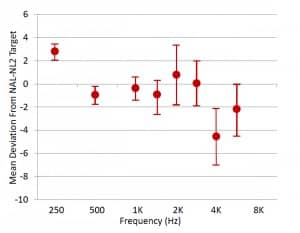 The results of the comparison are shown in Figure 3. Testing was conducted using a 65 dB SPL ISTS input. As can be observed, the mean findings show a good match to NAL-NL2 REAR targets. For clinical purposes, we normally consider falling within 3-5 dB of prescriptive target acceptable. The only frequency where the 95th confidence level is greater than 5 dB is at 4000 Hz, where mean output fell 4.5 dB below target. While we did not analyze individual REUGs, we speculate that our participants had an average REUG that differed somewhat from normal at this frequency. That is, if the participants had an average REUG at 4000 Hz that was 5 dB smaller than normal, AutoFit would have applied 5 dB less output at 4000 Hz to match REIG target, which would then result in 5 dB below target when REAR was assessed. Overall, however, we find these results to be very acceptable. 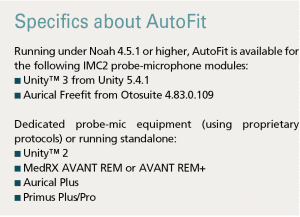 While AutoFit has a 20-year history of successfully fitting hearing aids, given the new IMC2 interface, a reassessment of the procedure seemed appropriate. Our findings clearly confirm that AutoFit is both valid and reliable, and can be an efficient and useful tool in the verification of the hearing aid fitting. Moreover, the AutoFit approach agrees nicely with other fitting procedures that require more time and effort.

Biographies: Joachim Baumann, MSc, is Corporate Product Manager for Diagnostic Equipment at Sivantos GmbH in Erlangen, Germany. He has degrees in Electrical Engineering and Electro and Psychoacoustics. Thomas A Powers, PhD, is a longtime industry audiologist and the Managing Member of Powers Consulting; and Eric Branda, AuD, is Director of Product Management at Sivantos Inc, Piscataway, NJ.

Correspondence can be addressed to Dr Powers at: Drtompowers@comcast.net 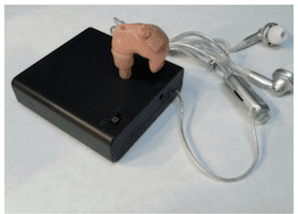 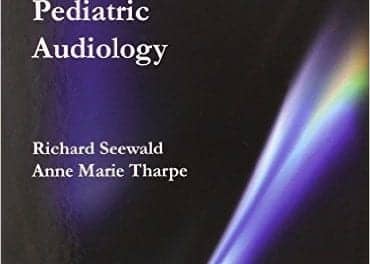 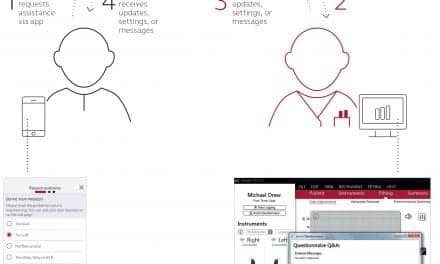