Hearing aid manufacturer, Beltone, Chicago, Ill., has announced that its Beltone Promise™ Hearing Aid will be worn by Morgan Freeman in the upcoming Richard Loncraine film, Life Itself. The film is a comedy based on the Charlie Peters screenplay adaptation of Jill Ciment’s novel, Heroic Measures, about an older couple who, after 40 years, decide to sell their Brooklyn, NY home.

“We’re excited to see one of our award-winning Beltone products making its Hollywood debut,” says Beltone president Todd Murray. “With over 34 million Americans experiencing hearing loss, it’s great to see that Hollywood is shining a spotlight on this issue for those who live with it.”

The Beltone Promise is a virtually invisible hearing aid that wirelessly receives sound directly from TV, cell/home phone, stereo, PC, and iPod, via an industry-leading 2.4 GHz signal. The hearing aid is patterned after the ear’s natural ability to smoothly adapt to changing listening environments. It uses an advanced micro-processor circuitry so users can seamlessly adjust to their surroundings as they move throughout their day. Beltone Promise hearing aids come with many features that can be personalized to users’ lifestyles and hearing needs.

Life Itself, currently in production, isdue out in theaters in the fall.

Technology for the Wild 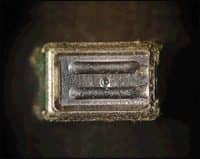 A New Spin on Wax Management: The Centrifuge and Hearing Aids