Typically, the focus of the design of a performance arts facility is to achieve a superior acoustical experience for the audience. Considerations of sound propagation, sound quality, reverberation, audience coverage, low background noise, sufficient direct sound, and sufficient early reflected energy seem to take precedence over the needs of the musician.

In this article, performance and rehearsal spaces are reviewed from the performing artist’s point of view. It is their workplace. Musicians need to work in acoustically comfortable environments which enhance their performance, avoid strain injuries, allow them to hear each other and play as a cohesive unit, and avoid excessive levels of sound to minimize the risk of hearing damage.

Music Rehearsal Spaces
The primary acoustical goal of a music rehearsal space is to allow the players and the teacher to hear each other well without excessive loudness. A second goal is to keep others from hearing them by providing good sound isolation.

The most common deficiency in the design of music rehearsal spaces is insufficient physical volume/ceiling height. Sound levels can be reduced both by increasing the room volume and by adding acoustically absorptive treatments.

Rooms with low ceilings and reflective parallel surfaces make poor rehearsal spaces since the sound and reverberation levels are high. These interfere with the musicians’ ability to hear each other well, and ear plugs may be a necessity. The installation of an absorptive acoustical ceiling and wall panels reduces the sound levels, but larger groups of musicians still can’t hear each other well because there are no beneficial early reflections from the ceiling and upper wall surfaces.

An optimal design should consider a physical volume of at least 17 cubic meters (600 cubic feet) per person. Typically, a ceiling height of at least 7 meters (about 23 feet) is required to achieve sufficient volume so that sound levels are maintained at acceptable levels.

Sufficient volume and ceiling height allows the possibility of providing a well-balanced combination of reflective diffusing treatments to the upper room surfaces to spread sound efficiently around the space, provide a reasonable level of reverberation for good sound quality and sufficient cross-room early reflections to enhance hearing and group playing. There are several suppliers of acoustical treatments specifically for music rooms that have adopted and supported this design philosophy.

Orchestra Pits
Similar factors influence the design of orchestra pits. Bigger (volume) is better, although not as much volume is required as in a rehearsal space since the orchestra pit is coupled to the volume of the main hall, generally through a front-of-stage opening. A reflective ceiling is preferred for inter-musician intelligibility and to propagate sound out of the pit, but there should be sufficient acoustical treatment to allow sound control, and that treatment should be variable, depending on the number and types of musicians.

This can be accomplished through the use of large areas of moveable stage drapery and local treatments around drum kits, for example. The amount of sound propagating into the hall can also be controlled by providing removable panels over some of the exit area. If the pit is too small, flexibility is limited and there may be no way to effectively control either the acoustics or the overall sound levels.

Individual Practice or Teaching Rooms
It would be wonderful if we all had large rehearsal spaces with great acoustics available to use for individual practice or teaching, but of course most teaching spaces are practically and necessarily small. Since teacher and student are located close to each other, they can hear each other well without extensive ceiling reflections; however, a high-efficiency suspended acoustical tile ceiling (eg, one with a high noise reduction coefficient [NRC] rating) is appropriate.

Absorptive wall panels can also be useful in bare rooms with no other furnishings. However, in many practice rooms, wall surfaces are covered with bookshelves and other furnishings which tend to have the same effect. Inter-room privacy is also important, and acoustical doors and sound isolating walls, ceilings, and ductwork should be considered in the design.

Performance Spaces
The best workplace of all is a well-designed performance hall. It has only been relatively recently that the four essential features of a good performance hall have been determined. These are: 1) An adequately intense sound level (for both the listener and the musician); 2) Sufficient early sound reflections; 3) Sound that is evenly distributed throughout the hall, and 4) Reverberation characteristics that are appropriate for the music being played.

The reader is referred to an excellent book by Leo L. Beranek and published by the Acoustical Society of America titled, Concert Halls and Opera Houses—Music, Acoustics and Architecture.1 It contains over 200 photographs and architectural drawings of 100 concert halls and opera houses in 31 countries, with rank-ordering of 79 halls and houses according to acoustical quality.

It is the proper balance of these essential features to which designers strive, not just for the benefit of the listeners, but also for the musicians and performers. In large proscenium-style theatres, stage shells have been developed to enhance the propagation of sound from the stage house into the audience with the added benefit of enhancing the musicians’ ability to hear one another without playing excessively loudly.

Halls are designed with variable acoustical features for different events. These include moveable stage shells, canopies, and ceiling areas to optimize early reflections and variable absorptive elements, such as banners, curtains, and reversible panels to keep reverberation within acceptable levels (Table 1). Truly multipurpose halls incorporate many such features so that a wide variety of entertainment can be provided at a single venue.

Computer-aided design (CAD) techniques, such as ray tracing, acoustical modeling, and auralization allow the virtual construction of a facility in cyberspace. This has resulted in better designs being put into practice, and it has also avoided costly embarrassments. 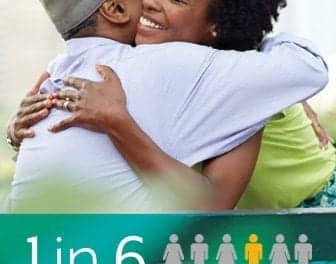